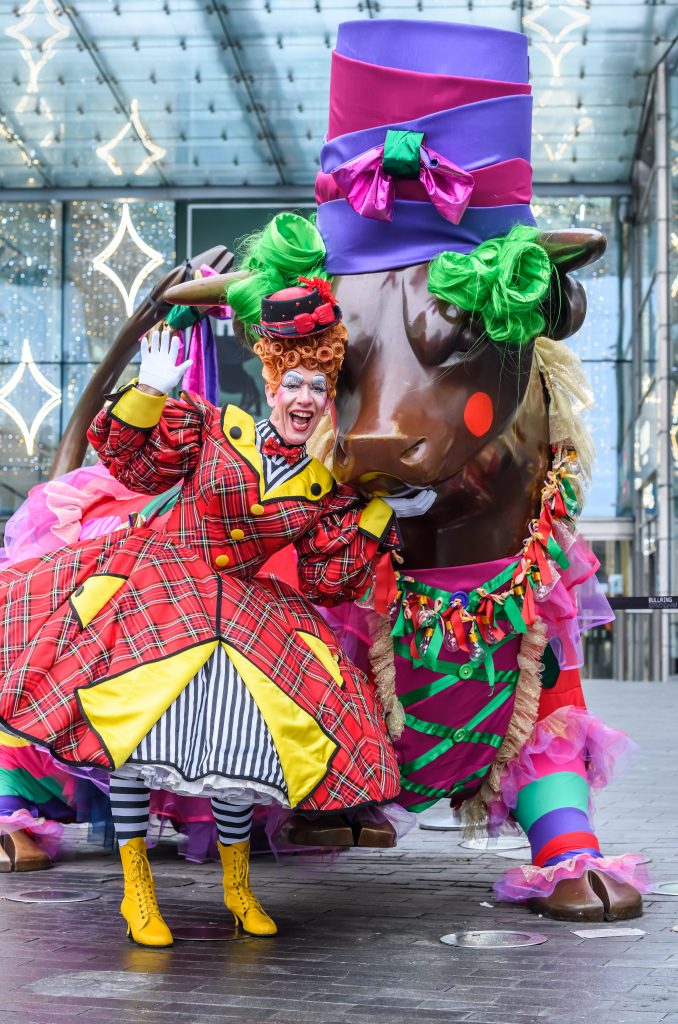 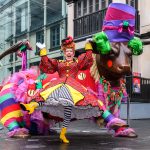 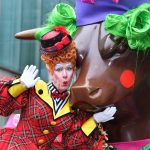 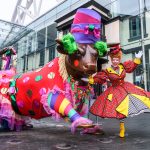 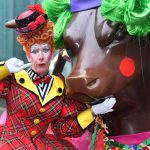 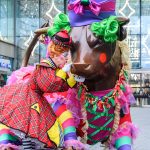 Andrew, who plays Nanny Annie Aspirin in the production which opens on Saturday, compared outfits with the bronze statue which is currently also dressed as a Dame to celebrate the festive season. Take a look at the photos in the gallery above.

Created by Laurence Broderick, in February 2015 it was listed as one of the world’s great sculptures and weighs six tonnes.

Snow White and the Seven Dwarfs plays from Saturday 21 December 2019 – Sunday 2 February 2020. The spectacular production features Lesley Joseph as the Wicked Queen, Matt Slack as Muddles, Joe McElderry as The Spirit in the Mirror, Faye Brookes as Snow White, Flawless as The Wicked Queen’s Men, Doreen Tipton as The Lady in Waiting, Andrew Ryan as Nanny Annie Aspirin and Jac Yarrow as The Prince. For more info and to book tickets click here.

To find out more about Christmas at Bullring & Grand Central visit bullring.co.uk.