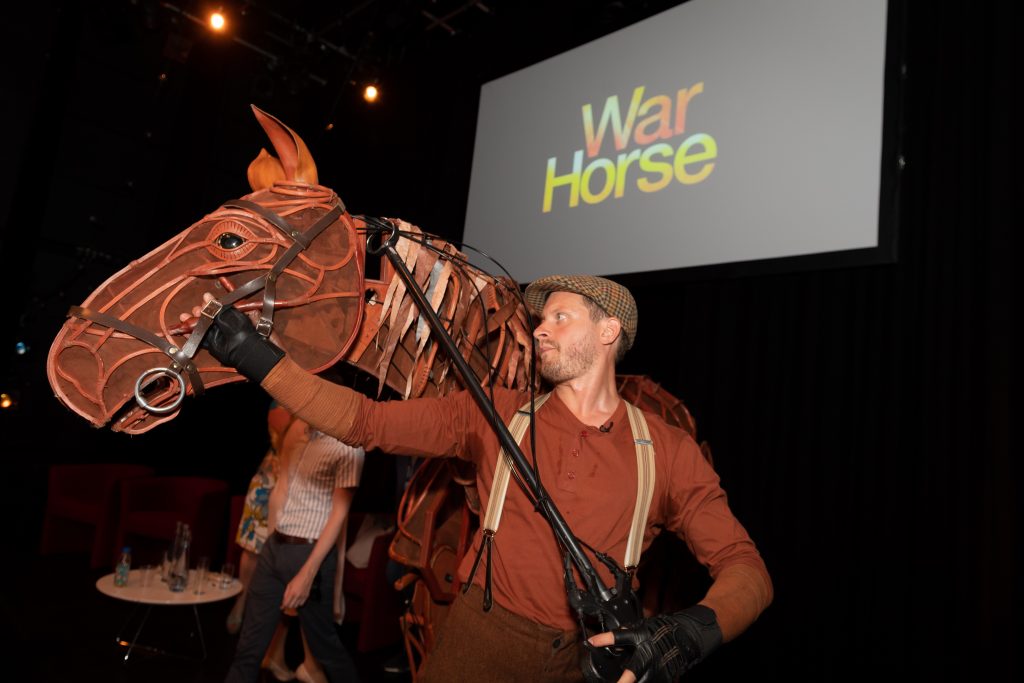 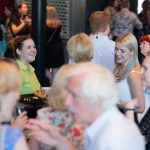 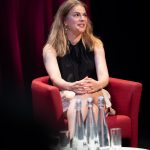 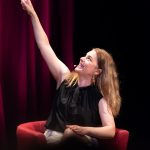 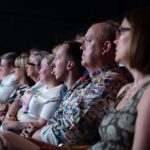 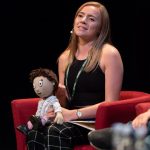 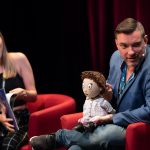 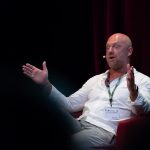 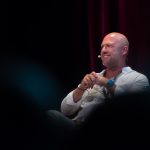 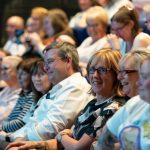 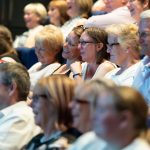 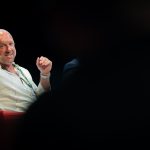 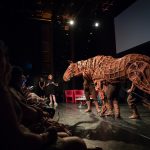 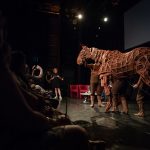 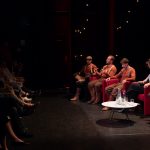 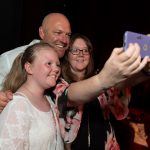 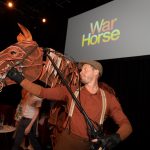 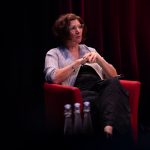 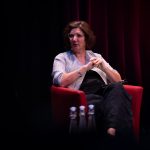 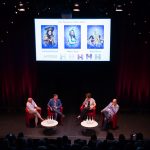 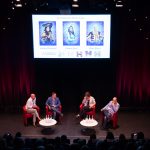 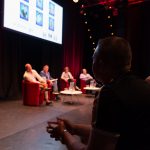 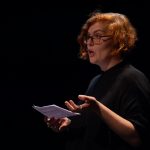 Yesterday, we opened up our doors for an exciting evening of sneak peeks and extra special guests (including a four-legged friend).  Our yearly Season Taster, hosted by radio presenter Ed James and our Artistic Director and Chief Executive Fiona Allan, was a night not to be missed, with the hotly anticipated Panto cast announcement and Q&As with the teams from Tall Stories Emily Brown and The Thing, Rosie Kay Dance Company and National Theatre’s War Horse.

On arrival, guests were treated to a special bowl food tasting, specially prepared by our in-house catering team, before taking their seat in the Patrick Studio. After a welcome speech from Fiona, Rosie Kay from Rosie Kay Dance Company joined the stage to discuss the story behind her upcoming show in our Patrick Studio, MK Ultra.  She discussed her choreography triumph at the Common Wealth Games handover and details of her plans for the future. It was announced on the night that Rosie Kay Dance Company is now part of the new Hippodrome Associate Company programme, which includes Zoo Nation, Motion House and Sonia Sabri Company. As part of the Hippodrome’s artistic ambitions, we will work with these companies to produce, premier and tour dynamic work, indoors and outdoors, on our main stage and in the Patrick Studio.

Up next we heard an extract from Emily Brown and The Thing, a popular children’s story by Cressida Cowell, brought to life on the stage. The extract was read by the leading lady herself who will be playing Emily Brown, Sophie Alice. The fun and festive family show will be in our Patrick Studio from Mon 17 Dec to Sat 6 Jan, for its only UK dates before it heads to New York and on a US tour.

Then, the big reveal! The cast announcement for our amazing Panto this Dec. Fan favourite Matt Slack returns as the beloved Smee whilst The Osmonds star, youngest member and “Long Haired Lover From Liverpool” singer Jimmy Osmond will play the part of Captain Hook. He will be joined by Panto newcomer, Wolverhampton-born TV star Meera Syal as the Magical Mermaid and  Union J star Jaymi Hensley who makes his Birmingham Hippodrome debut as Peter Pan. We also have Britain’s Got Talent stuntman star Sascha Williams playing the part of The Drunken Pirate, while acrobatic troupe The Timbuktu Tumblers will feature as The Neverlanders.

Just when you thought that was enough excitement for one evening we had an extra special appearance from Joey, four-legged equine star of upcoming war drama War Horse based on the novel by Michael Morpurgo. We then heard from the puppeteers behind Joey’s personality and body language before he trotted off to our Champagne Summer Garden for a nibble on the freshly laid grass. Our Summer garden will be in our atrium all week, so if you fancy a glass of bubbles before BRB’s Romeo and Juliet, there’s still time to book (You never know who might appear).

Here’s what our guests had to say about the evening….

So I’ve said this many times but becoming a Patron @brumhippodrome was one of my better decisions in life! We’ve been treated so well tonight at the #seasontaster all for free!! The money we donate is used so well and I urge you all to jump on board! #theatreislife #patron

Awesome night co hosting the season taster @brumhippodrome with @Fiona_Allan .. the most exciting season yet is about to start! #theatre #birmingham pic.twitter.com/OHIovwt4fT

Here @brumhippodrome for the launch of the new season with #mkultradance a development of #10Soldiers for the main stage AND to be announced as an ASSOCIATE COMPANY alongside the incredible @SoniaSabriCo @MotionhouseDT and @ZooNationUK #excited #thrilled #westmidlands pic.twitter.com/LyWFYUgRM2