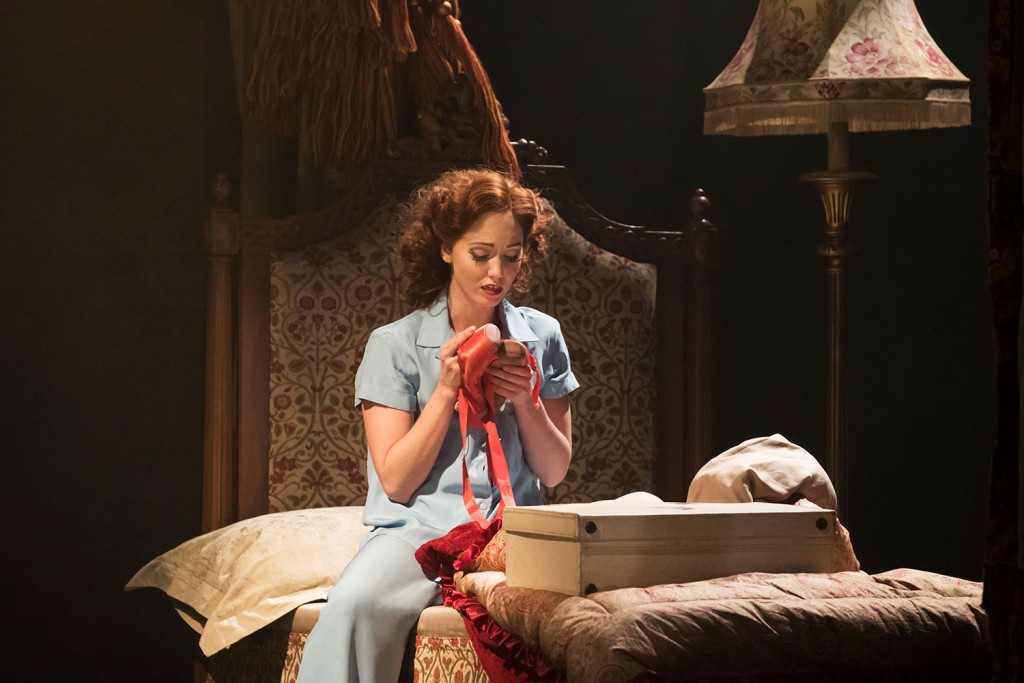 Birmingham Hippodrome and New Adventures are delighted to announce that the world premiere tour of Matthew Bourne’s production of The Red Shoes will make an unprecedented return to the venue in July 2017 as part of an extended UK Tour.

Due to popular demand, The Red Shoes will return to Birmingham Hippodrome from Wednesday 19 July – Saturday 22 July 2017, it was announced today.

The production sold out at The Lowry in November 2016 and has already sold out at Birmingham Hippodrome before its first visit in February 2017. Full tour schedule below. www.new-adventures.net

The World Premiere tour of The Red Shoes opened at the Theatre Royal Plymouth in November and is now five weeks into a sold out eight week Christmas season at Sadler’s Wells, where it opened to rave reviews. The performances at Sadler’s Wells are the fastest selling in New Adventures history.

The role of “Victoria Page”, the girl who dreams of being a great dancer, immortalised on screen by Moira Shearer, has been created by New Adventures star, Ashley Shaw, most recently seen across the UK and internationally as “Aurora” in Matthew Bourne’s Sleeping Beauty. Rising star and fellow “Aurora”, Cordelia Braithwaite, also plays the role, along with Sleeping Beauty favourite Katrina Lyndon in her principal role debut (at certain performances).

Sam Archer who created the title role of Edward Scissorhands in 2005 and who has starred in Cinderella, The Car Man and Play Without Words has returned to the Company to play the iconic role of Svengali-like Impresario “Boris Lermontov”. One of New Adventures’ finest leading men, Chris Trenfield, also plays Lermentov, as well as musical genius, “Julian Craster”; the man with whom Victoria Page falls in love. Sharing the role of Julian will be one of New Adventures most popular dancers, Dominic North, who was last year nominated for his second National Dance Award, along with rising star Andrew Monaghan who has already debuted leading roles in Swan Lake, The Car Man and Sleeping Beauty.

Completing the principal cast are the leading dancers of the Lermentov Company. Prima Ballerina, “Irina Boronskaja” is played by Michela Meazza, who returns to New Adventures where she has danced and created many leading roles (including “Lady H” in Dorian Gray, “Joyce” in Edward Scissorhands and “The Stepmother” in Cinderella). She is joined by Company favourites Anjali Mehra, most recently seen as both “The Queen” and “The Girlfriend” in Swan Lake and Nicole Kabera, who most recently played “Queen Eleanor” in Sleeping Beauty.

“Ivan Boleslawsky” the role made famous by Robert Helpmann has been created by one of New Adventures finest young dancers, Liam Mower (the original West End Billy Elliot but now taking on his seventh principal role with New Adventures). Also playing Ivan is popular company dancer, Danny Reubens, who scored a great personal success recently as “Jack” in Lord Of The Flies.

Company choreographer and ‘character dancer’ “Grischa Ljubov”, has been created by veteran company dancer, Glenn Graham, who as well as playing “The Swan” in Swan Lake has recently been seen as “King Benedict” in Sleeping Beauty. Also playing the role of Grischa will be Leon Moran recently seen in Sleeping Beauty, The Car Man and as “Jim” in Edward Scissorhands.

A beloved fairy-tale and Academy Award-winning movie, The Red Shoes has seduced audiences and inspired generations of dancers with its tale of obsession, possession and one girl’s dream to be the greatest dancer in the world. Victoria Page lives to dance but her ambitions become a battleground between the two men who inspire her passion.

This World Premiere is set to a new score arranged by New Adventures Associate Artist, Terry Davies using the mesmerizing music of golden-age Hollywood composer, Bernard Herrmann (most famous for his collaborations with Alfred Hitchcock, Orson Welles and Martin Scorsese), whose work ranges from the witty and playfully robust to the achingly romantic and bittersweet.