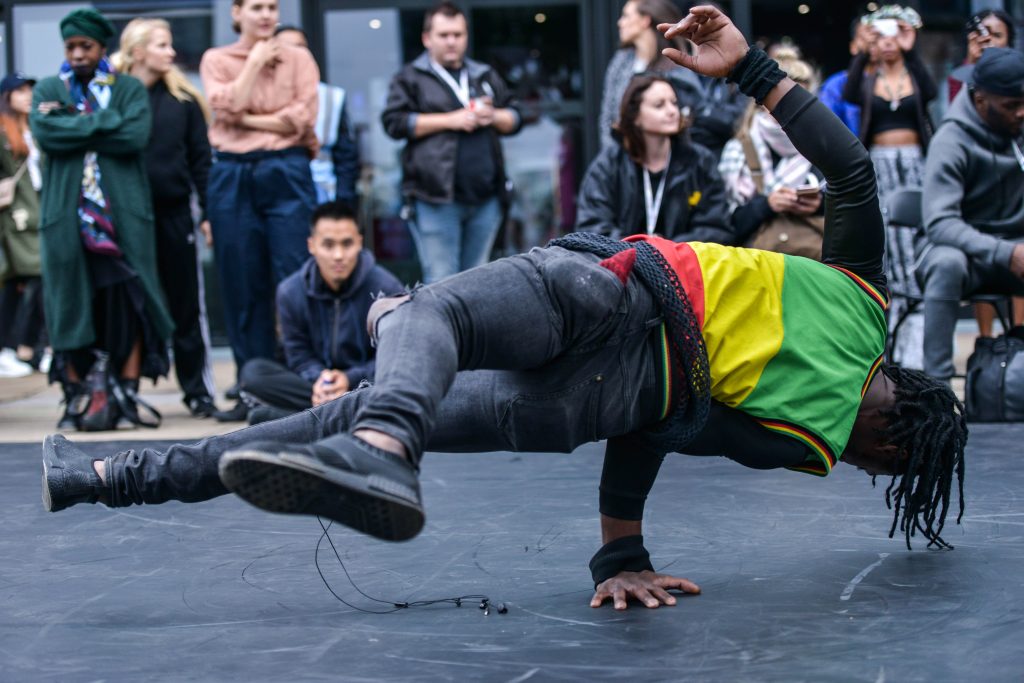 The streets of Southside were alive with the sights and sounds of Hip-Hop earlier this week as performance artists from across the city came together for the launch of Birmingham’s first, annual B-Side Hip-Hop Festival.

Produced by Birmingham Hippodrome in partnership with The Old Rep and curated by the city’s many hip-hop talents including Break Mission, Dance Nuvo, Juice Aleem and Mickeal ‘Marso’ Riviere, B-Side Hip-Hop Festival is the first, annual festival of its kind to take place in Birmingham. Following in the success of Summer in Southside 2016, this three-day festival – covering all aspects of contemporary hip-hop from graffiti to breakin, street dance to spoken word – brought together over 70 performers, wordsmiths and artists from across city plus an additional 150 local street dance competitors from across the country. The event attracted an estimated 5000 visitors to Southside over the three day period.

Highlights of this year’s festival included The Hip Hop Conversation, a city-wide symposium hosted by local MC and rap artists Juice Aleem and DJ Silence exploring Birmingham’s independent and vibrant contribution to global Hip Hop culture, the Break Mission x Just Jam International semis and finals which saw b-boys and b-girls from across Birmingham compete in 1 vs 1 ‘poppin’ and ‘breakin’ battles for the chance to win a place in the national finals and a specially-commissioned performance of Remote by Birmingham-based theatre company Frantic Assembly, an exhilarating piece of physical theatre created by ‘Ignition’ in partnership with the Old Rep, the company’s UK wide training programme for young men aged 16-20.

Fiona Allan, Artistic Director and Chief Executive of Birmingham Hippodrome said: “Since my appointment twelve months ago, I have been both delighted and inspired by the energy and commitment that goes into bringing our spectacular programme of outdoor events to life. As a theatre, Birmingham Hippodrome is widely regarded as one of the best stages in the world for dance and is strongly committed to providing a platform for international talent across all art forms. By bringing together the best of Birmingham’s local Hip Hop talent with some of its leading exponents from across the globe, I hope we can continue to expand our reach, deepen engagement and grow an audience that is truly reflective of our city – namely, young, dynamic and diverse!”

‘We were delighted to once again to bring Southside to life through the city’s first B-SIDE Hip-Hop Festival.  Working with some amazing national and internationally respected artists, performers and partners, the event brought huge numbers of participants and new audiences to the district through a mix of free performances and events.  Building on the success of its early pioneering artists, performers and producers, and more recent large-scale events in the city that include Breakin’ Convention, City of Colours, and forthcoming Hip Hop 360, Birmingham is once again re-establishing itself as an important global producer and consumer of all things Hip-Hop.  We can’t wait to get started on the planning for next year’s festival!’