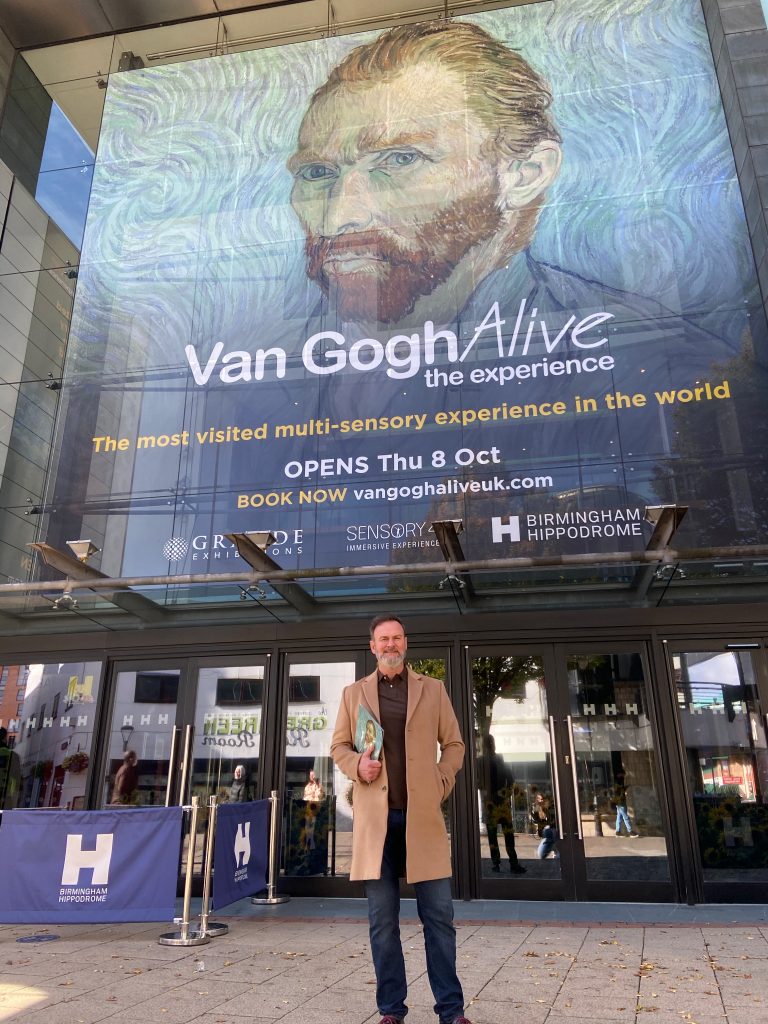 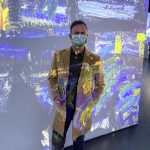 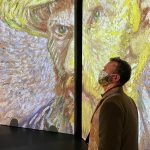 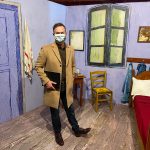 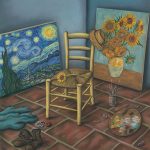 As we approach the last couple of months of 2020, it seemed as if a visit to Birmingham Hippodrome was going to escape me this year for the first time in as long I can remember. Thank goodness for Van Gogh Alive.

This fantastic immersive experience is far more than just an exhibition. It has highlighted the resilience of Birmingham Hippodrome and its resourceful team to the greatest extent. 121 years after opening, the Hippodrome team are showing their flexibility in a way that can hopefully provide a platform which will be a success for them. After my visit, I really hope that this is the kind of experience that they can continue to do more of, even when “normality” resumes.

Birmingham may be the “second city”, but what a coup for us to be the first city in the UK to play host to Van Gogh Alive. It was amazing to see Birmingham Hippodrome’s doors open again. During the pandemic, a lot of people were starved of good food; the relief on customers’ faces when they returned to Purnell’s after we reopened was incredible. And we’ve also been starved of great culture. So, thank you to Birmingham Hippodrome for bringing a bit of culture back to the city. There are only so many episodes of soap operas that we can watch!

I’ve always loved art. I’ve always drawn and painted. I’m obviously now a chef, which itself is a culinary art. As a young man I was drawn to Van Gogh and his style of painting- from his heavy brushstrokes to his more delicate touches in his portraits. When I started painting with oils, I used to try and emulate some of his styles and try and develop them. One of the things I admire about Van Gogh is that people didn’t really understand him at the time. If he was alive and painting now, he’d probably be more understood. I guess you could say he was a bit rock and roll, and that’s what I love about him. He was very dramatic with what he painted; he never half-painted anything. He always went full hammer. He was an all or nothing kind of man… a bit like me!

Despite being a huge fan of Van Gogh, I didn’t really know what to expect from this exhibition. I didn’t know if it was going to be a huge display of paintings lined up, but it’s far from that. I’ve been fortunate enough to see Starry Night in all its glory at the Museum of Modern Art in New York, which was fantastic. But to walk into the Birmingham Hippodrome and have the combination of the music, the visuals and the smells was a different feeling altogether. It was actually a very emotional experience. The hairs on the back of my neck stood up when I was walking round.

The way in which some of the paintings actually move is remarkable and is done in such a way that it is respectful to the work. You can’t enhance a masterpiece, but you can certainly make it more accessible, and that’s exactly what this exhibition does. It takes Van Gogh’s masterpieces and makes them even more comprehensible in a very graphic and modern way.

For me, as a bit of a fan, this exhibition was pure indulgence of the great man. But even if you’re not as aware of Van Gogh, his life, his history and his work, this is the perfect setting to discover something that you may not have looked at in depth before. This is so different to picking up a book and reading about him, or watching a documentary, or even learning about him from a museum or gallery. With this exhibition, you’re actually walking the walk with him. It’s an experience on another level; it’s so visual, in a way that makes you absorb it in a completely unique way. You walk around and it’s constantly changing around you. When I walked into the Sunflower Room at the end, I felt like I’d walked into the painting. One of my favourite parts was going into ‘his bedroom’ – I felt like I could feel the size of the room he lived in. Obviously, we’ve all seen it in the famous painting, but to physically put yourself in there is different, and I felt like I was in a part of history. I almost felt like I’d walked in his shoes and absorbed what he saw.

When I was a young man learning my trade, I spent a lot of time working and living in France. I’ve got so many great memories of that time, and this exhibition actually brought back a lot of those emotions. Seeing certain paintings reflected those times – Café Terrace at Night, for example, reminds me of finishing work after a dinner service in a restaurant and walking down the street to get a beer or a coffee in one of the small French cafes. That painting brings back those feelings in such a vivid way.

Another painting which evokes great emotions for me is Starry Night Over the Rhone. Starry Night itself is obviously a phenomenal painting, but Starry Night Over the Rhone just reminds me of when I worked in that region, just south of Lyon. To see a painting which was painted in the 1880s, of somewhere that I lived in the 1990s, brings back so many memories. It goes without saying that Van Gogh was so advanced to paint that kind of art in 1888, which would be so relevant to me- a young man from Chelmsley Wood, visiting and working in France, over a century later.

The mental health element of Van Gogh and his work is sadly so relevant today, as well. To see a man who was so tortured, yet so gifted, who continued to paint these masterpieces despite, and probably because of, his personal issues is eye opening. In those times, he wouldn’t have had the same support networks in terms of people and places to reach out to and talk to that we do now, so he expressed himself through his paintings. Ultimately, it’s very sad, and he must have been a man who was very locked in himself.

The Van Gogh Alive experience from start to finish really did blow me away. Even the merchandise and the gift shop are on another level. If you want an ‘earaser’ (an eraser in the shape of an ear!) then look no further than the gift shop.

I’ve got a painting at home which I absolutely love. It’s by a Birmingham artist called Paul Horton and it’s called A Gift for Vincent. I look at it every day and love it. Van Gogh has been such a massive influence on my life, that one of my sons is actually called Vincent after the great man. And it doesn’t get any better than that. Thank you, Birmingham Hippodrome, for bringing this exhibition to our city. I can’t wait to come back with my three children, and to introduce Vincent to Vincent.

Click here to book your tickets to Van Gogh Alive.