This exciting triple bill includes Balanchine’s Apollo, the perfect vehicle to display the Company’s classical skill and artistry, sees the return of Juliano Nunes’s Interlinked, premiered earlier this year to great acclaim, and welcomes back David Bintley‘s ever-popular, bittersweet and poignant look at human impact on the world.

A colourful host of endangered animals seek shelter from the storm in David Bintley’s ‘Still Life’ at the Penguin Café. Featuring a morris-dancing flea, a ballroom-dancing ram, a hoe-downing rat, a majestic zebra and many more, this is an “unforgettable” (Sunday Times), witty and enjoyable, yet bittersweet and poignant look at human impact on the world. All danced to Simon Jeffes’s delightful score, originally composed for the Penguin Café Orchestra.

The “quiet perfection” (The Guardian) of Apollo highlighted the genius of its creator, the then 24-year-old George Balanchine, and launched his lifelong partnership with the composer Igor Stravinsky. This most exquisite of ballets was regarded by Balanchine as his artistic coming of age. Its pared back elegance gives the perfect platform for the Company’s world-class dancers to shine.

Brilliant young Brazilian choreographer Juliano Nunes’s Interlinked was premiered in summer 2022 as part of the Birmingham 2022 Festival. Described as “stretching ballet’s mould” (The Guardian) with a specially composed score by Australian composer Luke Howard, this beautifully abstract piece explores ideas of grace, beauty and harmony in ways that push the usual boundaries of classical dance.

Up to 2 Under 16s HALF PRICE with every full-paying adult (limited availability).
Thu & Fri performances (excludes Price Band A+)

£5 off standard price tickets in all seating areas.
2 for 1 for disabled patrons who require the service/support of a companion

Discounts and Concessions are offered subject to availability at the discretion of the Information and Sales Manager. Top three price bands only, unless otherwise stated. Restrictions may apply. Only one discount per ticket may apply, unless otherwise stated. Offers are non-retrospective and cannot be used in conjunction with any other offer. Valid ID must be presented where applicable. Additional discounts may be offered from time to time.

The Sunday Express on 'Still Life' at the Penguin Café

The Sunday Times on Apollo 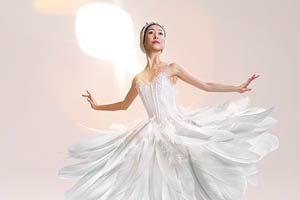 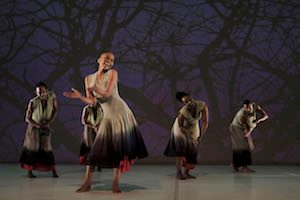 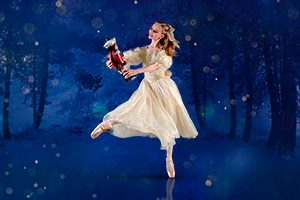