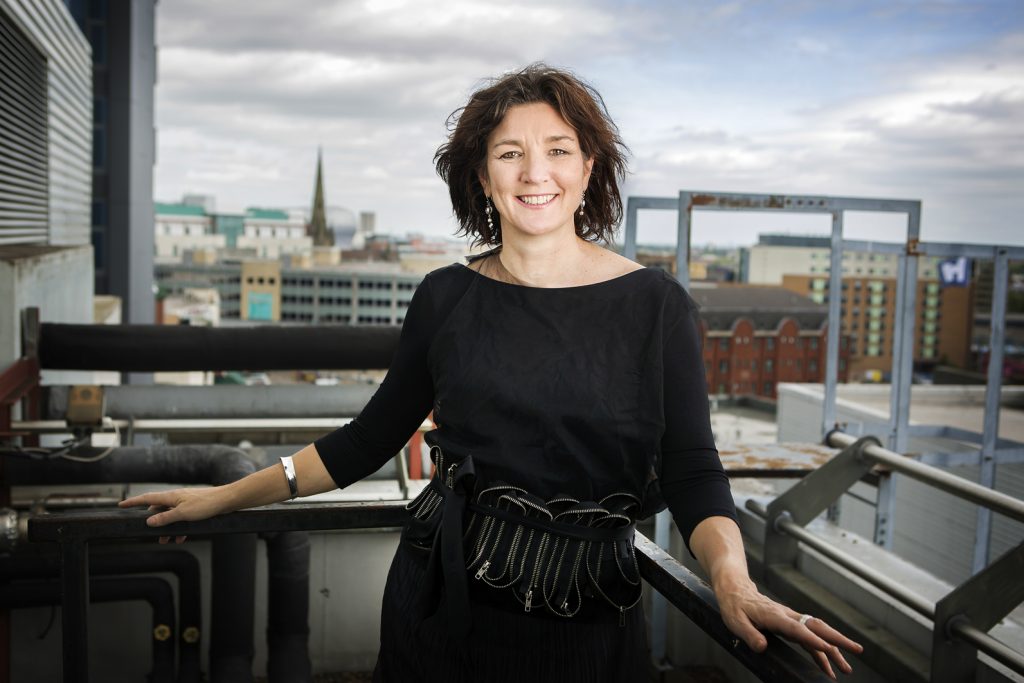 As it’s International Women’s Day I’ve been reflecting on some of the remarkable women who’ve inspired me and influenced my career journey. My maternal grandmother was an independent, sporty woman who learnt to surf standing up in the 1920s.  When I was in my teens, my mother took the helm of one of Australia’s financial institutions, and when I started my career, my first five managers were all strong, opinionated Aussie women.  Perhaps with these influences it was somewhat inevitable I’d become a woman who’s not backward in coming forward!

I’ve been in Birmingham a little over five years now, and have found many women working in the cultural and creative sector who are doing incredible work, and speaking up. Too many in fact to write up in just one blog- there may need to be sequels. For now, here’s a list of some go-getting local cultural woman who are definitely worth a follow.

A recently returned Brummie, Cassie Chadderton is the CEO of World Book Day, so she has been very busy recently! Luckily for me, she lives in my street, and a socially distanced dog walk or two has been a great chance to catch up on her literary recommendations. You can find Cassie on Twitter here and World Book Day here.

I first met Immy Kaur when she was invited to join Birmingham Hippodrome’s board a few years ago, just after she co-founded Impact Hub in Digbeth and was busy producing TedxBrum.  An activist and social entrepreneur, her current project, building on the work of Impact Hub, is Civic Square at Port Loop.   I’ve learned so much from Immy – just listening to her speak makes my brain fire in different ways. Join the 20,000+ other people who follow her active Twitter account here.

Choreographer and dancer Sonia Sabri is the Artistic Director of her eponymous dance company, exploring contemporary approaches to Kathak, and working with amazing collaborators. Whilst I’ve enjoyed watching her perform at mac and the Hippodrome, my favourite moment with Sonia was sitting with her on our foyer floor as she showed me traditional North Indian storytelling techniques. Follow Sonia on Twitter here and read a terrific recent interview with Sonia here.

If you don’t know Pippa Frith, head here for to find out more about one of the region’s busiest producers and a champion of  independent artists, not to mention the Executive Producer of Fierce Festival. I’ve got to know Pippa better in last couple of years as we both serve on the ACE Midlands Regional Council together – she is another woman not afraid to speak her mind! Find her on Twitter here.

Representing the home team, Chilina Madon is Birmingham Hippodrome’s brilliant Director of Marketing & Sales. She holds responsibility for selling over £20m worth of theatre tickets year on year – no small task that – as well as all our communication with our audiences. So yes, rather a big job. Chilina is a complete data whiz, and has taught me a thing or two about pricing and revenue management. When not keeping us on our toes at the Hippodrome, Chilina is also a Trustee of Oxford Playhouse. Follow her on Twitter and LinkedIn.

I first met Elizabeth Lawal through her leadership of TedxYouthBrum, which the Hippodrome partners to present. Though after this year it would be difficult for anyone working in culture in the region not to know Elizabeth – her work with Culture Central to develop the More Than a Moment pledge – Action With and For Black Creatives – has gained widespread support across the sector and earned Elizabeth a place in The Stage’s Top 100, a list of theatre’s most influential people. She is also Producer for Coventry City of Culture as well, focussing on young people at risk of exploitation. Follow her on Twitter here.

Last but definitely not least, I’ve been a huge fan of choreographer Rosie Kay ever since I saw her groundbreaking dance work Five Soldiers in an army drill hall and learnt that in order to research the work properly she did a residency with an army regiment which included full battle exercises on Salisbury Plain!  Amongst other things, she also choreographed the live Commonwealth Games Handover event in 2018 – no small feat – and once convinced me to dance in public at Grand Central in a pop up community performance.  This says a lot about her powers of persuasion! Find out more on Rosie’s Twitter here.