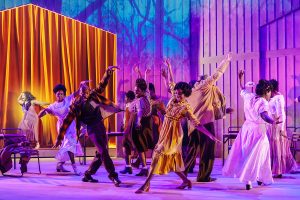 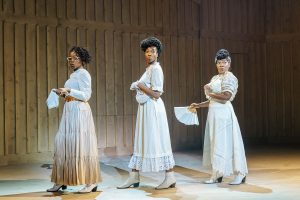 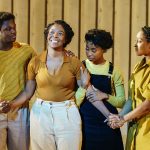 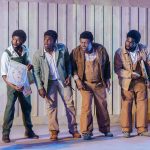 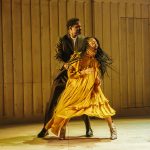 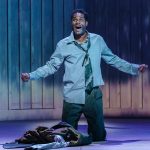 Leicester’s Curve theatre and Birmingham Hippodrome have today revealed plans to tour the critically acclaimed, award-winning co-production of The Color Purple this Autumn.

Having previously only played to UK audiences in London, Leicester and Birmingham, thanks to support from Arts Council England’s National Lottery Funding, the musical is now set to visit six new cities across England and Wales.

Co-producers Birmingham Hippodrome will open the tour from 13 to 17 September, the production will then visit Theatre Royal Plymouth (27 September to 1 October), Royal & Derngate Northampton (4 to 8 October), The Lowry in Salford (11 to 15 October), Wales Millennium Centre in Cardiff (18 to 22 October), Mayflower Theatre Southampton (25 to 29 October), finishing its run at Norwich Theatre Royal (1 to 5 November). Listings and ticket information can be found below.

Curve and Birmingham Hippodrome’s co-production was originally staged in 2019 and received an incredible response from critics and audiences alike, winning the WhatsOnStage Award for Best Regional Production and earning Danielle Fiamanya The Stage Debut Award for her performance as Nettie. During lockdown in Spring 2021, Curve – in association with Birmingham Hippodrome – reunited the company to share a special digital production of the show which was streamed by over 20,000 people in the UK and Ireland.

The production is directed by Tinuke Craig and the full cast and creative team will be announced in due course.

Speaking about the news, Curve’s Chief Executive Chris Stafford and Artistic Director Nikolai Foster said: “Tinuke Craig’s exquisite production of The Color Purple goes from strength to strength and we are thrilled it will embark on a UK tour this autumn following a hugely successful run at Curve and at Birmingham Hippodrome in 2019. This marks the first time The Color Purple has toured UK venues and we are thrilled audiences across the country will be able to experience this incredible story and the power of this beautiful, life-affirming musical. Huge thanks to our friends at Theatrical Rights Worldwide and Arts Council England, who have been instrumental in making it possible for Curve and Birmingham Hippodrome to tour our award-winning, critically acclaimed production.”

Chris Sudworth, Director of Artistic Programme at Birmingham Hippodrome, said: “After a phenomenal response from our audiences in 2019, we are delighted to be opening our exceptional co-production – made with our friends and partners at Curve – here at Birmingham Hippodrome in September. This first UK tour of The Color Purple is another step in the Hippodrome’s commitment to creating bold, relevant work at large scale that speaks to our city and the UK today.”

Peter Knott, Area Director, Arts Council England said: “It’s fantastic that so many more people will have the opportunity to see The Color Purple when the show tours the country later this year. This National Lottery investment through the Arts Council greatly widens opportunities to see the show, and we hope as many people as possible get that chance – from Plymouth to Northampton and beyond.

“As theatres welcome audiences back through their doors this year, we are proud to champion the role creativity plays in bringing people together, boosting wellbeing and helping the country to recover.”

Based on Alice Walker’s Pulitzer prize-winning novel and adapted for the stage by Pulitzer Prize and Tony award-winner Marsha Norman, Allee Willis, Brenda Russell and Stephen Bray,  The Color Purple tells the powerful and life-affirming story of courageous heroine Celie. Abused and oppressed throughout her youth, Celie embarks on a journey through joy, despair, anguish and hope, discovering her own unique voice thanks to the incredible women in her life. From an unbreakable bond with her sister Nettie, to friendship with fiercely independent Sofia and a life-changing affair with glamorous singer Shug Avery, Celie learns to love herself.

With a profoundly evocative score by Grammy award-winners Brenda Russell, Allee Willis and Stephen Bray and drawing inspiration from jazz, ragtime, gospel and blues, this landmark musical celebrates life, love and the strength to stand up for who you are and what you believe in.

Tickets are on sale today (Monday 24 January) to Birmingham Hippodrome Friends and on general sale at 11am Tuesday 25 January. Book your tickets here or call 0844 338 5000*