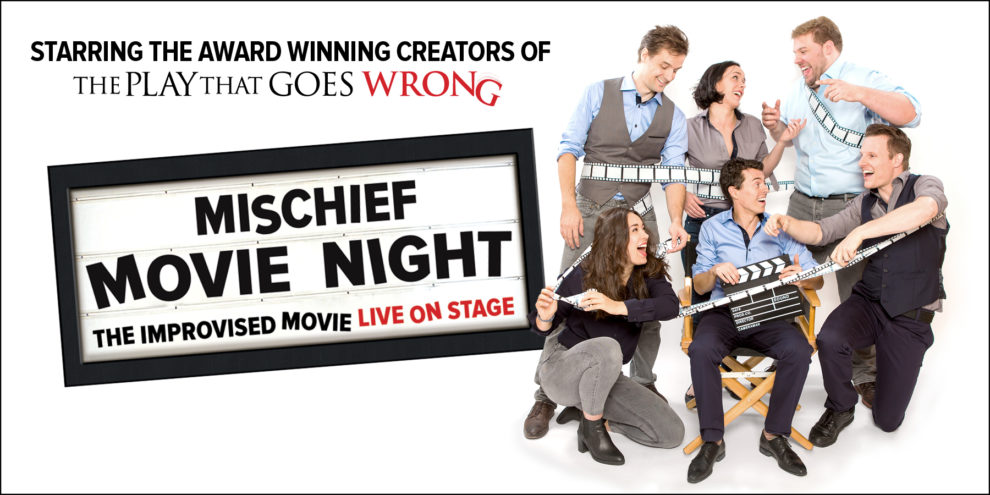 Directed by you, every night is a guaranteed comedy blockbuster!

"Cinema-spoofing long-form improv from the Mischief Theatre troupe and ye gads, they're good"

Please Note: The Patrick Studio is a tiered seated venue 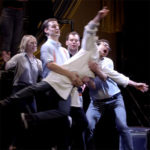 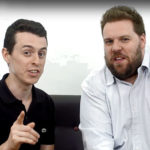 Direct from a sold-out West End run and their return from six months on Broadway, Mischief Theatre, the multi award-winning company whose smash hit comedy The Play That Goes Wrong has fast become a global phenomenon, are returning to their comedy improv roots with Mischief Movie Night, the improvised movie live on stage!

Mischief Movie Night invites you to suggest a genre, location and title and Mischief will bring the show to life, complete with rewinds, fast forwards, director’s cuts and a live score.

Share in the hilarity of a Mischief Movie Night. Starring them, directed by you, every night is a guaranteed comedy blockbuster! 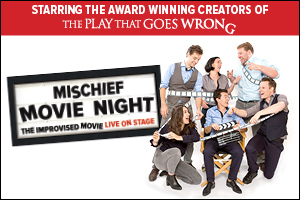 Directed by you, every night is a guaranteed comedy blockbuster!