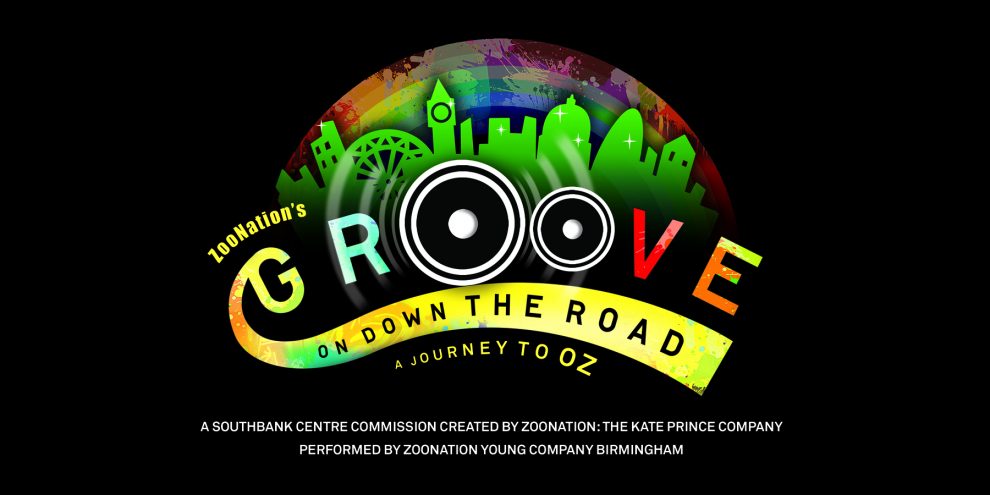 Groove On Down The Road

Follow Dorian and his red sneakers down the yellow brick road...

This production is affected by Birmingham Hippodrome’s temporary closure. Unfortunately, Groove On Down The Road has been cancelled. Ticket holders have been contacted. For further information, please click here.

Set in a fantastical urban world, ZooNation: The Kate Prince Company’s Groove on Down the Road tells the story of Dorian and his adventures with Toto, Scarecrow, Tin Woman and Lion on their journey to Oz. The audience join Dorian, complete with red sneakers, and friends in this hip-hop dance production as they follow the yellow brick road in a quest to find happiness and family.

Originally written and directed by Kate Prince and commissioned by Southbank Centre, the production will include music from the 1978 film The Wiz, re-mixed with current hits by ZooNation’s Musical Director, DJ Walde.

ZooNation Young Company (ZYCBrum) is a collaboration between Birmingham Hippodrome and ZooNation: The Kate Prince Company. It’s the first ZooNation young company outside London and is made up of the most talented young hip-hop dancers in the City. Led by Artistic Director, Rhimes Lecointe, the company train weekly in foundations and hip-hop styles, learn from guest teachers and present new work at the Hippodrome and beyond.

£5 off standard price tickets
2 for 1 on standard ticket prices for disabled patrons who require the service/support of a companion.
Limited availability
CLICK HERE for more information on our Access Performances