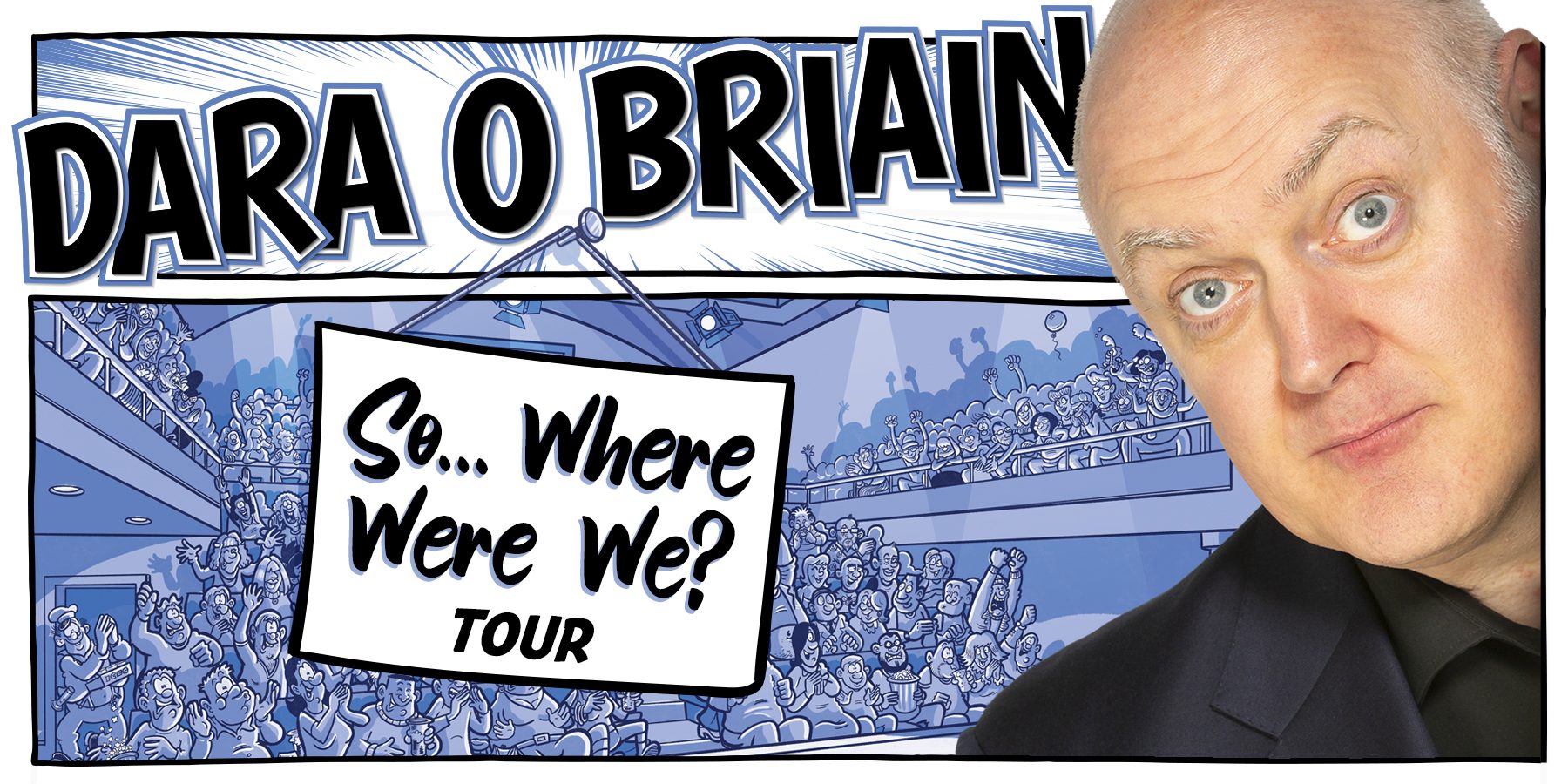 Off The Kerb Productions

A masterclass in intelligent, no-frills stand-up

Dara Ó Briain is back on tour, with a brand new show!

At the end of his last tour, Dara had performed the show ‘Voice Of Reason’ 180 times, over 2 years across 20 countries, from Auckland to Reykjavik, and by March 2020 he was ready for a break!

He would now like to apologise for saying that and will never wish for anything like that again.

Yes, he’s back on tour, and he will never stop again, because that’s clearly what caused all this trouble. Instead, in his new show So, Where Were We? Dara will hardly mention the last two years, because, Jesus, who wants to hear about that? Instead, Dara will fire out the usual mix of stories, one-liners, audience messing and tripping over his words by talking too quickly because he’s so giddy to be back in front of a crowd.

Approximately 2 hours and 10 minutes including an interval

£5 off standard price tickets in all seating areas.
2 for 1 on standard ticket prices for disabled patrons who require the service/support of a companion.
Limited availability

"The most memorable and probably the best show of his career"

“His set is a masterclass in intelligent, no-frills stand-up”