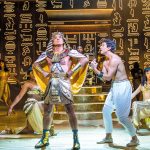 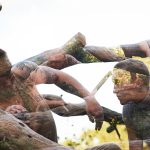 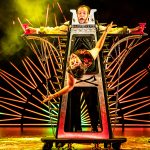 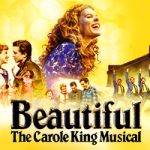 A spectacular new season of shows have gone on sale today (29 Nov), featuring new productions from Mischief, blockbuster musicals and the return of Matt Slack in panto…

Birmingham Hippodrome have announced Jason Donovan will return to the Hippodrome stage as the Pharaoh in Joseph and the Amazing Technicolor Dreamcoat (5-16 Apr) following his panto debut in Goldilocks and the Three Bears this Christmas.

The smash hit London Palladium production of Joseph and the Amazing Technicolor Dreamcoat will run at Birmingham Hippodrome for just two weeks only in April. Joining Jason will be Alexandra Burke as The Narrator and previous Hippodrome panto star Jac Yarrow as Joseph.

Newly announced productions for 2022 include Akram Khan’s Jungle Book Reimagined (29-30 Apr), a brand new dance show based on the original story by Rudyard Kipling. After a triumphant run of The Play That Goes Wrong in October, Mischief return to the Hippodrome in May with Magic Goes Wrong (24-29 May), their biggest comedy catastrophe to date, created with magic legends, Penn & Teller. A new production of the award winning West End and Broadway show Beautiful – The Carole King Musical, (30 Aug – 3 Sep) will hit the Hippodrome stage in summer, telling the inspiring true story of King’s remarkable rise to stardom.

Previously announced highlights include Matthew Bourne’s reimagined Nutcracker! (8-12 Feb) which will burst onto stage with delicious new surprises and family-sized helpings of Bourne’s trademark wit and magical fantasy. The most enchanted musical of all time, Disney’s Beauty and the Beast, (3-26 Mar) returns to the Hippodrome in March with a spectacularly reimagined production.

The new season sees the arrival of the much-awaited musicals which were rescheduled from 2020, including the timeless favourite Mamma Mia! (3-14 May), London’s smash hit musical comedy Waitress (16-21 May), We Will Rock You (4-30 July) with an extra two weeks added due to phenomenal demand and Les Misérables (9-27 Aug), returning to Birmingham after a sell-out run in 2019.

Birmingham Hippodrome’s Patrick Studio will be hosting a season of family favourites, including the magical Dear Santa (15 – 24 Dec), a charming festive family show which is the perfect introduction to theatre for children age 2+. In the spring, families can enjoy the stage adaption of Rod Campbell’s much loved book Dear Zoo (8-10 Apr) and Oi Frog & Friends!, (21-29 May) the Olivier Award nominated action-packed stage adaptation of Kes Gray and Jim Field’s bestselling books.

2022 in the Patrick Studio will also see the return of Unislam, (18 – 20 Mar), featuring performances from some of the UK and Ireland’s most exciting spoken word poets and Verve Festival of Poetry and Spoken Word (16-20 Feb), which is now celebrating its fifth year.

Chilina Madon, Director of Audiences and Communications at Birmingham Hippodrome said: “We have had a very special autumn here at the Hippodrome, welcoming back over a hundred thousand visitors in just over three months.

Our wonderful audiences have provided us with so much support and love while we were closed, and we can’t wait for them to finally experience our rescheduled productions that they have waited so patiently for, along with some absolutely stunning new shows.”

Chilina added: “The safety of our staff and audiences will continue to remain a top priority in 2022 and we urge ticket buyers to check our website and their pre-visit emails for the latest guidance of what to expect when visiting Birmingham Hippodrome.”