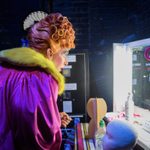 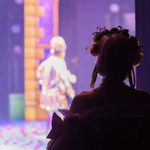 Birmingham Hippodrome has today (10 January) released exclusive backstage images of this year’s pantomime Dick Whittington which runs at the theatre until Sunday 29 January. Featuring ensemble members and crew, the images give audiences an opportunity to pull the curtain back and see behind the scenes of the ultimate panto adventure.

With sets and costumes from The London Palladium, spectacular special effects and plenty of audience participation, Dick Whittington is the perfect chance for audiences to come together and share the magic of live theatre.

The production features one of Britain’s most celebrated stars Marti Pellow as The Ratman, Birmingham Panto favourite Matt Slack as Dick Whittington, TV Doctor and presenter Dr Ranj as Spirit of the Bells, musical sensation Suzanne Shaw as Alice and Birmingham favourites Andrew Ryan as Felicity Fitzwarren and Doreen Tipton as Doreen the Cat.

Dick Whittington is at Birmingham Hippodrome until Sunday 29 January 2023.

I went to see Dick Whittington this week on Wednesday & absolutely loved it , full of fun, laughter, slap & tickle. Anyone that loves singing &:dancing will definitely enjoy this show.Would recommend especially to families. Really like all cast so funny & professional & Doreen your voice really surprised me well done to you all. 👏👌😃