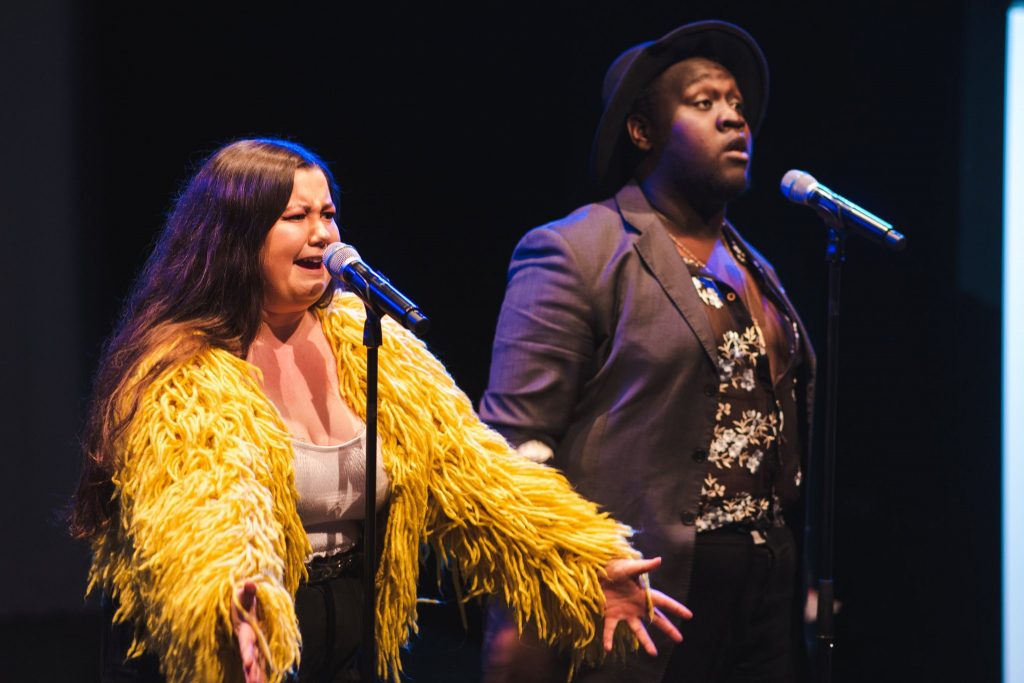 Birmingham Hippodrome have announced two new live streamed events which will put emerging talent from the city in the spotlight.

The two events will be the first-ever to be directly streamed by Birmingham Hippodrome as part of the theatre’s ongoing commitment to providing exposure and growth for young and emerging talent in Birmingham, the Midlands and beyond.

UniSlam 2021, the UK’s largest team poetry slam tournament, will broadcast its Semi-Finals on Saturday 20th March and Grand Final on Saturday 27th March. TEDxYouth@Brum will once again partner with Birmingham Hippodrome with a live broadcast event titled “Insert Future Here” on Tuesday 30th March. Tickets for all streamed events go on sale at 11am Thursday 4 March 2021.

Starting as a one-off event in 2013, UniSlam has grown into an annual festival and cornerstone event of the British spoken word calendar. The Semi-Final will see the country’s top 8 student poetry slam teams go head-to-head before being whittled down to the final 4 teams in The Grand Final as the chosen collectives compete for the champions trophy and prize package. Fresh, exciting talent will entertain audiences at home as Birmingham Hippodrome puts spoken word centre stage. Viewers can also expect electrifying performances from some of the most exciting poets in the UK alongside readings from high-profile judges including Inua Ellams, Mona Arshi, Paul Tran and Deanna Rodger. Tickets are priced from £5.

TEDxYouth@Brum is back again in 2021 following the successful sold-out conference in 2019 which focused on ‘An Age of Change’. TEDxYouth@Brum will capture how the spirit of innovation remains present within the city; highlighting how against the odds, young people in Birmingham are refusing to wait for the future they want and are using the power they have to transform the world as we know it today. Hosted by Birmingham’s Yshee Black; speakers include Rakeem Omar, Casey Bailey and Cassandra Nelson with performances by Xhosa Cole, Lady Sanity and Darcy Holmes. Tickets are free but must be booked in advance.

TEDxYouth@Brum has also given an opportunity for Birmingham Hippodrome’s Young Advocates to work on a bespoke digital project that will feature as part of the conference. The group are part of a pilot programme which will see them receive mentoring, training and skills development to build the group as leaders – now and in the future – as they help shape Birmingham Hippodrome’s work with and for young people. The Young Advocates will also gain the experience of being TEDxYouth hosts on the conference day to further share the event with their networks of young people across the region.

Chris Sudworth, Director of Artistic Programme at Birmingham Hippodrome said; “We’re delighted to be partnering with TEDxYouth@Brum and UniSlam for a third year. We are so proud that these online streams, the first events streamed directly by Birmingham Hippodrome, will amplify the voices, creativity and ideas of our city’s young people.

“2020 was a monumental year, with multiple crises affecting people globally and locally. I can’t wait for the event to celebrate the change young people have driven already, and to hear their visions of a reimagined and fairer future. All of this chimes exactly with our own vision for the future of Birmingham Hippodrome to live out our commitment to make Inclusion central to all we do.”

Tickets for UniSlam Semi Finals (20 Mar) and Grand Finals (27 Mar) plus TEDxYouth@Brum (30 Mar) go on sale at 11am  Thursday 4 March 2021 at birminghamhippodrome.com.