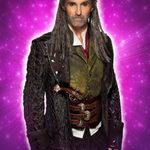 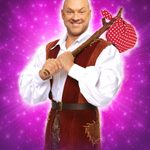 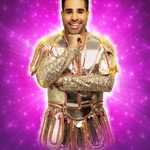 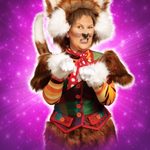 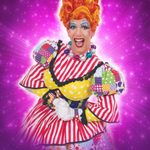 Birmingham Hippodrome today (Thu 1 Sep) announced an exciting all-star cast line-up for the ultimate pantomime adventure, Dick Whittington. The show will see the return of one of Britain’s most celebrated stars Marti Pellow as The Ratman, Birmingham Panto favourite Matt Slack as Dick Whittington, TV Doctor and presenter Dr Ranj as Spirit of the Bells and musical sensation Suzanne Shaw as Alice.

The UK’s biggest regional panto, which will feature sets and costumes from The London Palladium, will also see the return of Birmingham favourites Doreen Tipton as The Cat and Andrew Ryan as The Dame.

Marti Pellow makes a return to panto in Birmingham after a much-celebrated season at the theatre in 2015 as Abanazar in Aladdin. Marti is one of Britain’s best-loved stars, and together with his songwriting partner and musical director, Grant Mitchell, Marti will write several of the songs for this year’s pantomime where he will star as the evil Ratman. The pantomime comes after a busy couple of years for Marti. Even while fans were forced to stay home, Marti performed his enormously popular online Lockdown Sessions, which became a real source of solace, enjoyed by over 12 million people. In March of 2021, Marti released Stargazer, his latest major label studio album. In 2022, Marti undertook the second leg of that Greatest Hits tour, visiting another fourteen prestigious venues across the country. He has also announced the 40-date Pellow Talk tour for late 2022.

Marti joins Matt Slack, who has established himself as one of the country’s leading pantomime comics. Matt returns to Birmingham Hippodrome for a record-breaking ninth consecutive year, with Dick Whittington marking his 20th pantomime.

Dr Ranj is known to a generation of children for his CBeebies’ series Get Well Soon and Get Well Soon Hospital and to young and old alike for his fancy footwork in the ballroom in the 2018 series of Strictly Come Dancing, where he made it through to the seventh week. Alongside his work as a practicing doctor working in the NHS, Dr Ranj appears on ITV’s This Morning, is a columnist and writer, and proved his needle skills in the 2020 Christmas Special of The Great British Sewing Bee. He has fronted ITV1’s Dr Ranj: On Call, Save Money: Good Health, Save Money: Lose Weight and his new series, Extreme Food Phobics for W Channel.

Suzanne Shaw rose to fame in 2001 after she auditioned for ITV’s Popstars and won a place in the band Hear’say. The group’s debut single was the fastest selling non-charitable record in UK chart history, selling over 1.3 million copies. When the band split in 2003, Suzanne returned to her roots and has gone on to carve out a successful career in musical theatre, plays and television, where highlights include Roxie Hart in the West End production of Chicago and Narrator in Joseph and the Amazing Technicolor Dreamcoat. Suzanne returns to Birmingham Hippodrome panto after playing the title role in Cinderella back in 2017.

Marti, Matt, Ranj and Suzanne will be joined by regional treasure Doreen Tipton, who over the past few years has morphed effortlessly from YouTube sensation to Queen of the Black Country. This year she will grace the stage as Dick Whittington’s trusty sidekick, Doreen the Cat. Completing the line up as The Dame is Andrew Ryan, who’s return will mark his 36th pantomime and 32nd year as Dame.

Chief Executive of Crossroads Pantomimes, Michael Harrison, who will produce and direct Dick Whittington said: “The Birmingham Hippodrome pantomime is a real jewel in the crown of pantomimes in the UK. It’s fitting to be announcing such a stellar and talented cast today to bring to life our epic production of Dick Whittington. With the combined talents of Marti, Matt, Ranj, Suzanne, Doreen and Andrew, together with the magnificent sets built for The London Palladium, this will be a very special trip to the theatre for all the family”.

On the casting, Birmingham Hippodrome Artistic Director and Chief Executive Officer Jon Gilchrist, said: “We’re delighted to have such an amazing cast on board for Dick Whittington, including the return of Hippodrome favourites Marti, Matt, Suzanne, Doreen and Andrew along with Dr Ranj who will make his Birmingham panto debut. Birmingham Hippodrome’s pantomime is a highlight of the festive season for so many. After seeing last year’s show as a visitor, I cannot wait to experience my first panto since joining the team earlier this year.”

Join Dick Whittington and his trusty cat as he seeks fame, fortune, and happiness journeying to become the Lord Mayor. Dick Whittington will run at Birmingham Hippodrome from Saturday 17 December 2022 and will play until Sunday 29 January 2023.

Tickets for Dick Whittington can be booked here.