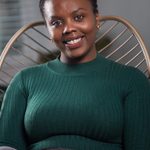 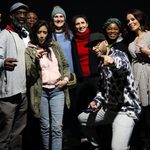 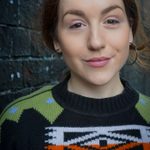 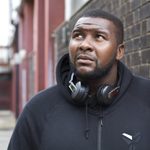 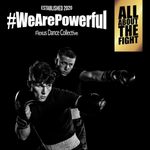 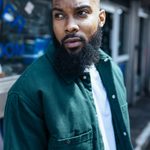 Alongside our new concert musical To The Streets!, which opens at Handsworth Park this Friday, you’ll also get to enjoy a whole host of additional live performances alongside some tasty street food and specialist drinks. Find out more some about some of the performers who’ll be joining us at Handsworth Park below.

John Bernard is a Coventry based Poet, Rapper and Writer who uses his artistry to inspire, influence and invigorate his listeners. He has featured on BBC Radio 3’s The Verb, BBC Radio 5 Live, BBC Contains Strong Language Festival and BBC 1xtra as well as performing regularly around the UK.

Soulful are a collective of three different age groups that sing and rap with an urban gospel flavour full of soul. Young people that have come through Soulful have gone on to start their own careers within the music and creative sectors. Soulful were the leading choir for The Coventry Mysteries 2006, have supported Beverly Knight and recorded vocals for The Specials.

Adjei Sun (also known as a.sun) is a poet, storyteller and community organiser based in Birmingham. Themes of his poetry include mental health, masculinity, identity and love. In 2021, he performed for Ted X Youth Birmingham and in 2022, Adjei performed internationally at the Dubai World Expo. He has also performed for international audiences to open BBC World Questions and to welcome the Queen’s Baton into Victoria Square on the evening before the opening ceremony of the Commonwealth Games.

Ashlee is a writer, broadcaster and drama facilitator for Birmingham Hippodrome. She also hosts a weekly radio show which focuses on community, care and creativity in Birmingham.

Rick Sanders, aka Willis the Poet, is a regular headliner and featured poet on the Birmingham circuit.

On the national stage, Willis won the 1st round of the InkBomb slam competition in Bristol, was runner up in the Wolverhampton Literary Festival Slam and has performed in Manchester at the Evidently World War Four slam competition, the Hammer & Tongue Slam in Bristol and at the Stafford Gatehouse on the open mic at the Bang Said The Gun tour. He has appeared at the Cheltenham Poetry Festival, the poetry tent at Lakefest and as the emerging talent at Apples & Snake’s Bright Smoke event with the RSC in Stratford.

Based in the West Midlands, Flexus Dance Collective will be performing #WeArePowerful, an explosive dance piece. Set against an original composition by Matthew Peters and Wolverhampton-based Grime Artist TB, the work promotes the resilience and strength of our young generation.

Aston Performing Arts Academy aim to empower the lives of young people aged 6-24 through creative and performance arts. Having performed at various prestige venues across the UK including Selfridges, Bullring and Birmingham Chamber Awards, APAA continue to deliver high quality musical entertainment for all ages within the Midlands. Their performance sees APAA deliver a soulful acoustic performance of four iconic songs ranging from Chaka Khan to Michael Jackson.

Cassandra Wiggan is a spoken word artist born and bred in the heart of Birmingham. She is a conscious creator of love, light and thought-provoking art, a Youtuber and a lover of the outdoors.

Christian “Reload” Nembhard is an award winning musician who has recently ventured outside of the rhythmical constraints of song-writing to explore Hosting, Playwriting and Poetry.

As a musician, Christian “Reload” Nembhard has worked across some of the most prestigious performance venues in the country and has been commissioned by the likes of the Tower Of London, The Roundhouse, Arts Council, BBC 1xtra, Capital Xtra and Google to produce music, spoken word and poetry.

Whilst enjoying the live performances before To The Streets at Handsworth Park, you can also enjoy food and drink from some fantastic stalls…

The Horsebox Bar: Serving a range of draught beers, ciders and soft drinks

Gin Genie: Serving a range of gins, spirits and cocktails

Find out more about the show and book your tickets here.