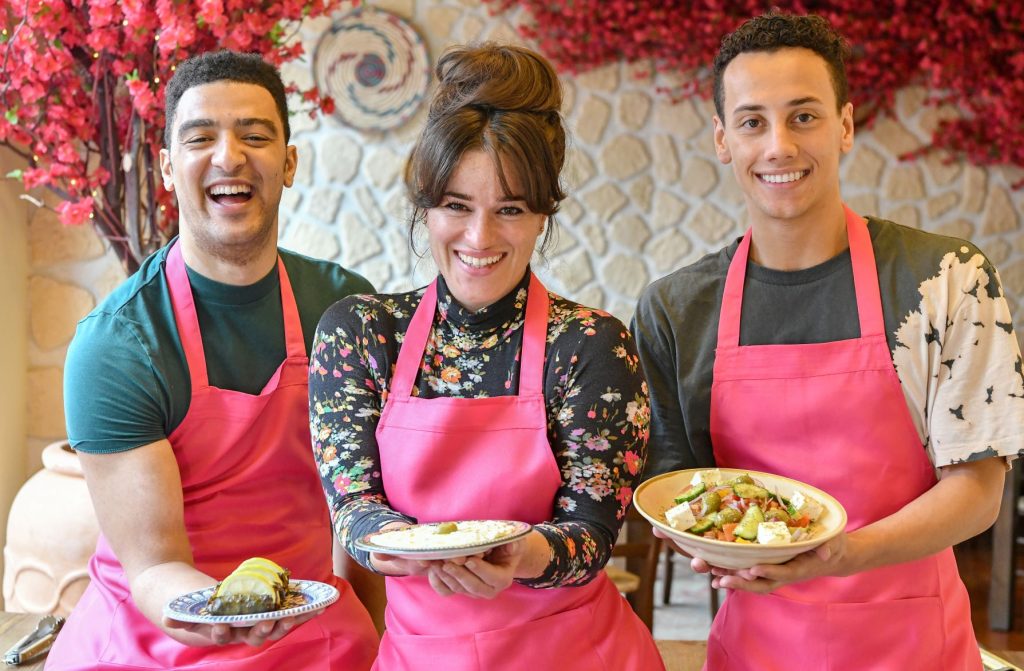 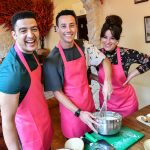 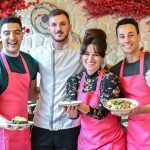 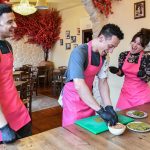 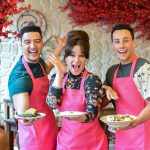 There was no need for an ‘SOS’ when MAMMA MIA! cast members Corey Mitchell, Natasha O’Brien and Kaine Ruddach paid a visit to Southside’s Mythos Greek Taverna yesterday afternoon.

The three are currently performing at Birmingham Hippodrome as part of a UK Tour celebrating the shows 20th anniversary, visited the restaurant to learn ‘the name of the game’ first-hand from Mythos chef Franko, who taught the pair how to make favourite Greek dishes including dolmades, tzatziki and a traditional Greek Salad.

Set on the fictional Greek Island of Kalokairi, the sensational feel-good musical MAMMA MIA! has gone from the West End to global phenomenon and is Judy Craymer’s ingenious vision of staging the story-telling magic of ABBA’s timeless songs with a sunny, funny tale of a mother, a daughter and three possible dads.

MAMMA MIA! runs at Birmingham Hippodrome until Sat 14 May, limited tickets remain and can be booked here.