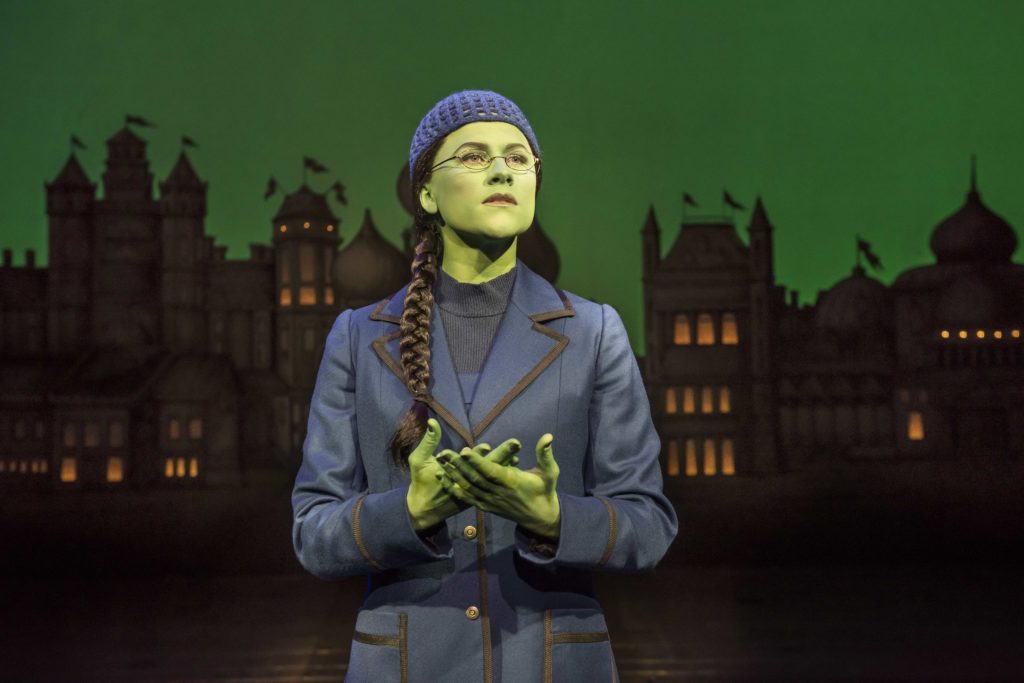 From its first ever performance in a small theatre in San Francisco back in May 2003, Wicked has now been seen by 50 million people worldwide. The spectacular musical discovering the story behind the magical Land of Oz portrays a perfect combination of heart-wrenching music, stunning costumes as well as a captivating story line that will leave audiences in floods of tears.

Similar to the original Broadway production, the London production of Wicked has been consecutively nominated each year since its opening in 2006. This production has also received a total of 25 nominations, and won 13 of them. The show has been nominated 5 times for an Olivier Award, and finally won one in 2010. It’s not surprise the show sells out almost every time.

Amy Ross starred as the one and only Elphaba in this year’s UK & Ireland tour, however I had the pleasure of seeing the fantastic Nikki Bentley, the standby, playing the role of Elphie. She brought a humorous and powerful characteristic to the role, which left me hanging on the edge of my seat. Also starring as ‘Molly’ in Ghost the Musical, ‘Princess Fiona’ in Shrek the Musical and many other incredible shows, Bentley gave a gravity-defying performance, with her stunning vocals and bold personality. She fitted the role perfectly, almost as if it had been specifically written for her, and gave a spectacular transformation of the ‘Wicked Witch of the West’. From a young student at Shiz University, bullied for her green skin, desperately trying to fit in and control her magic powers, to a truly wicked witch, who eventually uses her gift to her advantage, as she rises above all in Oz (quite literally), in her spectacularly iconic number ‘Defying Gravity’ that closes Act 1. The audience is clearly able to see her growth as a character throughout the show. She received a remarkable response during the bows, with a thunderous applause and standing ovation from the audience, which was more than well-deserved. A truly inspirational performance.

Helen Woolf gave an outstanding performance of the Good Witch ‘Galinda’. She made her performance look effortless, and created a beautiful, fun and bubbly character, leaving the audience in awe at her sheer beauty and courageous vocals. Woolf has previously starred as an understudy for ‘Galinda’ and ‘Nessarose’ in Wicked at the Apollo Theatre, ‘Rachel’ in Friends the Opera and many more magnificent roles. Throughout the performance, we get to see the slightly more ‘less perfect’ side to Galinda the Good Witch, as we take a trip back to when her and Elphaba were just roommates at the Shiz University. Woolf brings a certain humorous quality to the role, which really brought the character to life, and created a strong relationship between the audience and the character.

Helen Woolf and Nikki Bentley made a perfect pair. It was great to see their relationship develop throughout the performance, as well as their individual characters, and they left us all blinded by tears by the end.

Fiyero was performed by Aaron Sidwell, admittedly this casting choice came as a surprise, but during the performance, I could really see his charming character come through, and he executed a perfect relationship with both Woolf and Bentley.

Playing the role of Nessarose was Emily Shaw. Starring in other roles such as ‘Miss Honey’ in Matilda, this was an excellent casting choice. She created a loveable character who we got to know a bit better during the later section of the show, but altogether a stunning performance.

The ensemble created an amazing atmosphere, and really helped the show to come alive. With their bold costumes and heart-warming harmonies, it was an experience I will never forget.

This was my second time watching Wicked, the first in New York on Broadway about 8 years ago. I don’t remember a lot, but I do know that this performance was just as good as the show in America, and it was an honour to be able to see such a talented cast doing what they do best. It was clear to see everyone was enjoying their time on stage, and they were really passionate about what they were doing, which gave a more enjoyable experience for everyone.

The set design, scenery and lighting was perfect for the show. It was an incredible display, which complemented the performance perfectly, and created the most amazing atmosphere.

It’s a once in a lifetime opportunity, which will change your life For Good.