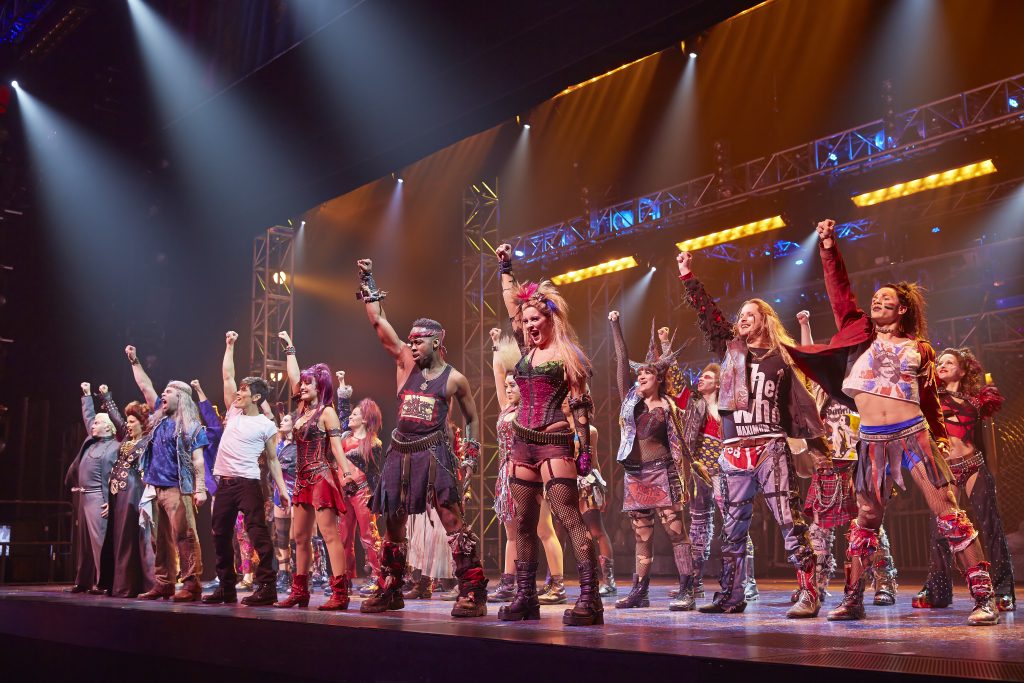 Following the triumphant 2010 and 2011 UK theatre tours and 2013 10th anniversary world arena tour, the smash hit Queen and Ben Elton musical, We Will Rock You will return to Birmingham Hippodrome in a re-imagined tour from 20 April – 2 May 2020.

Birmingham Hippodrome Friends will have first access to priority booking from 11 Mar 2019 – to find out more about becoming a Friend click here.

With 24 of Queen’s biggest hits and Ben Elton’s hilarious futuristic comedy writing combined, comes a show that boasts the scale and spectacle that marked the band’s legendary live performances.

The announcement of the We Will Rock You UK & Ireland tour follows hot on the heels of the release of the hugely anticipated Queen biopic ‘Bohemian Rhapsody’. The smash hit film, celebrating the career of one of the greatest ever rock bands has wowed Queen fans all around the world, opening at the number one box office position in over 30 countries.

Since 2002 over 15 million theatregoers in 17 countries have been thrilled by We Will Rock You’s awe-inspiring production showcasing a number of Queen’s finest hits, including We Are The Champions, Radio Ga Ga, I Want To Break Free, Somebody To Love, Killer Queen, Don’t Stop Me Now, Under Pressure, Bohemian Rhapsody, Another One Bites The Dust and, of course, We Will Rock You. Before closing its glorious 12 year run at London’s Dominion Theatre, the show was performed an astonishing 4600 times.