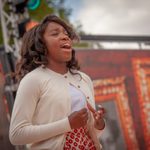 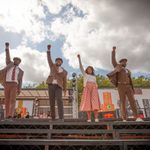 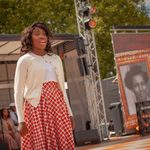 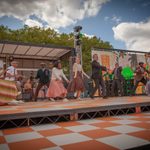 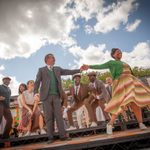 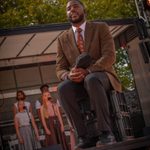 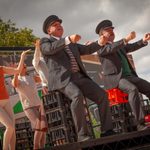 China Plate and Birmingham Hippodrome’s new concert musical To The Streets! opened this weekend to packed audiences at Handsworth Park.

The show will be next be performed at Windmill Hill, Warwick Arts Centre, Coventry on Wednesday 24 and Thursday 25 August, followed by final performances at West Park, Wolverhampton on Sunday 28 August.

To The Streets! is an uplifting new musical by Roy Williams and Tim Sutton inspired by the 1963 Bristol Bus Boycott, a pivotal moment in the UK’s civil rights history. The show follows the story of Paul Stephenson, an idealistic youth worker who takes to the streets to stand up for equality in Bristol where tensions are running high as the Omnibus Company refuse to employ Black or Asian drivers or conductors. Lorraine, a teenager newly arrived from Jamaica, joins the fight and in so doing, finds her voice and becomes part of a movement that changes history.

To The Streets! is presented as part of the Birmingham 2022 Festival and the show is performed festival style, with a range of food and drinks available, including Nally’s Jamaican and Wild Street Kitchen. The event will also be supported by a range of pre-show performances, music and poetry, including DJ Pskyhomantus, Aston Performing Arts Academy, Flexus Dance Collective, Adjei Sun and many more.

To the Streets! is based on an original idea and directed by Christopher Haydon, with book by Roy Williams, music and lyrics by Tim Sutton, design by Soutra Gilmour, lighting design by Arnim Friess, sound design by Gareth Fry, video design by Duncan McLean, and with choreography from Dannielle ‘Rhimes’ Lecointe. Ian Oakley is Musical Director, Pearson Casting are casting directors, and the show is produced in association with Warwick Arts Centre, City of Wolverhampton Council and DRPG Creative.

Tickets for the remaining dates of To The Streets! can be booked here.