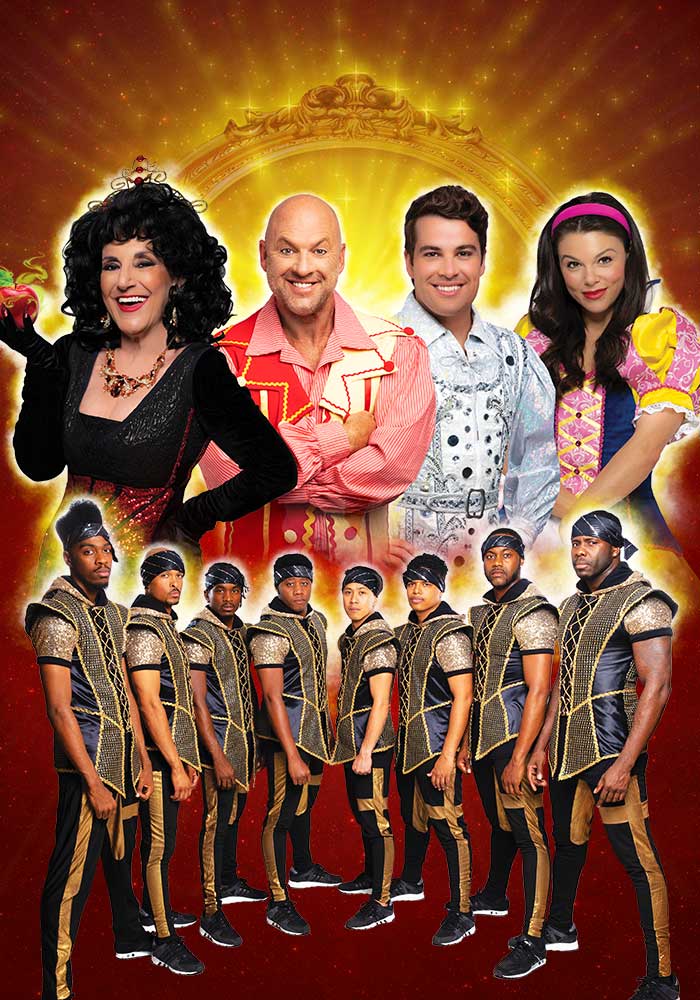 On Sunday 2 February the curtain came down on Snow White and the Seven Dwarfs at Birmingham Hippodrome having played 76 performances.

The production ran for just over six weeks featuring a cast including Lesley Joseph, Matt Slack, Joe McElderry and Faye Brookes plus dazzling sets and costumes direct from the London Palladium.

Over the course of the run the technical team oversaw 102,672 lighting cues, fired 2,016 pyrotechnic effects and sprinkled over 144kg of snow across thrilled audiences.

Birmingham Hippodrome’s Visitor Services team oversaw the sale of 30,315 ice creams, 1,688 tubs of popcorn, 2,886 packets of crisps, 7,256 bags of sweets and 7,438 programmes. All profits from these sales support Birmingham Hippodrome’s work as a charity, enabling various youth and community projects and a wide range of free, accessible festivals and performances for the region.

Chris Sudworth, Director of Artistic Programme at Birmingham Hippodrome said; “Pantomime is a very special event in Birmingham Hippodrome’s calendar, especially because we welcome so many families and young people to enjoy a theatrical experience for the very first time. We are thrilled to have welcomed over thousands upon thousands of audience members from across the region over the past six weeks, this highly successful run is a testament to the team at Qdos Entertainment and our theatre staff for bringing the fairest show in all the land to Birmingham audiences.”

Qdos Entertainment Managing Director, Michael Harrison said; “Without a doubt the cast for Snow White and the Seven Dwarfs was one of the biggest pantomime line-ups in Hippodrome history. The hugely talented cast and crew truly gave Birmingham audiences a hilarious and spectacular show at each and every performance. We are already working on bringing our next big blockbuster production to life with Goldilocks and the Three Bears this upcoming festive season, look out for exciting new announcements very soon.”

Birmingham Hippodrome favourite, Matt Slack will return amongst an all-star cast soon to be announced in Goldilocks and the Three Bears from Saturday 19 December 2020 – Sunday 31 Jan 2021 – click here to find out more and book tickets.