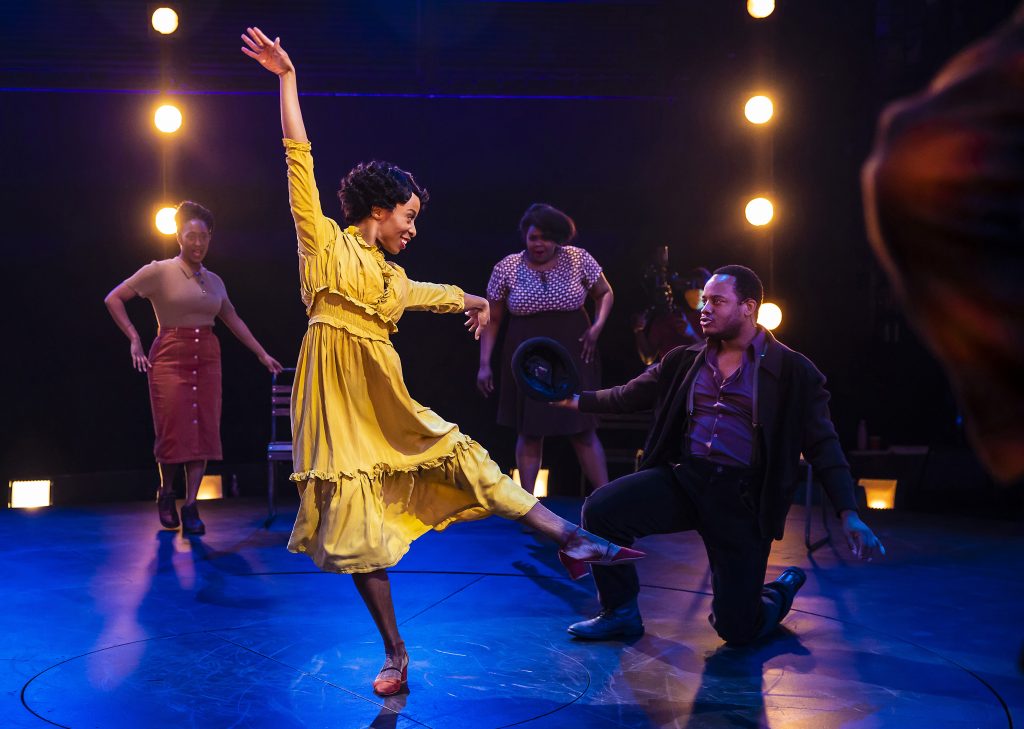 Leicester’s Curve theatre has today (5 March) announced plans to extend the streamed run of The Color Purple – at Home due to audience demand.

Produced in association with Birmingham Hippodrome, the musical will now stream online until Tue 16 Mar, with tickets on sale now, priced at £20 per household, at curveonline.co.uk.

Watched by over 15,000 already, The Color Purple – at Home follows the success of Curve’s production of Sunset Boulevard – at Home, the theatre’s first major stream. As part of its Curve at Home productions, Curve has employed over 150 freelance and local artists, production teams, actors and musicians.

The Color Purple – at Home has been acclaimed by audiences and critics alike since the show first began streaming on 16 Feb. In the course of the run so far, Curve and Birmingham Hippodrome have offered 2,000 free tickets to NHS workers and school staff members, and so far over 200 young people and those who would not otherwise be able to access theatre have received tickets to enjoy the production thanks to sponsorship from Leicester-based music licensing company PPL PRS and De Montfort University. Birmingham Hippodrome has also been able to offer tickets to people from similar groups in Birmingham through the support they received through the Culture Recovery Fund.

In addition, Curve has hosted a number of workshops and Q&As for schools, and audiences are also able to access a free digital learning pack created by the theatre to accompany the show, as well as a recording of an online Q&A featuring the musical’s writers and company members of The Color Purple – at Home. Curve has also commissioned local artists to create work in response to the production.

“Whilst we cannot wait to welcome audiences back to Curve, we’re thrilled audiences have more chances to enjoy our production of The Color Purple – at Home, as the hit show extends its acclaimed online run. We’re especially proud this magnificent production has been embraced by young people and in schools, where we’ve been able to offer workshops, learning materials and talkback events with the incredible writers of the musical.

“Our thanks to the wonderful partners who have made this possible, especially Theatrical Rights Worldwide and our associate producers Birmingham Hippodrome. We’re also immensely grateful to our sponsors PPL PRS and De Montfort University, as well as Arts Council England, Leicester City Council, the Department for Culture, Media and Sport and the Culture Recovery Fund.”

Marsha Norman’s poetic and powerful script along with the magnificent songs by Brenda Russell, Allee Willis and Stephen Bray celebrate life, love and the strength to stand up for who you are and what you believe in. This unforgettable story set in racially divided Southern America is staged by the team behind Curve and Birmingham Hippodrome’s award-winning 2019 co-production – Director Tinuke Craig, Musical Director Alex Parker and Choreographer Mark Smith.

T’Shan Williams leads the magnificent original company as the courageous heroine Celie, with Danielle Fiamanya (Winner – The Stage Debut Awards 2019) reprising her role as Celie’s Sister, Nettie. Carly Mercedes Dyer joins the cast as the vivacious Shug Avery, following her celebrated performance as Anita in the 2019 Made at Curve production of West Side Story.

Drawing inspiration from jazz, ragtime, gospel and blues, a band of incredible musicians will combine with the company’s soulful vocals in bringing the score to life, including Push Da Button, Too Beautiful for Words and I’m Here.

To find out more or to book tickets, visit www.curveonline.co.uk