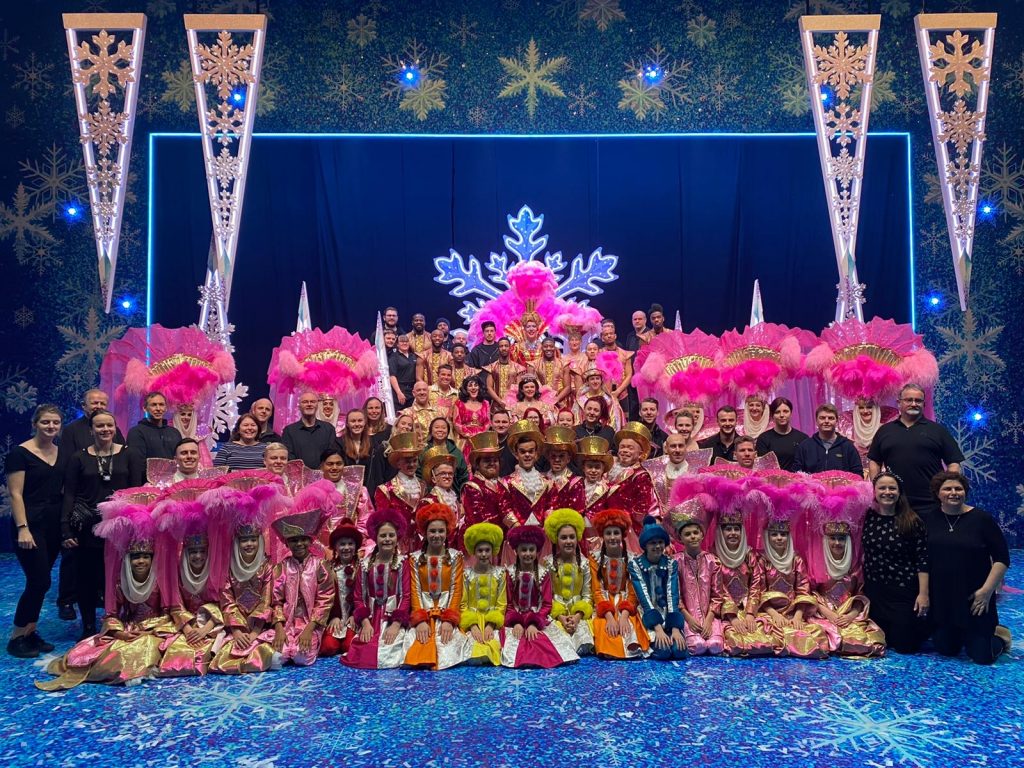 We are incredibly proud to announce that our 19/20 pantomime Snow White and the Seven Dwarfs won ‘Pantomime of the Year 1500+’ at the Great British Pantomime Awards.

The production ran for just over six weeks with 76 performances. It featured Lesley Joseph as the Wicked Queen, Matt Slack as Muddles, Joe McElderry as The Spirit in the Mirror, Faye Brookes as Snow White, Flawless as The Wicked Queen’s Men, Doreen Tipton as The Lady in Waiting, Andrew Ryan as Nanny Annie Aspirin and Jac Yarrow as The Prince.

The Great British Pantomime Awards are a yearly awarding body celebrating the Pantomime Industry. This year, the awards were announced online, hosted by Christopher Biggins.

Not only did we take home the award for ‘Pantomime of the Year 1500+’ but we also won ‘Best Sound’ which was designed by Tom Marshall.

Snow White and the Seven Dwarfs wowed audiences with dazzling sets and costumes direct from the London Palladium. Over the course of the run the technical team oversaw 102,672 lighting cues, fired 2,016 pyrotechnic effects and sprinkled over 144kg of snow across thrilled audiences.

Birmingham Hippodrome’s Visitor Services team oversaw the sale of 30,315 ice creams, 1,688 tubs of popcorn, 2,886 packets of crisps, 7,256 bags of sweets and 7,438 programmes. All profits from these sales support Birmingham Hippodrome’s work as a charity, enabling various youth and community projects and a wide range of free, accessible festivals and performances for the region.

We are looking forward to another fantastic year of pantomime with Goldilocks and the Three Bears.