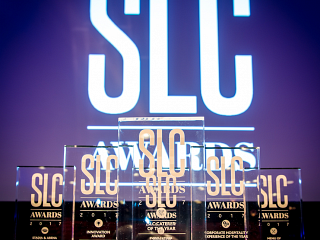 We’re delighted to announce that our Circle Restaurant has been crowned ‘Heritage and Arts Establishment of the Year’ at the Sports and Leisure Catering Awards 2017.

The stage is set for celebrating the best in UK Leisure & Catering @BAFTA – looks like we’re in fine company! ✨?? pic.twitter.com/FsDSh1GI0J

Held at the prestigious BAFTA London, the glamorous SLC Awards ceremony featured over 200 guests from across the UKs Leisure and Catering industry.

Wow! What an honour – we’ve just been named ‘Heritage and Arts Establishment of the Year’ at the #slcawards Thank you @SLCMag ??? pic.twitter.com/KL6pKtkINl

Thanks @SLCMag for a fabulous night celebrating the best of the UKs Leisure & Catering offer including our award-winning Circle Restaurant ? pic.twitter.com/SieIxao2u4

Guests on the evening were treated to a pre-event drinks and canape reception followed by a live interview with Levy Restaurants UK creative director Roy Westwood, who outlined the challenges and visions for catering in large venues, while also highlighting some of the spectacular plans for Tottenham Hotspur Football Club’s new stadium.

We’d like to say a huge congratulations to Melissa and team on their victory!

If you’ve yet to sample our show-stopping seasonal produce and world-class hospitality…there’s never been a better time to try.