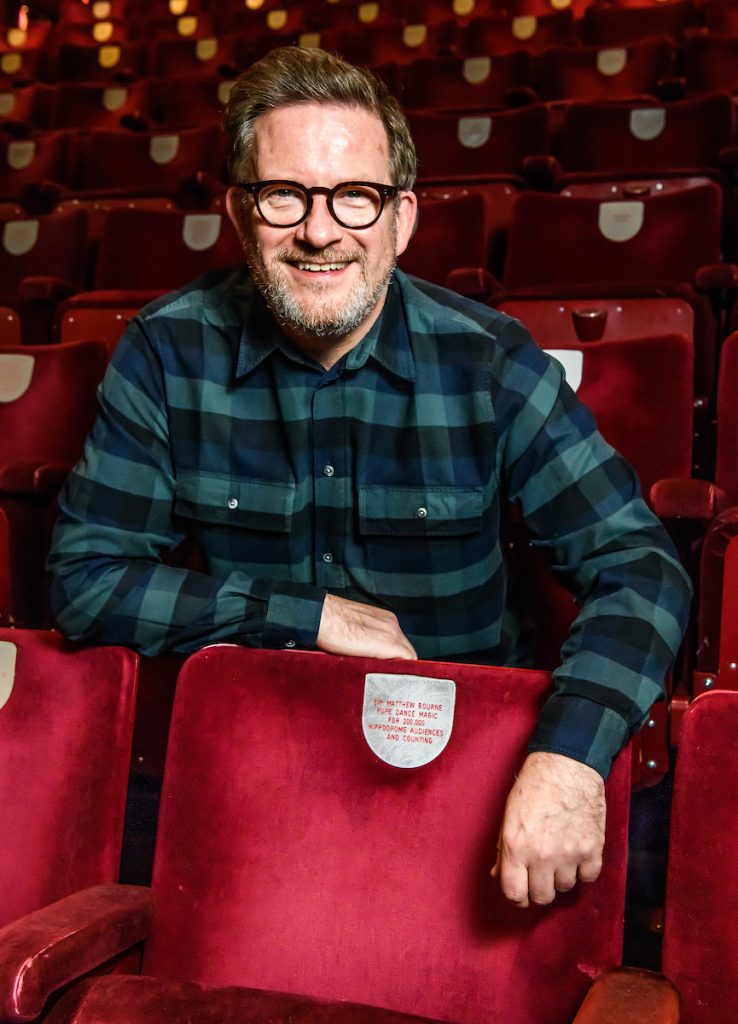 This week, Birmingham Hippodrome presented Sir Matthew Bourne with a commemorative seat plaque celebrating his productions playing to a total of over 200,000 people in Birmingham since his legendary production of Swan Lake first visited the theatre back in 1996.

Now a regular feature in Birmingham Hippodrome’s theatrical calendar, Sir Matthew Bourne has presented twenty-three productions on the Hippodrome stage over the course of twenty four years including Nutcracker!, Edward Scissorhands, Cinderella, Sleeping Beauty and The Lord of the Flies. His production of The Red Shoes is currently playing to packed houses at Birmingham Hippodrome until Saturday 15 February.

A sell-out before its world premiere season opened in 2016, Matthew Bourne’s triumphant adaptation of The Red Shoes is currently running for its third season at Birmingham Hippodrome, having won two Olivier Awards and dazzled audiences across the UK and the USA.

Set to the achingly romantic music of golden-age Hollywood composer Bernard Herrmann, The Red Shoes is orchestrated by Terry Davies and played by the New Adventures Orchestra, with cinematic designs by Lez Brotherston, lighting by Paule Constable, sound by Paul Groothuis and projection design from Duncan McLean.

The Red Shoes runs at Birmingham Hippodrome until Saturday 15 February 2020. To book visit birminghamhippodrome.com or call 0844 338 5000 (4.5p per minute plus your phone company’s access charge).