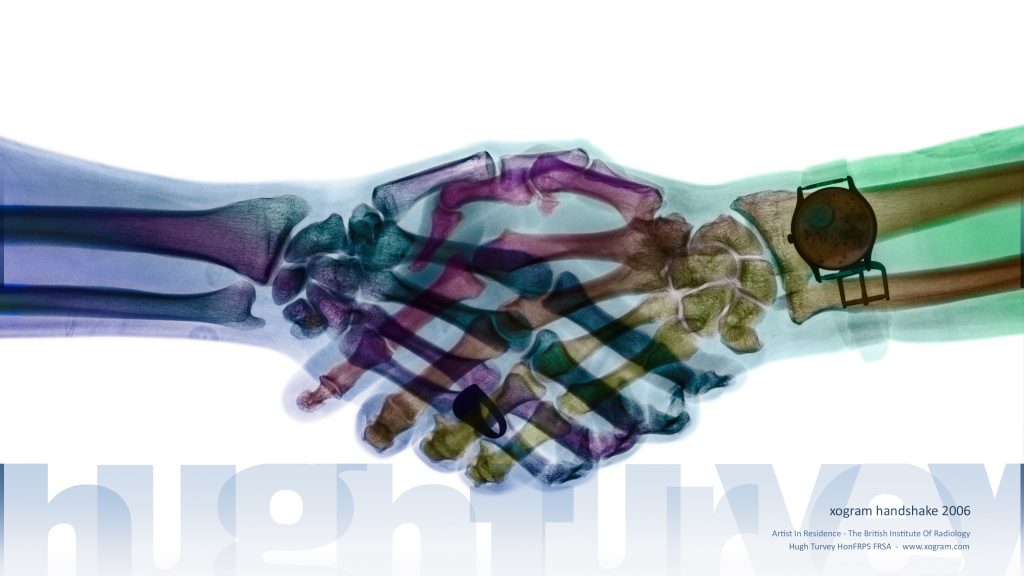 John Hall-Edwards was born on Moseley Road, Kings Norton in 1858, and attended King Edward VI Grammar School in Birmingham before studying medicine at the Masons  College in Birmingham.  After graduating in 1885 he worked as a general practitioner. Hall-Edwards initially developed a keen interest in photography.

Following Wilhelm Roentgen’s discovery of X-rays on November 8th 1895, Hall-Edwards undertook  one of the first use of X-rays under clinical conditions when he radiographed the hand of an associate, revealing a sterilised needle beneath the surface.  A month later on February 14th he took one of the earliest radiographs  which helped direct a surgical operation.  He also took one of  the first X-rays of the human spine and gave one of the earliest demonstrations of X-rays in the UK on March 4 1896 on Hodge Hill Common.

His interest in this break-through science of the day led to Hall-Edwards being appointed in 1899 as   Surgeon Radiographer at the Birmingham General Hospital, Orthopaedic , Children’s and Eye  hospitals, taking charge of the X-ray departments in these hospitals.

In February 1900 he joined the Warwickshire Regiment to act as the first military radiographer, serving in the Boer War and based at Deelfontein and Pretoria. He remained in this role for fourteen months before returning to Birmingham to continue his distinguished career in radiology and in 1920 – 25 was a City of Birmingham Councillor, sitting on the Public Health Committee promoting knowledge and understanding of cancer in the medical field.

He became a Fellow of the Royal Society of Edinburgh in 1911 and an Honorary Fellow of the American Rontgen Ray Society which were rare honours for British radiologists.

Hall-Edwards’ interest in X-rays ultimately cost him his left arm to cancer, losing his left arm to the elbow in 1908, and four fingers on his right arm soon thereafter, leaving only a thumb.  His left hand is held by the Birmingham University Museum as a specimen to demonstrate the effects of radiation.

Hall-Edwards died of cancer at his home in Edgbaston on 15 August 1926.

A blue plaque commemorating him can be seen on the site of the old Birmingham General Hospital now the home of the new Birmingham Children’s hospital.

His name is one of the 136 listed on the Radiation Martyr’s Memorial in Hamburg in Germany.

Chair British Society for the History of Radiology,