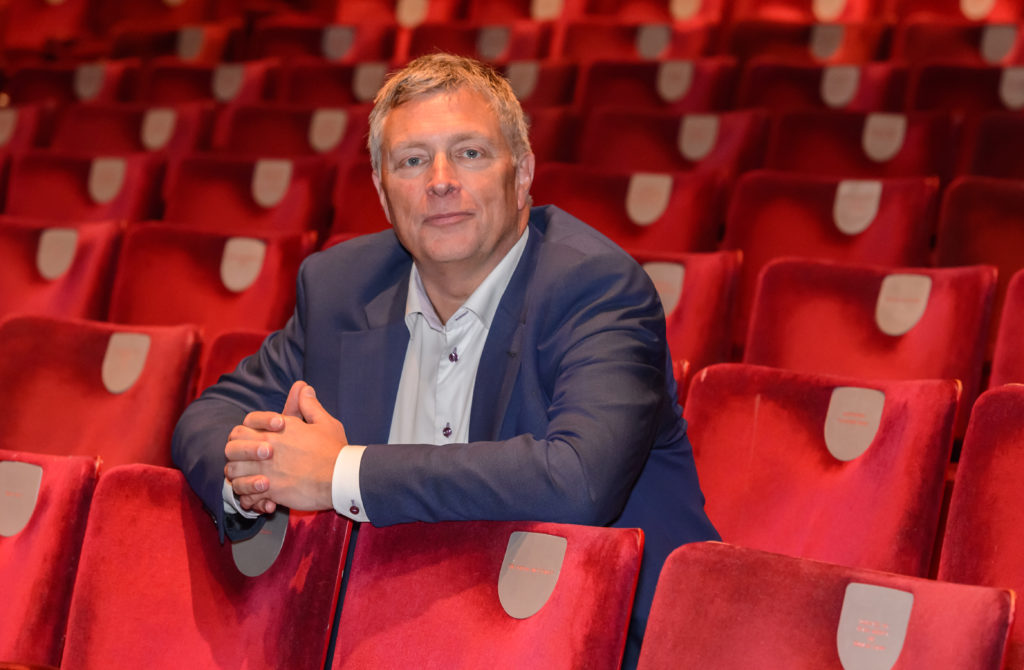 Birmingham Hippodrome has announced that JOHN CRABTREE will step down as its Chair after serving for 16 years as a Trustee.  He will continue in an informal ambassadorial role for the theatre alongside his many other corporate and charitable activities, and in his new capacity as Lord Lieutenant of the West Midlands.

Following an extensive, award-wining refurbishment at the 1,850-seat theatre, John Crabtree oversaw a period of recovery and consolidation.  Intense subsequent growth at the unsubsidised not-for-profit venue saw turnover increase by over 250%, and the Hippodrome is today the single most popular theatre in the UK welcoming, on average, annual audiences of over 500,000.

ANDY HOGARTH, a Hippodrome Trustee since February 2015, is announced as the new Chair.  Having held senior roles in a wide range of businesses including retail, healthcare, hospitality and construction, he is currently CEO of Staffline Group plc, and a Trustee of an elderly care charity.  He also owns two boutique hotels in the West Midlands, is a Fellow of the Association of Chartered Certified Accountants (FCCA), and a certified NLP coach.

Commenting on his appointment, Andy Hogarth said: “When I first came to Birmingham Hippodrome many years ago there was a palpable sense of excitement.  It was in the ether.   People have been coming to this great theatre for generations, where such amazing performances have been staged.  As someone from a non-artistic background, to be part of this is a real privilege.

“Whilst the theatre is not reliant on public funding, we appreciate the value of subsidy for our many artistic partners.  As a charity we plough all our surplus back in to the business to bring new and ambitious plans to life, ensuring as many people as possible can access the arts.   I am full of admiration for John Crabtree’s exemplary stewardship and ambition over the last few years, and I see our duty now as building on this success to grow the Hippodrome to the next stage.”

Chief Executive and Artistic Director FIONA ALLAN added:  “Our charitable status makes it imperative that we continue to serve the widest possible communities, ensuring that everyone is welcome whether attending a ticketed event in our famous auditorium or our Patrick Centre studio, or one of our many free events and festivals.  I look forward to working with Andy and our other Trustees, and with our amazing team here, to take fullest advantage of the wonderful opportunities we now have for expansion, opening audiences’ eyes to new artistic experiences.”