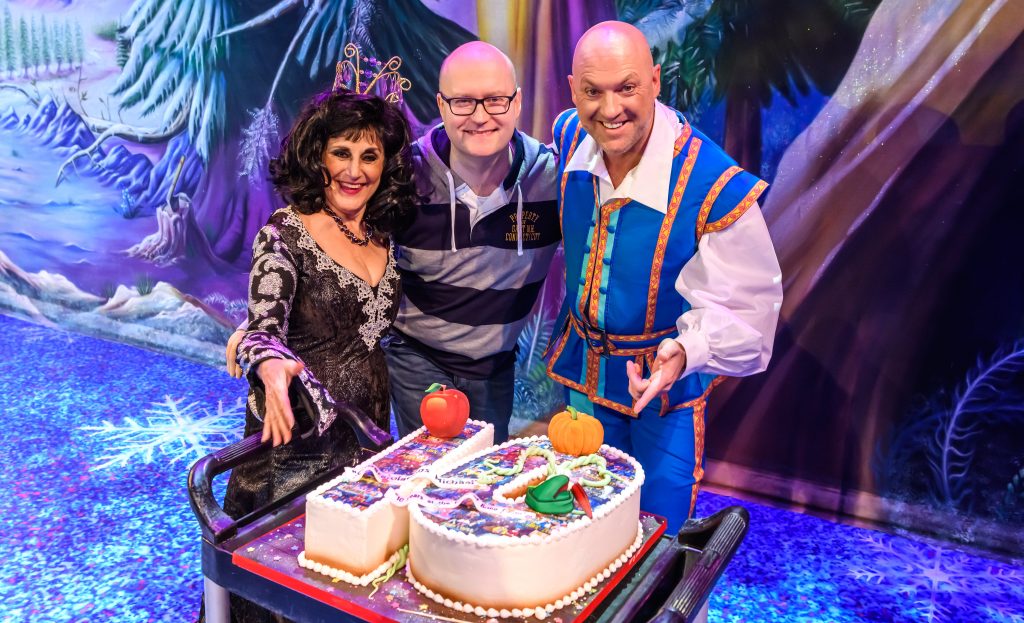 Cast, crew and creatives of the fairest panto in the land, Snow White and the Seven Dwarfs gathered on the Birmingham Hippodrome stage this week to celebrate Michael Harrison’s 10th year directing and producing the historic venue’s renowned annual pantomime.

Presented with a bespoke cake featuring highlights of Michael’s past productions, he was joined by stars of the show including Lesley Joseph and Matt Slack, who has featured in seven of Harrison’s pantomimes at Birmingham Hippodrome.

During Michael Harrison’s time as director and producer, over 1 million audience members will have seen his productions with over 700 performances. Michael has brought stars such as Brian Conley, John Barrowman, Jane McDonald, Beverley Knight, Meera Syal and Gok Wan to the Birmingham Hippodrome stage.

Michael Harrison said; “I’m delighted to have directed the Birmingham Hippodrome pantomime for ten years, and was amazed to hear that over a million people have seen those shows. As our biggest regional panto the Hippodrome pantomime is a real jewel in the Qdos Entertainment crown and attracts some of the biggest names in panto-land.

“The team at the Hippodrome are wonderful collaborators and it’s a joy to create magic for the city’s audience every festive season. I’m looking forward to many more years of panto magic on Hurst Street to come.”

Snow White and the Seven Dwarfs features Lesley Joseph as the Wicked Queen, Matt Slack as Muddles, Joe McElderry as The Spirit in the Mirror, Faye Brookes as Snow White, Flawless as The Wicked Queen’s Men, Doreen Tipton as The Lady in Waiting, Andrew Ryan as Nanny Annie Aspirin and Jac Yarrow as The Prince.

Snow White and the Seven Dwarfs runs until Sunday 2 February 2020. For more info and to book click here. 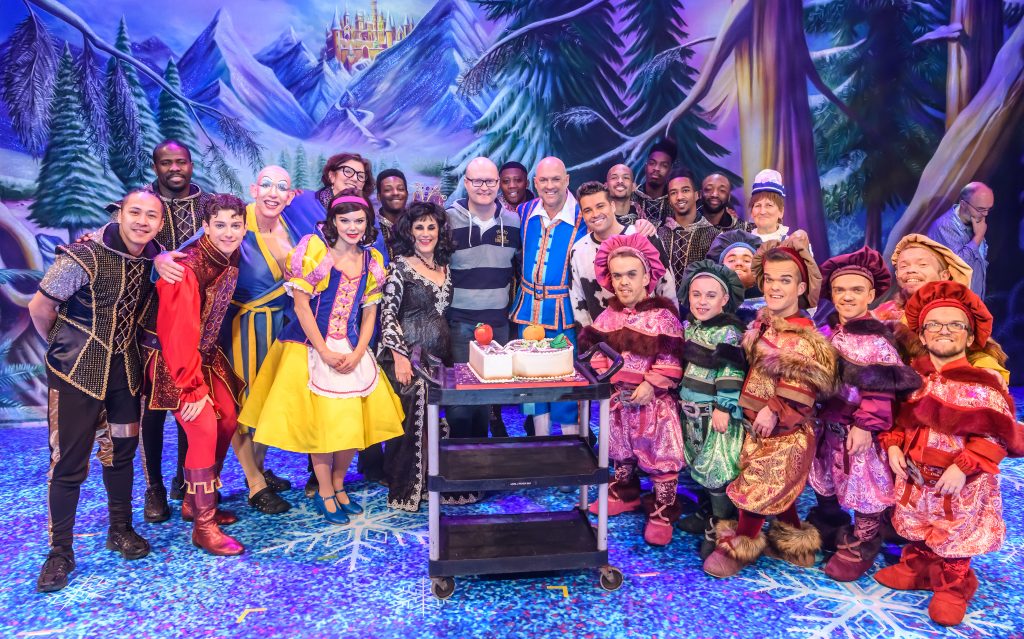