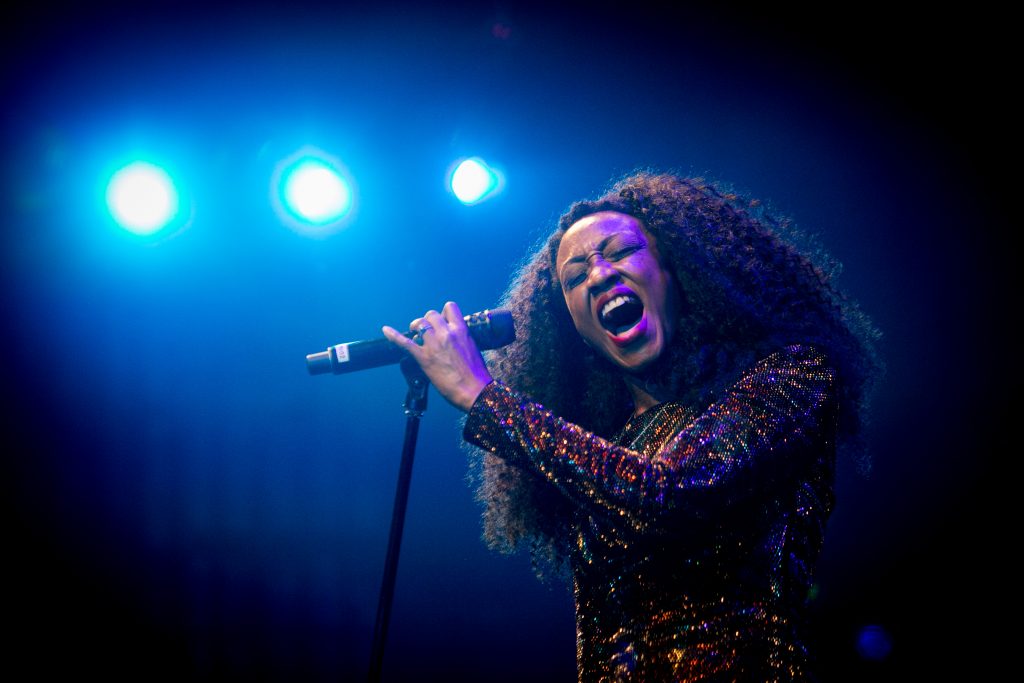 Sadler’s Wells and Universal Music UK with co-producers Birmingham Hippodrome and The Lowry share news of exciting musical collaborations on the soundtrack of new dance theatre production Message In A Bottle, created by director and choreographer Kate Prince, set to the music of 17-time Grammy Award-winning artist Sting. Message In A Bottle will come to Birmingham Hippodrome on Wednesday 8 & Thursday 9 April 2020.

Message In A Bottle features 28 iconic hits by Sting including Every Breath You Take, Roxanne, Walking On The Moon, Fields Of Gold, Englishman In New York and Shape Of My Heart.

With a mix of exhilarating dance styles, Message In A Bottle tells a vital and uplifting story of humanity and hope. An imagined village, alive with celebrations is suddenly under siege. Determined to survive, three teenage siblings are faced with an impossible choice, stay and try to survive or leave their country in search of safety and a new life.

Director and choreographer Kate Prince, a life-long fan of Sting, had the idea for the show in 2015 – a dance theatre piece with a universal story of human resilience, told through the words and music of a global superstar.

Moved by seeing an early rehearsal in the development process for Message In A Bottle, Sting was inspired to record new vocals for several of the most iconic tracks used in the show including Fields Of Gold, If I Ever Lose My Faith In You, Roxanne, Message In A Bottle and Every Breath You Take, his biggest hit, which in 2019 was certified as the BMI’S ‘Most Performed Song’, with 15 million radio plays, from its catalogue of over 14 million musical works:

“I went to a very early workshop of Kate’s and I was kind of blown away by it. The response for me was very emotional –  and not just because I was honoured that they were using my music to express something – but there was something happening at a deeper level, of understanding, or beyond understanding, it was moving me in ways I couldn’t quite interpret” (Sting)

“There’s such a vast range of musical styles, and lyrically he’s so poetic, and he talks about the world, so it was a really easy process to try to find this story I wanted to tell. Everything’s just responding to what the music is. The shows I normally make, we write the music from scratch and that takes years, so to already be in a position where I’m just listening to all this music, and drawing inspiration from it – and it’s such great music, it really is, for dance, it’s just brilliant” (Director and Choreographer Kate Prince on Sting)

Alongside Sting, Message In A Bottle features two other incredible vocalists. Following her collaboration with Kate Prince in ZooNation: The Kate Prince Company’s SYVLIA (2018), award-winning vocalist and actress Beverley Knight MBE performs lead vocals on new interpretations of Invisible Sun, If You Love Somebody Set Them Free, and Fields Of Gold.

“It’s a joy to be a part of Message In A Bottle. To sing the story of the lives of refugees, using the brilliance of Sting’s songs, is a great honour.” (Beverley Knight)

Lynval Golding, rhythm guitarist and vocalist for British ska revival band, The Specials, appears on the track The Bed’s Too Big Without You.

The production’s multi-award-winning creative team is led by Alex Lacamoire (Music Supervisor and New Arrangements), a Grammy and Tony Award winner for his work on the mega-hit musicals Hamilton (2016), In The Heights (2016) Dear Evan Hansen (2017) and The Greatest Showman (2017). Music production and additional arrangements for the show are by multi-Grammy Award winner Martin Terefe, who has written and produced for artists such as Jason Mraz, Sean Mendes, KT Tunstall, Tom Odell and Train with music co-production and mixing by Grammy Award-winning Oskar Winberg. Sound design is by David McEwan whose collaborations include (Cirque du Soleil, Nitin Sawhney, Jeff Beck and Plan B (Music Producers Guild Award winner for UK Single of The Year 2011).

Message In A Bottle will come to Birmingham Hippodrome on Wednesday 8 & Thursday 9 April 2020 – for more and to book click here.