The theatre may be closed and the stage dark, but that doesn’t mean that there’s nothing happening at Birmingham Hippodrome.

Behind the scenes it’s a hive of creativity, with staff adapting and finding new ways to shine a light on the region’s talent. Later this month Birmingham Hippodrome will be using its digital channels for the first time to live stream two vibrant and energising events, to give young people a platform and inspire virtual audiences. 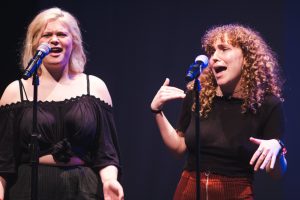 First come the semi-final and final of UniSlam, the UK’s largest team poetry slam tournament. That’s followed by the live broadcast event TEDxYouth@Brum, with young people discussing their future. Speakers include Radio 1’s Rakeem Omar and poet Casey Bailey. Chris Sudworth, Director of Artistic Programme at Birmingham Hippodrome, says: “We’re delighted to be partnering with these events for the third year, to amplify the voices, creativity and ideas of our city’s young people. We would have seen the wonderful energy of young people taking over the theatre but now we’re going digital, which gives us more opportunities and a wider audience.

“I hope the events help people to understand the breadth of the work we do at the Hippodrome. We are really proud of the panto and hosting large scale musicals, but there’s also a huge body of brilliant work in the city that doesn’t get that visibility and which we can take to a wider audience. The pandemic has given us space to shine a light on the work we do away from the stage. For example, we’re in 20 schools across the city every week with our Hippodrome Education Network, taking inspiration, creativity and support where it is needed most.

“Even though the stage has been empty for a year, we’ve been able to prioritise our work outside the building to remain engaged with our communities and create exciting opportunities for people that lift the soul a little. It’s important to recognise what a challenging year it has been and that young people have done a lot of thinking to reimagine what the future could and should look like. The theme of ‘Insert Future Here’ was planned for the cancelled 2020 TEDxYouth@Brum event, but it’s become even more resonant after everything that’s happened.” 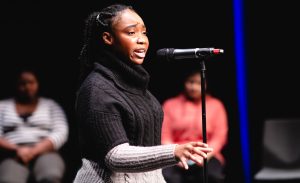 TED stands for Technology, Entertainment, Design and is a global organisation with a mission to discover ‘ideas worth spreading’. TEDx brings the spirit of TED to local communities through independently-organised events, designed to spark discussion, and TEDxYouth is an annual, free event led by a team of under-25s. The 2019 speakers at the Hippodrome included singer Jamelia, fashion designer Alexandria Chantiluke and activist Aliya Hasinah.

This year’s speakers on March 30 include comedian Cassandra Nelson and mental health author ZeZe Jones, alongside Rakeem and Casey. The colourful host will be Birmingham drag artist Yshee Black and there will be performances from Lady Sanity, Xhosa Cole and Darcy Holmes.

Going online may threaten the loss of a little of the event’s vibrancy but the organisers have grasped the digital challenge of making it a fun watch. “We’re all tired of Zoom talks,” says TEDxYouth@Brum organizer Elizabeth Lawal. “This will be a far more innovative experience. The speakers will be pre-recorded at DRPG Studios near Kidderminster and you’ll see a whole world come to life behind them. We are really testing out what the future of the creative industries will look like.

“And it will be interactive. In between the speakers, we’ll have workshops and live streaming parties which we hope everyone will join. You can chat and ask questions of the speakers. This is a scary and difficult time but we want to champion how, against the odds, young people have managed to thrive. This can be a time for innovation and opportunity, even though things are so bleak. We want to bring encouragement to audiences, who I hope will be inspired and can unlock new ideas. It fills me with hope to see such passion and enthusiasm in young people. Our logo is a lighthouse because we want to shine a light on talent and be a beacon of hope.” 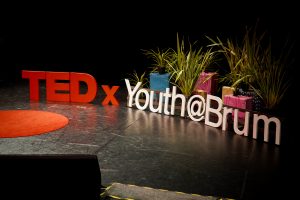 TEDxYouth@Brum will also feature a digital project from Birmingham Hippodrome’s Young Advocates, a group of 16 Brummies aged 14 to 22 receiving mentoring.

UniSlam began as a one-off event at the University of Birmingham in 2013 and has grown into an annual festival of the spoken word. The semi-final on March 20 will see the country’s top eight student poetry slam teams go head-to-head before four compete in the grand final a week later. The last event was held at the Hippodrome just before lockdown last year.

UniSlam director Toby Campion says: ““We considered cancelling this year’s event, but we thought it was really important to give young people a platform to share their stories. We weren’t sure how many would enter, given the challenges everyone has faced, but 18 teams have sent in video submissions.”

The finals will be live streamed from DRPG Studios, showing pre-recorded performances but with a live host and readings from the judges, including Inua Ellams, Mona Arshi, Paul Tran and Deanna Rodger. Tickets cost from £6. The teams consist of four or five members and each poem has to be no more than three minutes and 10 seconds long.

“The diverse poems can come from a place of anger or sadness – topics include racism, homophobia and mental health – but also joy,” says Toby. “It’s interesting how few poems actually mentioned Covid. There have been some really strong submissions, ranging from more traditional rhyming poems to entries that are close to rap. The performances can be electrifying and really bring the words to life. I hated poetry at school, but the poetry at UniSlam makes what can seem inaccessible much more relevant. If you are a bit afraid of poetry or don’t think it’s for you, watch this event and see a different side to it.”

UniSlam and TEDxYouth@Brum are sponsored by Birmingham Hippodrome in partnership with DRPG Studios.

Tickets for UniSlam on March 20 and 27 and TEDxYouth@Brum on March 30 are available to book online HERE.