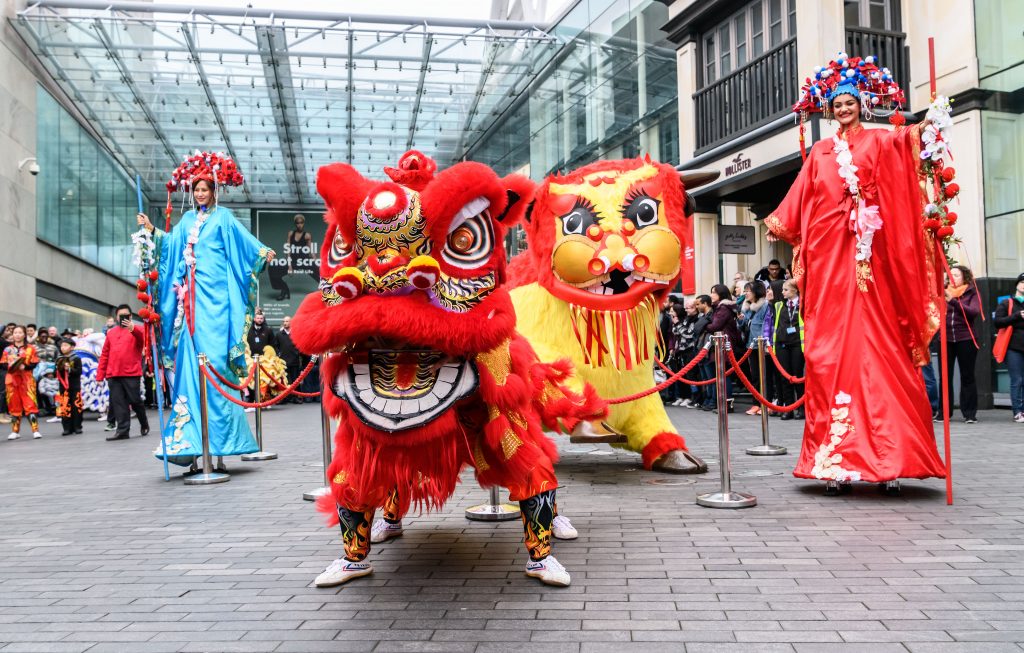 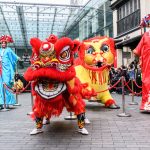 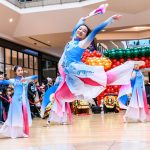 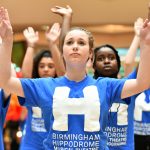 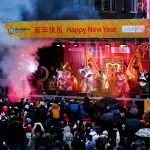 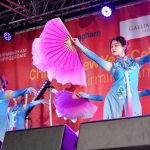 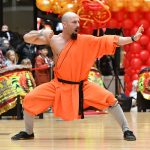 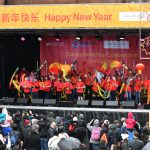 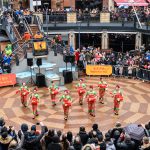 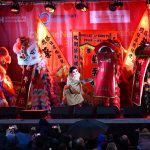 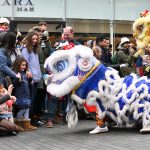 From Friday 24 – Saturday 26 January, the Chinese Festival Committee Birmingham and Birmingham Hippodrome programmed an exciting range of free performances, crafts and family friendly activities from Bullring & Grand Central to the Southside district to celebrate the New Year in style.

The celebrations started with a sold-out Chinese classical concert presented by the University of Birmingham at the Bramall.

On Saturday, shoppers at Bullring & Grand Central were treated to lion and dragon dances starting at the iconic Bull (who was also dressed for the occasion!) and a host of free performances from the Shaolin Warriors, classical fan and umbrella dances and performances from the Hippodrome’s Musical Youth Theatre groups who had worked on a new piece inspired by Chinese New Year with renowned choreographer Corey Baker.

With the 2020 celebrations being bigger than ever, the fun continued into the evening with more performances and fireworks at the Arcadian centre to officially mark New Year’s Day.

The lion was re-awoken on Sunday on the main stage along with traditional Chinese firecrackers to ward off any bad spirits for the New Year. Despite the rain, crowds flocked to China Town in Southside and enjoyed professional and community acts from the amazing Shoalin Warriors and the children’s choir from Robin Hood School with their performance of Katy Perry’s hit song Firework in Mandarin.

Graham Callister, Director of Festivals at Birmingham Hippodrome said: “Chinese New Year 2020 has been enjoyed by thousands of people and we are delighted to continue delivering this fantastic city-wide event with the Chinese Festival Committee and the local community. We’ve seen more lion and dragon dances than ever before and brought a fantastic community programme to the streets around Hippodrome and the Acardian as we collectively welcomed in the Year of the Rat.

“Chinese New Year is the first in our calendar of outdoor festivals and events celebrating the city and the region, working in partnership with the groups, artists and communities who live, work and enjoy Birmingham. We look forward to welcoming people back later in the year when we deliver more events across the city including our annual festival B-SIDE Hip-Hop Festival which returns for its fifth year.”

James Wong, Chairman of Southside BID and the Chinese Festival Committee said: “This year’s celebrations have been noisy, colourful and a wonderful opportunity to celebrate Chinese culture not just with the Chinese community but with the whole city – it has been fantastic to see diversity at all of the celebration events, not just in the crowds but also on the stage.

“Every year we see more and more people coming to the festivities and on the Sunday the rain didn’t dampen spirits – in fact water is a sign of good luck so I am sure the year ahead will be lucky for all those who braved the weather. Thank you also to our sponsors and partners who have worked with us to help deliver a world-class event which goes from strength to strength every year. Happy Chinese New Year and Kung Hei Fat Choy.”