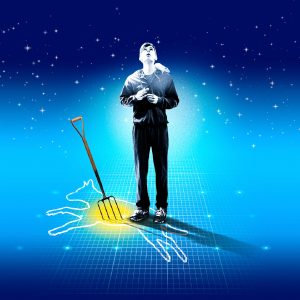 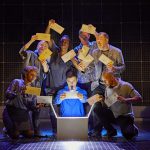 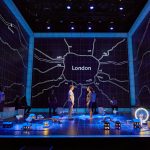 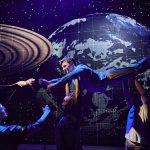 Back by popular demand, the Olivier and Tony Award®-winning production of The Curious Incident of the Dog in the Night-Time will visit Birmingham Hippodrome from 29 March – 2 April 2022 as part of a UK and Ireland tour, marking ten years of the production which originated at the National Theatre.

Since 2012, Curious Incident has been seen by more than five million people worldwide, including two UK tours, two West End runs, a Broadway transfer, a specially adapted schools tour which has visited more than 100 schools around the UK and was seen by over 12,000 young people, a National Theatre Live cinema broadcast, and tours to the Netherlands, Canada, Hong Kong, Singapore, China, Australia and 30 cities across the USA.

The play tells the story of Christopher John Francis Boone, who is fifteen years old. He stands besides Mrs Shears’ dead dog, which has been speared with a garden fork, it is seven minutes after midnight and Christopher is under suspicion. He records each fact in a book he is writing to solve the mystery of who killed Wellington. He has an extraordinary brain and is exceptional at maths, while everyday life presents some barriers. He has never ventured alone beyond the end of his road, he detests being touched and distrusts strangers. But his detective work, forbidden by his father, takes him on a frightening journey that upturns his world.

Alongside the tour, a programme of activity including discussions on depictions of neurodivergence in fictional characters will be available online, with further details to be announced.

Tickets for The Curious Incident of the Dog in the Night-Time  will be on sale soon, keep an eye on our social channels for on sale announcements.