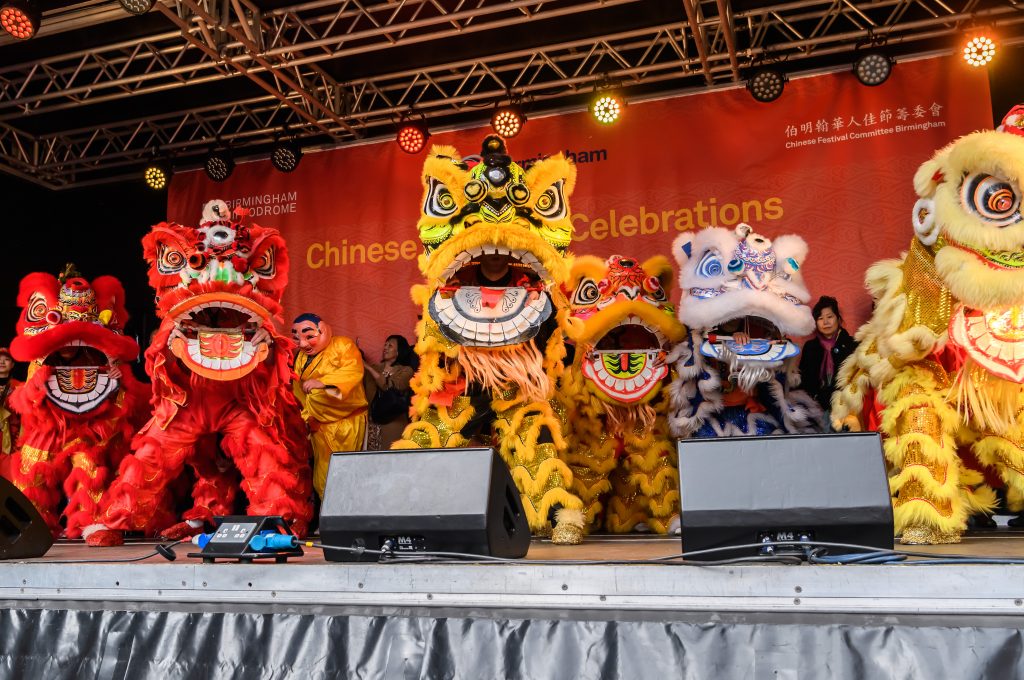 The Chinese Festival Committee Birmingham and Birmingham Hippodrome are delighted to announce Birmingham’s massive Chinese New Year celebrations with three days of free festivities across the city to welcome in the Year of the Rat.

The celebrations are expected to draw in huge numbers to the city and kicks off on Friday 24 January with a Chinese classical concert presented by the University of Birmingham at the Bramall.

Shoppers at Bullring & Grand Central will be able to enjoy the much loved lion and dragon procession, pop up performances including traditional fan and umbrella dances, amazing acrobats and much more throughout the day on Saturday 25 January. A special Wish Tree will also be placed in Grand Central for shoppers and travellers to add their new year wishes to. The celebrations will continue into the evening at the Arcadian with more free performances and fireworks.

To celebrate the official start to the New Year on Sunday 26 January an exciting programme of performances and free activities will take place in Birmingham’s Chinatown in Southside. The main stage in Hippodrome Square will host the official opening and closing ceremonies with a variety of performances and free family friendly activities throughout the day. Birmingham Hippodrome’s Patrick Studio will also be hosting renowned choreographer Corey Baker’s new dance piece performed by Hong Kong Ballet and Birmingham Royal Ballet. The performance will be followed by a world premiere screening of Corey’s new film Lying Together.

Graham Callister, Director of Festivals at Birmingham Hippodrome said: “We are thrilled to be co-producing Chinese New Year with the Chinese Festival Committee again. This will mark our fifth year being part of the festival and bringing some of the best talent to unique spaces. As a venue in the heart of Southside, we are passionate about working with our local communities and partners to offer exciting events across our wonderful city. We look forward to taking our Chinese Year Celebrations across Birmingham city centre and welcoming in the Year of the Rat”

James Wong, Chairman of Southside BID and the Chinese Festival Committee Birmingham, said: “Chinese New Year 2020 will be bigger and better than ever as we welcome in the Year of the Rat. New for this year, on Saturday we will present a preview of the main event culminating with fireworks in the evening. Birmingham’s Chinatown in Southside as ever hosts our annual New Year’s Day celebrations with something for everyone. I can’t wait to enjoy a jam-packed weekend of celebrations.”

Nick Barton, Birmingham Airport’s CEO, said: “Birmingham Airport is once again proud to be sponsoring the Birmingham Chinese New Year celebrations. Air connectivity across China is easily available from Birmingham with a number of scheduled carriers, which serve more than one hundred thousand passengers each year through their hubs. We look forward to celebrating the New Year with our local community over this special weekend and encourage people to attend the festivities around Birmingham’s Chinatown.”

Jason Day, Head of Sales, West Midlands, at Galliard Homes, said: “We are heavily invested in Southside and all its people and that’s in no small part down to the Chinese community who make the area so vibrant. Chinese New Year is a flagship event not just locally but for the whole city, and we are thrilled to support it.”

Find out more about the full programme for the Chinese New Year Celebrations here.