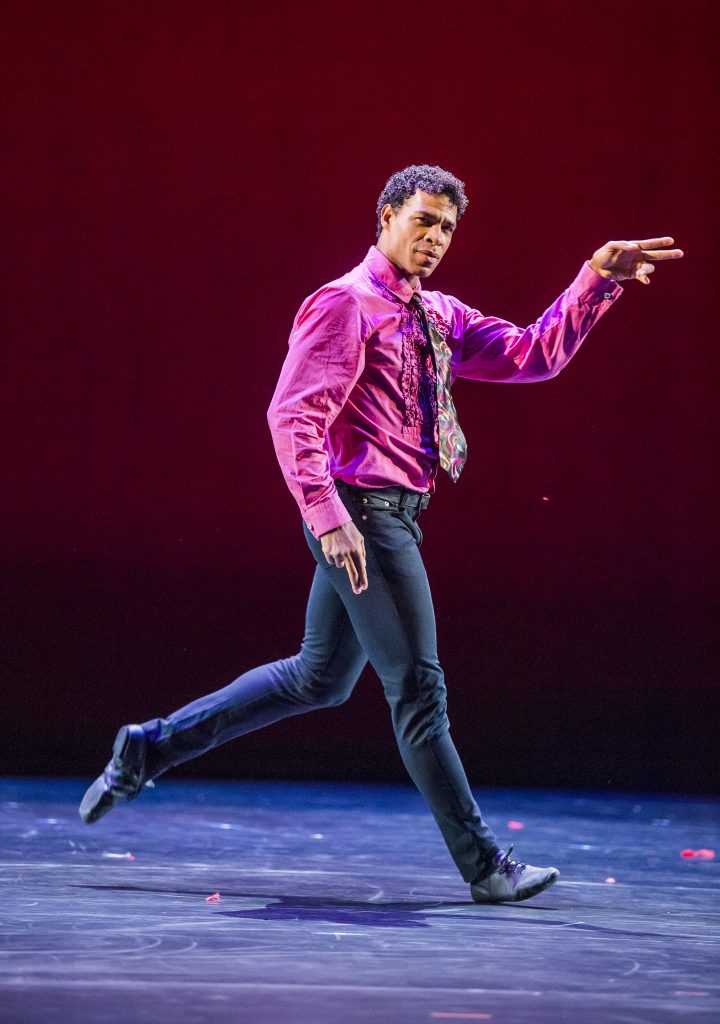 Ballet star Carlos Acosta will strut his stuff when he takes to the stage in Rooster at Birmingham Hippodrome later this month. But Carlos, who will be performing with his company Acosta Danza, has said it could be the last time he dances with the team.

Set to hits by the Rolling Stones including Little Red Rooster, Paint it Black, Ruby Tuesday and Sympathy for the Devil, Christopher Bruce’s Rooster pokes gentle fun at cocksure males as they hit the town on the hunt for women. Created in 1991, it has been staged worldwide – and it’s a piece close to Carlos’ heart as he first performed it in the 1990s when he was a dancer with Houston Ballet.

“Rooster is a big iconic piece,” Carlos says. “I’ve known Christopher since the 1990s when he was the resident choreographer of Houston Ballet and was directing the Rambert Ballet Company as well. I was in my twenties then and I had the chance to perform Rooster and I loved it so I decided to have a chance of dancing it again. It was something I really enjoyed performing so I wanted to be part of that performance.”

Now aged 46 and with roles which see him spending more time in the board room than at the barre, Carlos is the first to admit Rooster will be no easy bird for him to tame.

“It’s always going to be harder coming back to it now because it’s a piece which suffocates you because it’s very upbeat and a real cardio work – and I’m not a spring rooster any more! But it’s a great piece and I still have a way with it and the dancers in the company, who are all in their twenties, keep me on my toes. But it’s a challenge for me!”

Carlos grew up in Cuba where his father famously sent him to ballet school to instil some discipline. Initially reluctant to dance, Carlos’ talent impressed teachers and he went on to perform with a host of renowned companies around the globe. In 1998 he joined London’s The Royal Ballet where he became principal guest artist in 2003 and danced with the company for nearly 20 years, performing numerous classic roles. In 2014 he was awarded the CBE, has penned his life story in the autobiography No Way Home and is the subject of the international film Yuli: The Carlos Acosta Story.

Four years ago he launched his own company Acosta Danza which aims to promote young Cuban talent across the globe.

“Acosta Danza is distinct. It’s Cuba as a brand which everyone recognises – it’s eclectic, diverse and exotic. It’s recognised as a company which has very great dancers coming from Cuba and the audience knows it will have a high standard of dance. It has been a great thing making the dream of Acosta Danza happen with these dancers.”

The programme Evolution features three other pieces alongside Rooster – Sidi Larbi Cherkaoui’s Faun, Pontus Lindberg’s Paysage, Soudain la nuit and a new piece Satori by Raúl Reinoso, who hails from Cuba and is a dancer with the company.

Carlos was keen that this tour promote not just Cuban dancers but also choreography and music from his home country.

“This is Raúl’s first big piece – we are very much behind him in launching his career as we recognise his talent,” says Carlos. “Part of the purpose of the company is to launch Cuban talent and share it with the world so Satori is perfect for this. It is looking at enlightenment and the tree of life, it has sublime music by Cuban composer Pepe Gavilondo and it’s very original. Satori synthesises with the company’s ideal to be a mix of Cuban artists with artists from elsewhere.”

Lindberg’s Paysage, Soudain, la nuit also takes music by Cuban composer Leo Brouwer as the start point but that music is then re-worked by Swedish composer Stefan Levin. The set features an art installation by Cuban artist Elizabet Cerviño. Again, for Carlos, this is a melding of different cultures to create something new and exciting.

“This piece has great atmosphere. You can see the subtlety of Cuban culture but from a European perspective which is very lovely,” he explains.

Cherkaoui’s Faun is inspired by the classic ballet L’Après-midi d’un faune and is set to Debussy’s original score with additional music by Nitin Sawhney. And Carlos is promising the show will have the Cuban touch.

Carlos first hit the stage at Birmingham Hippodrome in 2004 when he toured Tocororo, a dance show telling his story growing up in Cuba. Birmingham audiences quickly took him to their hearts and Carlos has become a regular at the Hippodrome. In 2017 he brought Acosta Danza to the city in the company’s first UK tour. Next January Carlos will cement his relationship with the city when he takes up the post of director at Birmingham Royal Ballet alongside his directorship of Acosta Danza.

And he is keen to become a bigger part of the city’s dance environment.

“Birmingham is very trendy, very mixed – audiences embrace everything which is new which comes from abroad. All the best companies, whether they are dance, opera or music, go to Birmingham. And there is already a great tradition of dance there. There’s not just Birmingham Royal Ballet but lots of other dance, the dance festival, Elmhurst School – it has an atmosphere which allows dance to thrive.

“With BRB I want whatever it is that we are creating in Birmingham to resonate with the world. I would like the company to be embraced by everybody so it can open the doors to the community and deliver a vision which is fresh, new and up to date. I want to take risks with the repertory. Some things are going to be bang on and other things perhaps are not going to be as expected but it’s important to move forward. I’m just going to challenge and hope that everyone will be proud of Birmingham’s worth.

And it’s that desire to take risks which led Carlos to not only launch Acosta Danza but also establish a school in Cuba to train young dancers.

“I want the world of art to reach its highest level and I want to do my part in that,” he says. “I don’t want everything that I have learnt to die with me. I have a responsibility to leave it behind just like my teachers did with me. This is the stage of my life – I’m no longer Romeo and the Prince in Swan Lake, I’m more the teacher, the one who is working with dancers and who is encouraging ambition.

“The title of this tour is Evolution and I would really like people to come and see how the company has evolved in these four years. And for me, it will be great to have this chance to perform in Birmingham again, which is going to be my second home, and to strengthen the relationship with the city and with the audiences. I am really looking forward to being back on the stage at the Hippodrome.”