"He's still as hilarious, intelligent and vital as he always has been"

"If you want a comic who can hold an audience in the palm of his hand for two hours, here’s your man"

Dara is one of the most recognisable faces on British TV, as host of the hugely successful Mock The Week, The Apprentice You’re Fired and Star Gazing Live. Not forgetting his most recent shows Dara O Briain: School of Hard Sums for Dave and Dara O Briain’s Science Club for BBC2.

Catch one of the most charismatic, intelligent, fast-talking and downright funny live performers working today.

We are sorry - StageSide is now closed. 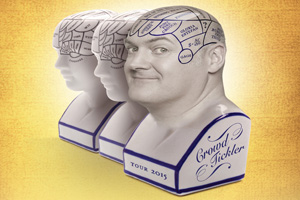