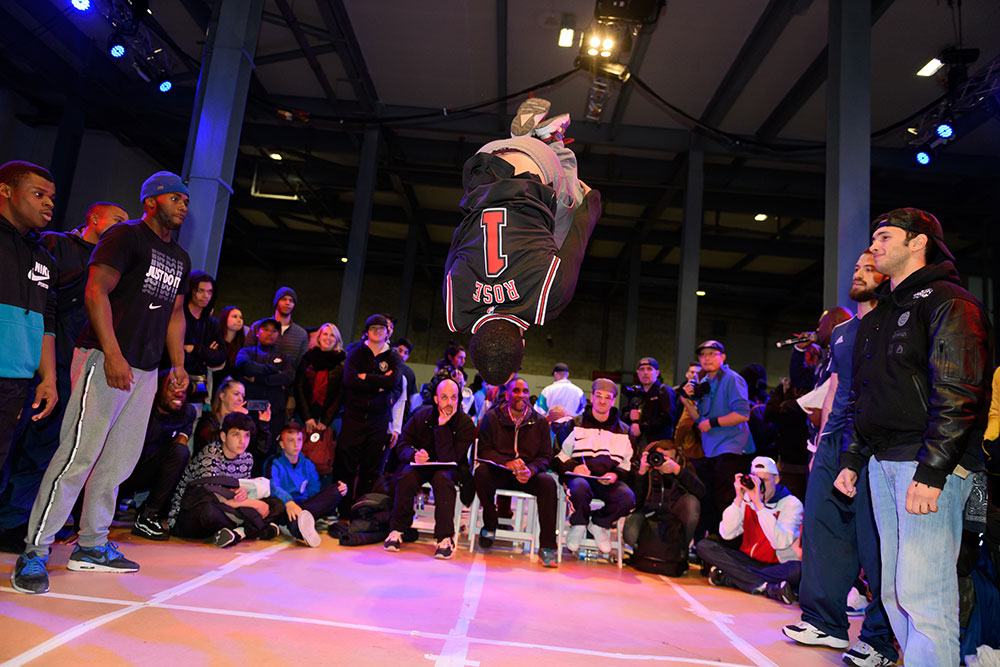 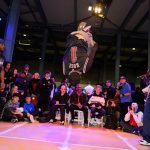 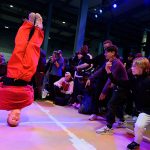 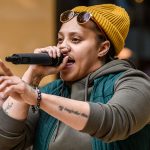 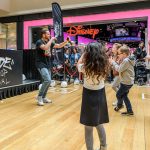 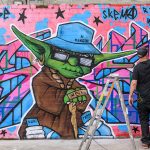 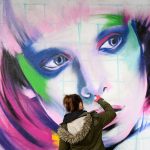 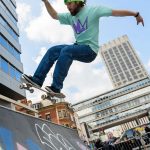 Birmingham Hippodrome and festival directors produced a jam-packed Hip-Hop festival which was enjoyed by over 14,000 visitors to the city centre, attracting international dance competitors and artists to Birmingham with a range of events taking place in and around Southside, Digbeth and Bullring & Grand Central (3 May – 12 May 2019).

The festival kicked off with Inua Ellams’ The RAP Party before a two take-over of Bullring & Grand Central with visitors to the shopping centre being entertained with live dance battles, rappers, beatboxers as part of Breakin’ The Bullring and a Hip-Hop inspired kid’s block party from Fun DMC.

Southside enjoyed a Graff Jam featuring city artists including a new commission at The Forum (Graff Jam sponsors) by city graffiti artist Gent48, and the district’s first ever artist-led Graff Trails which started with the Hippodrome’s own indoor Then, Now, Always exhibition before film presentation and Q&A of 80’s Bombin’ at The Mockingbird Cinema.

The festival culminated on the final weekend with Break Mission’s International Dance Championship taking place in The Arcadian car park with victories for Shigekix (Japan) and RawGina (UK) in the B-Boy and B-Girl solos, The Ruggeds (Netherlands) crew battles, while Birmingham’s own home boy Kashmir won the Hip Hip dance final.

Elsewhere in Southside over the weekend audiences were treated to BMX, Skateboarding and Free Running demonstrations, with the public encouraged to have a go at wheelchair basketball courtesy of City of Birmingham Rockets, and more live graffiti on Hurst Street from international artists BIO, Vision and Ozer among others.

B-SIDE Hip-Hop Festival was produced by Birmingham Hippodrome and sponsored by The Arcadian, Southside BID with support from Arts Council England. The graffiti programme in Southside was sponsored by The Forum residential development on Pershore Road, owned by PATRIZIA AG.

Anita Jerkovic, Director at PATRIZIA AG, said: “The Forum is in the heart of Southside and one of the reasons we invested in the area was the festival and event culture that makes this area so vibrant.

“Both Southside and neighbouring Digbeth are known for their eclectic street and graffiti art. PATRIZIA recently delivered the ‘SCALE Munich’ graffiti project and we are thrilled that Birmingham will be our first street art collaboration in the UK, helping to encourage creativity and engagement within our community.”

Graham Callister, Director of Festivals at Birmingham Hippodrome, commented: “B-SIDE Hip-Hop Festival is now firmly established as a key event in the international hip-hop calendar and the biggest of it’s genre in the UK.  From the thrilling performances and dance battles that took over the city, to mixed-ability workshops, we invited hip-hop fans and new audiences alike to discover something new that is truly dynamic and genuinely exciting.  Next year is our fifth anniversary so we’re keen to work with new partners who have a shared interest to make the event an even bigger success in 2020 as we build towards the Commonwealth 2022 Urban Games.”