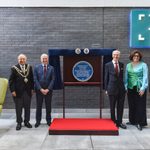 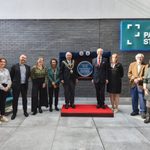 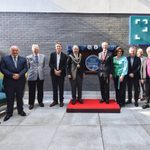 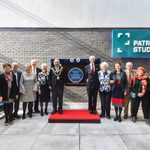 Last week we were delighted to unveil a very special Blue Plaque which is now proudly displayed outside the theatre.

The Blue Plaque commemorates the pivotal role played by David Gwyn Justham in the recent history of the Hippodrome, as the Founder Chairman of Birmingham Hippodrome Theatre Trust from 1979-1989. David was a much respected business leader in the city and a passionate patron of the arts who helped to transform the theatre’s profile in its first decade as a registered charity.

The Birmingham Hippodrome Theatre Trust was established to manage and develop the theatre in the interests of the people in the city, with David leading as the Founder Chairman and staying in this post for ten years. During his time, the building was transformed thanks to successful ambitious fundraising. Perhaps most significantly, Sadler’s Wells Ballet Company also agreed to relocate to Birmingham Hippodrome and changed their name to Birmingham Royal Ballet, the wonderful company we are still so proud to be home to now.

Lord Mayor of Birmingham, Councillor Muhammad Afzal, conducted the unveiling ceremony with President of the Birmingham Civic Society, Amelia Ladbrook. To mark this special occasion, alongside members of David’s family, we were also joined by members of the region’s civic community as well as present and former Trustees of Birmingham Hippodrome.

The plaque will also feature on Birmingham Civic Society’s map of Blue Plaques in the city.