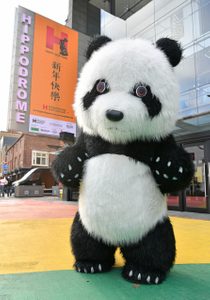 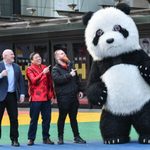 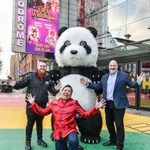 Birmingham Hippodrome and Chinese Festival Committee Birmingham are co-producers of the full programme of performances and activities that are taking place across the city this weekend.

Festivities continue at 12pm in Southside on Sunday 22 January. Sponsored by Uber Eats and in association with Southside District and The Arcadian, the Sunday programme is full of community performances, street food, fairground rides and family activities.

The event will culminate with a closing ceremony and a spectacular fireworks finale at 5pm, sponsored by Ming Moon.

Visitors will be able to capture the celebrations by taking photos with Pom Pom on both days.

James Wong, Chair of the Chinese Festival Committee Birmingham said: “Our sponsors and partners have worked incredibly hard to create a spectacular Lunar New Year programme that everyone will enjoy. We cannot wait to welcome visitors to our festivities and celebrate the Lunar New Year this weekend. Kung Hey Fat Choi!”