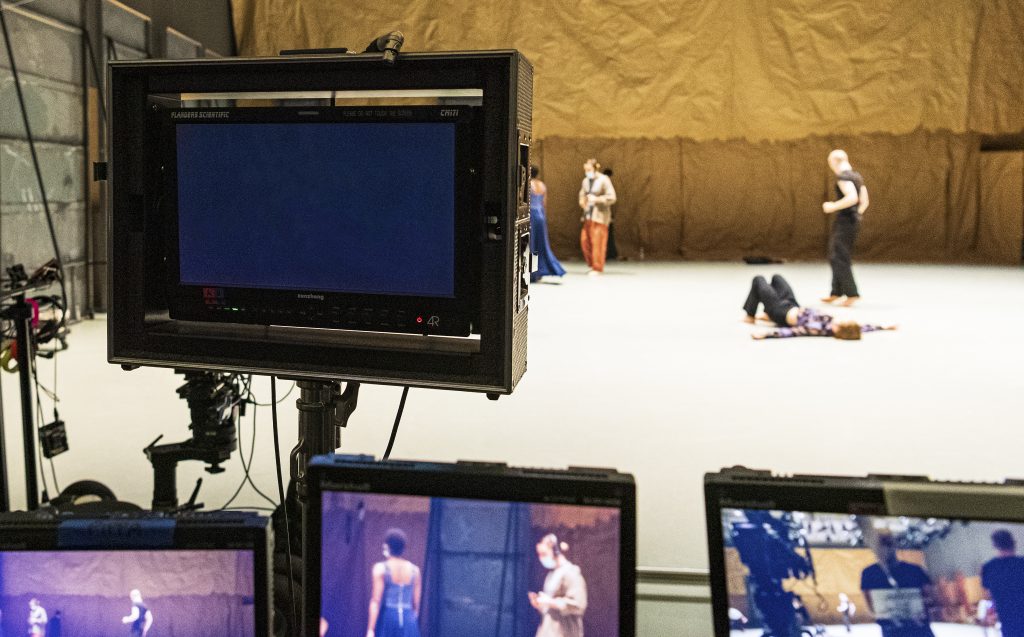 Birmingham Hippodrome have partnered with dance powerhouse Company, Rambert to host the streaming of an innovative new production, Rooms.

A premiere from Norwegian choreographer and theatre and film director Jo Strømgren, the production will be created specifically for the camera and will be performed and broadcast live, with a cinematographer and camera crew relaying the productions in real-time to audiences across the world from 8-10 April 2021. Tickets are on sale now here.

Like catching miniature scenes through a train window, or cycling through the streets and peering into apartments, we all love to glimpse into other lives and the homes they’re lived out in. Rooms will involve 17 dancers, 36 scenes and100 characters. Rambert’s brilliant dancers invite audiences into wildly different worlds and surprising set-ups. People trying to live their lives, navigate dilemmas, swerve mishaps and survive their mini-dramas. Rooms is an ambitious dance-theatre-film that is performed live.

Rooms follows on from the success of Birmingham Hippodrome’s acclaimed stream of their co-production with Curve, The Color Purple – At Home and Rambert’s inaugural livestream commission of Draw From Within (Wim Vandekeybus).

Birmingham Hippodrome’s  Artistic Director and Chief Executive, Fiona Allan said; “It was very easy to agree to partner with the innovative team at Rambert to bring this performance into the homes of our audiences. Personally, I’ve long been a fan of both Rambert and Jo Strømgren, plus Birmingham Hippodrome has a history of supporting and presenting the very best of international contemporary dance. I am quite sure that Rooms will be quite unlike any other streaming experience audiences have had this year- in a good way!

“This new announcement continues the Hippodrome’s strand of streamed performances, which have included so far The Color Purple- At Home in partnership with Curve, and forthcoming live broadcasts of UniSlam and TEDxYouth@Brum in partnership with DRPG Studios.”

Jo Strømgren combines the skills of a choreographer with those of a cinematographer and has won prestigious awards for his work as film director. Also an established playwright, his work spans over 150 productions performed in 64 countries.

Talking about Rooms, Jo Strømgren said; “Diversity is a bouquet of different colours and I love it, but I think the discussion has been limited to certain issues whereas diversity is so vast – diversity of age, diversity of social status, diversity of ethnicity, religion, politics. Rooms offers glimpses through the windows of different people’s lives, to create a kind of mosaic of the cityscape environment. Its like the unfinished narrative you create in your head as you pass by windows on a bike ride; you get to peek into people’s lives and you realise there is so much going on but you have no idea what is happening or why… I’d like to think that Rooms is funny as well as dark. I often set out with quite pessimistic ideas but somehow there’s always humour within the darkest of material”

Rambert have pledged its long-term commitment to the commissioning of new work for the small-screen with a series of other real-time livestream premieres planned for Spring, Summer and Autumn 2021. With its new Rambert Home Studio web platform, the Company is keen to use this moment to bring their work to a wider audience and offer a variety of ways for viewers to connect with the Company and its work.