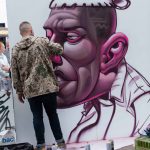 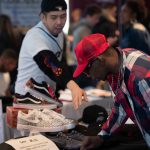 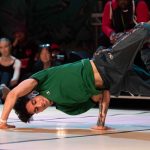 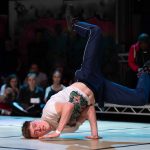 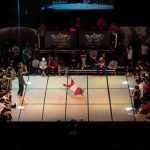 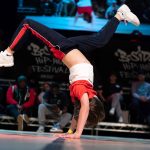 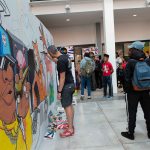 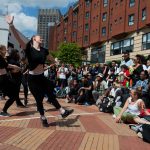 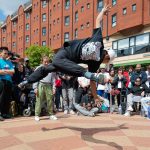 B-SIDE Hip-Hop Festival is back from Friday 3 – Sunday 12 May, with a phenomenal line up of dance battles, high-energy workshops, live music and DJ sets from legendary names in Hip-Hop.

Birmingham Hippodrome is working with festival partners to bring the key elements of Hip-Hop to Birmingham. Break Mission are back with their epic international dance battles and Sweat The Technique workshops, Marso Riviere’s popular KRE8! Labs and battles return, as well as DJ Psykhomantus’s Vision Bombing Game Show. Juice Aleem brings his FluxCon comic convention along with many speakers and performers and once again the Southside streets will be filled with eye-catching live graffiti courtesy of High-Vis Festival.

B-SIDE opens during May Bank Holiday Weekend (Friday 3 May) with a Hit the Ode and B-SIDE R.A.P Party special. The poetry and music night will showcase some amazing spoken word artists and Hip-Hop DJs.

On Saturday 4 May, the festival continues in Bullring & Grand Central, for the first of two take-over days. The team are bringing a host of DJs, dance and rap battles, and live performances to the shopping centre. It also returns on Monday 6 May for a B-SIDE family day, B-SIDE Breakin’ the Bullring, complete with pop-up performances and Fun DMC, a Hip-Hop inspired party for kids and parents.

On Sunday 5 May, High-Vis Festival will lead a graffiti trail beginning at the Hippodrome and ending in Digbeth, a part of Birmingham famous for its street art. Elsewhere, a special screening of Bombin’ will take place at The Mocking Bird as part of Flatpack Festival. The documentary offers a behind-the-scenes look at UK Hip-Hop and graffiti culture featuring some recognisable locations in Birmingham.

The festival culminates on Sunday 12 May with the B-SIDE and Break Mission International Dance Championship taking place in Southside. The epic clash will see dancers from all around the world competing in this tense battle.

Graham Callister, Associate Director of Community Engagement and Festivals at Birmingham Hippodrome, commented: “B-Side is fast becoming the UK’s number one Hip-Hop festival for international and national artists alongside the amazing talents we have in the city.

“We’ve expanded both the length of the festival, from five to 10 days, and locations of our events as we stretch ourselves from Southside to Bullring and Grand Central, and for the first time into Digbeth.  Each of our festival partners brings a different energy and take on what contemporary Hip-Hop culture is, enabling us to offer a truly diverse festival and attract a wider audience year on year.  We’re really hyped about this year’s programme and are already planning the party for our fifth anniversary next year in 2020 so don’t miss it!”

Stay up-to-date with activities and join the conversation on social media using #BSIDE.