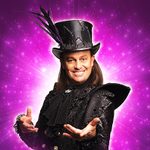 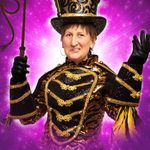 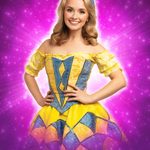 After a year of absence, we are so excited to be bringing Pantomime back to the city with Goldilocks and the Three Bears from Saturday 18 December, and today (Tuesday 7 September) we are delighted to announce the exciting cast line-up who will be joining Jason Donovan in his panto debut and Hippodrome panto favourite Matt Slack.

The UK’s biggest regional panto follows Dame Betty Barnum and her daughter Goldilocks’, who are battling to save their Big Top circus from the Evil Ringmaster who is intent on stealing their three loveable bears and leave them in ruin.

Alongside Jason – who will be playing the Evil Ringmaster – and Matt as Ringmaster will be Doreen Tipton as Doreen the Lion Tamer, Andrew Ryan as Dame Betty Barnum, Alexia McIntosh as Candy Floss and Samantha Dorrance as Goldilocks.

Chief Executive of Crossroads Pantomimes, Michael Harrison, said: “I am really delighted to be announcing so many returning cast today alongside the addition of local Midlands’s talent in the form of Alexia and Samantha.”

Michael, who will be producing and directing Goldilocks and the Three Bears at the Hippodrome added: “The audiences are going to truly love Goldilocks and the Three Bears, the first circus-themed pantomime at the Hippodrome for 24 years! The show will incorporate the very best of the production I created for the sell-out London Palladium panto in 2019, alongside lots of new material created especially for our Birmingham cast and audience.”

This will be the first pantomime back in the Hippodrome since the venue recently reopened after almost 18 months of closure.

Birmingham Hippodrome Artistic Director and Chief Executive, Fiona Allan added: “We are delighted to be preparing to welcome back our much anticipated pantomime this December. We really felt the absence of pantomime in the 2020 festive season, and we know our audiences did as well, so with such a wonderful cast on board I am sure Goldilocks and the Three Bears will more than make up for a missed year.”

Alongside the headline cast, the Hippodrome have also revealed a spectacular line-up of circus acts including the magnificent magician Phil Hitchcock, awe-inspiring motorcycle act Peter Pavlov and The Globe of Speed, the Death-Defying Gemini Sisters and international circus artist Pierre Marchand.

Doreen Tipton is a regional treasure and over the past few years has morphed effortlessly from YouTube sensation to Queen of the Black Country. She has previously had six sell-out theatre tours, made a Doreen movie (featuring rock legend Robert Plant, no less), wrote an autobiography ‘From Rug-Rats to Riches’, made a documentary DVD on the Black Country, as well as being voted Midlands Personality of the Year by What’s On readers. Doreen’s appearance in Goldilocks follows her triumphant Hippodrome panto debut in 2019.

Goldilocks will be Andrew Ryan’s 35th pantomime and 31st year as Dame and he is delighted to return to the Hippodrome for a fifth pantomime season. Andrew’s previous West End credits include Giles in The Mousetrap at the St. Martin’s Theatre, and Mark Styler in Anthony Horowitz’s Mindgame at The Ambassador’s. Andrew has also toured across the country in many shows including The Rocky Horror Show where he played Brad and Riff Raff in multiple tours.

Birmingham’s own Alexia McIntosh is a graduate of The Royal Birmingham Conservatoire and is very excited to be starring in pantomime in her home city. For the last three years Alexia has played Anna of Cleaves in the hugely successful production of SIX in London’s West End for which she was nominated as Best Supporting Actress in a musical at the Olivier Awards. Her other theatre credits include Rent, Sister Act, and Wind In The Willows.

Samantha Dorrance is from Wolverhampton and began her career on Disney Channel after winning their talent search show, You’re The Star. Her previous theatre credits include Dreamboats and Petticoats in the West End and on UK Tour. Samantha is also founder of Sammy & The Sparks, a family-friendly pop band and her self-written stage show, Sammy & The Sparks LIVE can be seen touring around the UK.  At 9 years old, Samantha performed in her very first pantomime as a child dancer in Goldilocks and the Three Bears and is thrilled to be returning in a different role many years later!