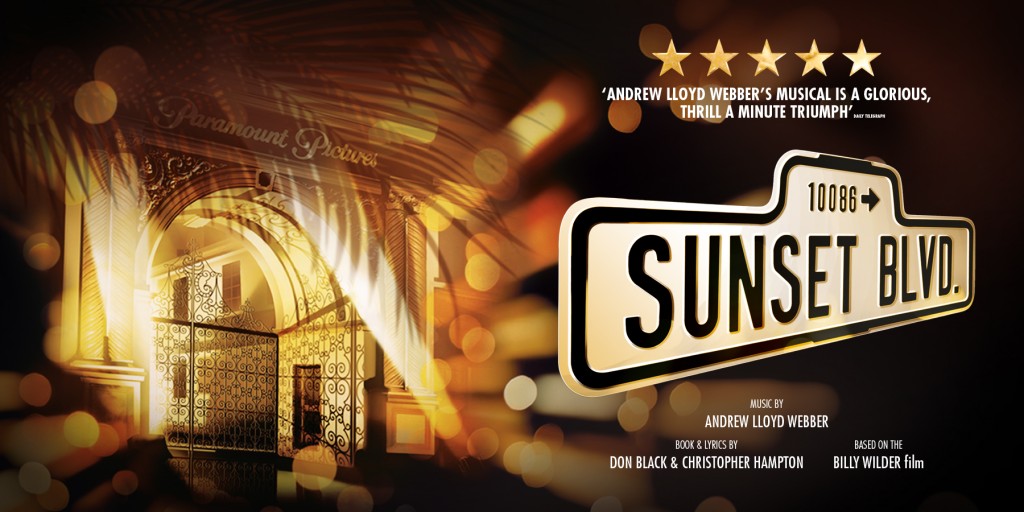 One of the all-time great musicals, Sunset Boulevard is a compelling story of romance and obsession, based on Billy Wilder’s legendary film, with Don Black and Christopher Hampton’s wonderful book and lyrics. The original West End production opened at the Adelphi Theatre in 1993. A complex study of unrequited love, loneliness and searing ambition, Sunset Boulevard pays homage to the golden age of Hollywood.

In her mansion on Sunset Boulevard, faded silent-screen goddess, Norma Desmond, lives in a fantasy world. Impoverished screen writer, Joe Gillis, on the run from debt collectors, stumbles into her reclusive world. Persuaded to work on Norma’s ‘masterpiece’, a film script that she believes will put her back in front of the cameras, he is seduced by her and her luxurious life-style.  Joe becomes entrapped in a claustrophobic world until his love for another woman leads him to try and break free with dramatic consequences.

Internationally acclaimed musical theatre star Ria Jones, who received standing ovations every night when performing the role at the London Coliseum as understudy to Glenn Close, will play Norma Desmond.

With book and lyrics by Academy Award winners Don Black and Christopher Hampton and music by Andrew Lloyd Webber, Sunset Boulevard features songs such as With One Look, The Perfect Year, The Greatest Star Of All and the title song, Sunset Boulevard. Performed by a 16 piece orchestra, this “majestic, mesmerizing and teasingly seductive!” (The Evening Standard) production promises to be a spectacular event.

Tickets for Sunset Boulevard go on sale to the general public at 2pm on Mon 6 February 2017, with Hippodrome Friends priority booking from Fri 3 Feb at 2pm.