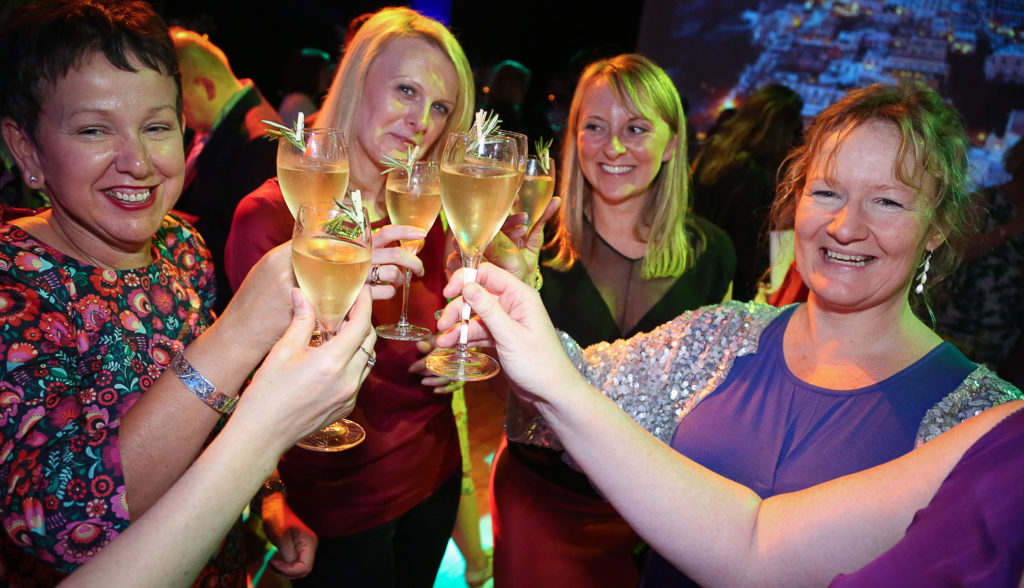 On Tues 25 July, business representatives from across the region arrived at Birmingham Hippodrome in style for the official unveiling of the theatre’s new corporate event spaces.

The free open day entitled The Greatest Show Around On Earth saw over 100 representatives from the local corporate community arrive at Birmingham Hippodrome for one of three dedicated slots taking place throughout the day to find out more about the venue’s unique hospitality and catering offer.

Guests at the event included representatives from across regional business sectors alongside well-known agents including Marketing Birmingham, EWL Midlands and ToBook.

Visitors at the Open Day were invited to find out more about the Hippodrome’s reputation for delivering theatrical flair to meetings, conference, private party and corporate hospitality bookings with an escorted tour of the venue’s versatile event spaces. These include the newly refurbished Lloyds Suite, PWC Suite and Gowling WLG Suite alongside the larger-scale Studio 5 and 200-seat studio space, The Patrick Centre.

Guests at the event were also given the opportunity to sample a contemporary breakfast including home-made granola, greek yoghurt and fresh fruit compote, a delicious conference-style lunch that featured macaroni cheese bon bons and an informal bowl food supper with flavoursome dishes based on fish, chicken or vegetables.

Hosted by the venue’s Business Development, Hospitality and Catering Teams, the free open day also featured the chance to hear more about some of the venue’s recent success stories which included a 450-person ‘Winter Is Coming’ themed awards ceremony for the Casual Dining Group, The West Midlands Volunteer Awards on behalf of Ironbridge Gorge Museum, an on-stage Welcome Event for Birmingham City University’s Faculty of Arts in 2016, plus private hospitality packages for Birmingham Airport, CBRE, Hoare Lea & Partners, Lloyds Bank and PwC.

Judith Greenburgh, Head of Business Development at Birmingham Hippodrome, said: “We were delighted to welcome so many guests from the corporate community to our Open Day and talk to them about how we can help meet their future event needs.  Our new-look spaces are innovative and versatile and are an excellent response to the current meeting industry’s standards. We approach events with a big dose of theatrical flair making them memorable for the delegates and smooth running for the organiser.”

Paul Faulkner, Chief Executive at Greater Birmingham Chamber of Commerce added: ‘I encourage businesses of all sizes to consider using the excellent facilities at Birmingham Hippodrome for meetings, conferences and events of any kind. I know from experience that you can expect first class service and the new-look rooms are also first-rate. A meeting at the theatre also supports their charity work, just another great reason to do business there.’

By holding an event at Birmingham Hippodrome you are making a direct contribution to its wider artistic and community ambitions as an independent charity, including Hippodrome CREATIVE projects.

To find out more about our event spaces and venue hire at Birmingham Hippodrome, contact the Events Team now on 0844 338 6500 or email events@birminghamhippodrome.com

Notes to Editors: Birmingham Hippodrome is an independent, not-for-profit, registered charity (No. 510842) welcoming an average 500,000 visits annually making it the most popular single auditorium in the UK. Birmingham Royal Ballet and DanceXchange are resident partners; the theatre presents all of Welsh National Opera’s repertoire, and welcomes the best in international dance, major touring dramas, West End musicals and one of the UKs biggest pantomimes. It also houses the 200-seat Patrick Centre, with extensive events facilities, and its own restaurant.

Through Hippodrome CREATIVE we deliver successful projects in education and the wider community.  With numerous supportive partners we have recently co-produced and produced new events including The Voyage (for the London 2012 Cultural Olympiad), Minimum Monument, Summer in Southside, About Town (for the Ikon Gallery’s 50th Anniversary), the 4 Squares Weekender (for the opening of the Library of Birmingham), Blitz, Birmingham Weekender (celebrating the opening of New Street station and Grand Central alongside the Rugby World Cup) and Furious Folly in Sutton Park, a co-commission with 14-18 NOW, commemorating the First World War centenary.