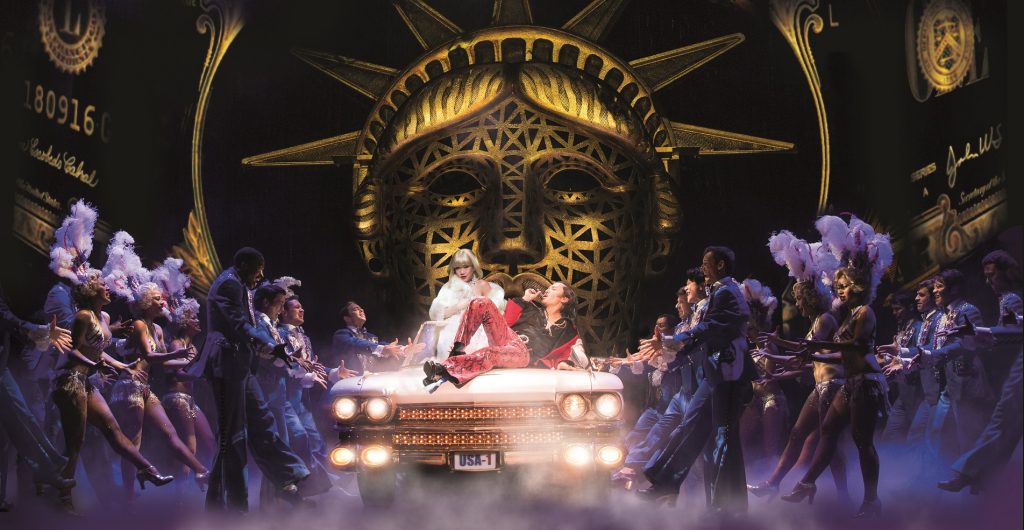 Sir Cameron Mackintosh’s acclaimed new production of Boublil and Schönberg’s legendary musical Miss Saigon – a recent smash hit in the West End – will embark on a major UK tour opening in Leicester next Summer before playing Birmingham Hippodrome from Wed 26 July – Sat 23 Sep 2017 with further casting to be announced soon.

Cameron Mackintosh said, “It’s hard to believe that it has been over 25 years since Miss Saigon first opened, but if anything, the tragic love story of the show has become even more relevant today.  This new production, directed by Laurence Connor, takes a grittier, more realistic approach than the original production while still delivering the power and epic sweep of Boublil and Schönberg’s tremendous score. Of all my shows, Miss Saigon is the one that I have received the most requests from the public to bring back.

“I am thrilled that audiences around the UK will get to see this tremendous new production that audiences and critics in London have embraced since it opened in 2014 which I am now taking to Broadway with its original West End stars opening next March at the Broadway Theatre. Audiences who can’t wait will get a preview of the scale of this wonderful production at forthcoming screenings of the Miss Saigon 25th Anniversary Performance which was filmed live in London, in selected screens across the UK on 16 October.”

The new London production of Miss Saigon opened in London in May 2014 to record-breaking advance sales and critical acclaim. Dominic Cavendish in The Daily Telegraph wrote, “This thrilling new production spills out beyond the theatre and speaks directly to the times we live in”. The show swept the board at the 2015 Whatsonstage.com awards winning a record breaking nine awards, the most awards ever won by a single show in the 15-year history of the awards including: Best West End Show and Best Revival of a Musical.

Miss Saigon tells the story of young bar girl named Kim, orphaned by war, who falls in love with Chris, an American GI – but their lives are torn apart by the fall of Saigon.

Miss Saigon has music by Claude-Michel Schönberg with lyrics by Richard Maltby Jr. and Alain Boublil, adapted from original French lyrics by Alain Boublil, with additional lyrics by Michael Mahler. The new production is directed by Laurence Connor with musical staging by Bob Avian and additional choreography by Geoffrey Garratt.  Production design is by Totie Driver and Matt Kinley based on an original concept by Adrian Vaux; costume design by Andreane Neofitou; lighting design by Bruno Poet; sound design by Mick Potter; and orchestrations by William David Brohn.

Since its London premiere in 1989, Cameron Mackintosh’s production of Alain Boublil and Claude-Michel Schönberg’s epic musical Miss Saigon has become one of the most successful musicals in history.  The original Broadway production of Miss Saigon opened on April 11, 1991 with what was the largest advance sale in Broadway history ($37 million).  The show went on to play for nearly ten years and 4,063 performances seen by more than 5.9 million people. Miss Saigon has been performed in 28 countries, over 300 cities in 15 different languages, has won over 40 awards including 2 Olivier Awards, 3 Tony Awards, and 4 Drama Desk Awards and been seen by over 35 million people worldwide.

Miss Saigon will visit Birmingham Hippodrome from Wed 26 July – Sat 23 Sep 2017. Tickets go on sale to Friends and Patrons on Wed 28 Sep and to Groups on Tue 11 Oct. Tickets for Miss Saigon go on sale to the general public on Tue 18 Oct.

Through Hippodrome CREATIVE we deliver successful projects in education and the wider community.  With numerous supportive partners we have recently co-produced and produced new events including Minimum Monument, The Voyage, Summer in Southside, About Town, Blitz, the 4 Squares Weekender and Birmingham Weekender (celebrating the opening of New Street and Grand Central alongside the Rugby World Cup). Furious Folly will be presented this summer in Sutton Park co-commissioned by 14-18 NOW for the World War One commemorations.