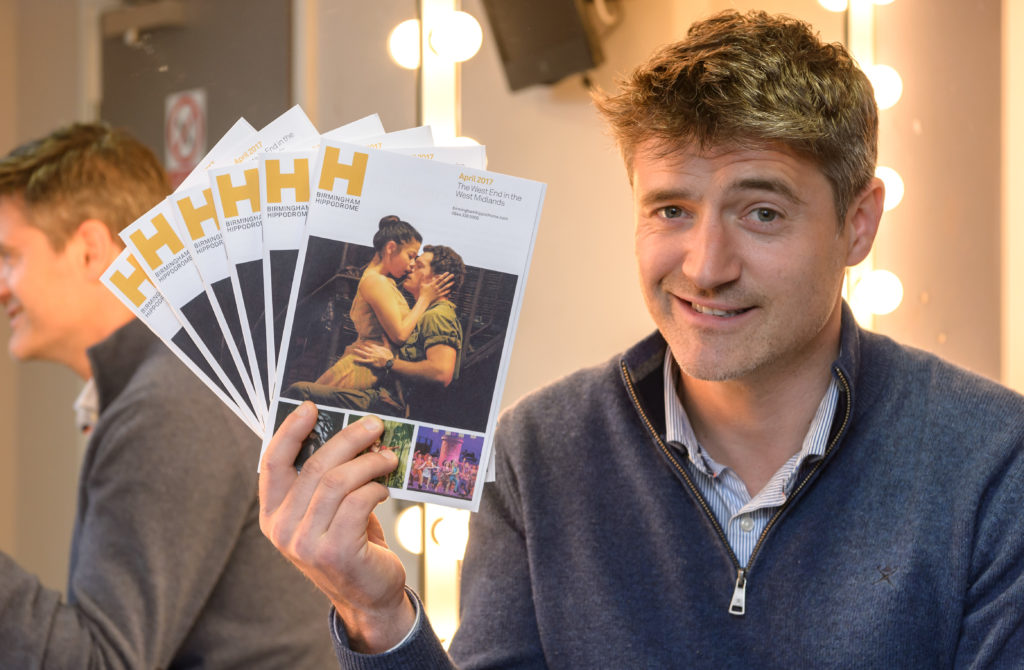 Actors, Directors and Producers from across the UK gathered at Birmingham Hippodrome last week to usher in a sparkling new season of shows, featuring the best in West End musicals, world-class opera, ballet, free outdoor festivals and more.

On hand to welcome audiences and guests at the Hippodrome’s Season Taster evening on Thursday 4 May were Chief Executive and Artistic Director of Birmingham Hippodrome, Fiona Allan and Heart FM Breakfast Presenter, Broadcaster and Journalist, Ed James.

Joining them for the evening were special guests Jean-Pierre Van Der Spuy, Associate Director of Cameron Mackintosh’s acclaimed new production of Boublil and Schönberg’s legendary musical Miss Saigon, Paul Kerryson, Director of the international smash-hit musical comedy Hairspray and star of Crazy For You and Strictly Come Dancing, Tom Chambers who was on hand to share anecdotes about life on tour and his excitement about being re-united with his fellow Strictly Come Dancing co-star Caroline Flack.

Speaking at the event, Tom Chambers commented: “Crazy For You is the ultimate role for me – I absolutely love it. There’s a lot of physicality – it’s like a cross between Tarzan, 42nd Street and Me & My Girl.”

Commenting on the 2017-18 UK Tour of Miss Saigon, Jean-Pierre Van Der Spuy said: It’s got something for everyone: it’s funny, it’s a great love story, there’s dancing and an amazing score by Claude-Michel Schönberg…I think theatre should be either thought-provoking or entertaining, and this is both.”

Discussing the new UK Tour of Hairspray, Director Paul Kerryson added: “I’m so thrilled that Hairpsray is coming to the Hippodrome because it’s going to look great on this stage…this is not just a bubble gum show – it’s a great show that deals with a lot of important issues. “It’s about acceptance rather than triumph over adversity. Tracy gets bullied but she also gets her man, brings her community together and becomes the star of the show. She’s got a big heart, a big voice and big hair!”

Also on hand to discuss the Hippodrome’s forthcoming B-Side Hip-Hop and Summer in Southside festivals was Director of Creative Programmes Graham Callister.

Audiences at the Season Taster were also treated to a special performance by Welsh National Opera’s Natalya Romanwi who provided a stunning rendition of ‘Un Bel Di’ from Madame Butterfly, accompanied by Bernard Tam on piano. Welsh National Opera return to Birmingham Hippodrome with a triple-bill of Madam Butterfly 27-30 June, Die Fledermaus on 28 June and Der Rosenkavalier on 1 July.

Tickets for Matilda the Musical go on sale to the General Public on Tue 9 May at 12noon.