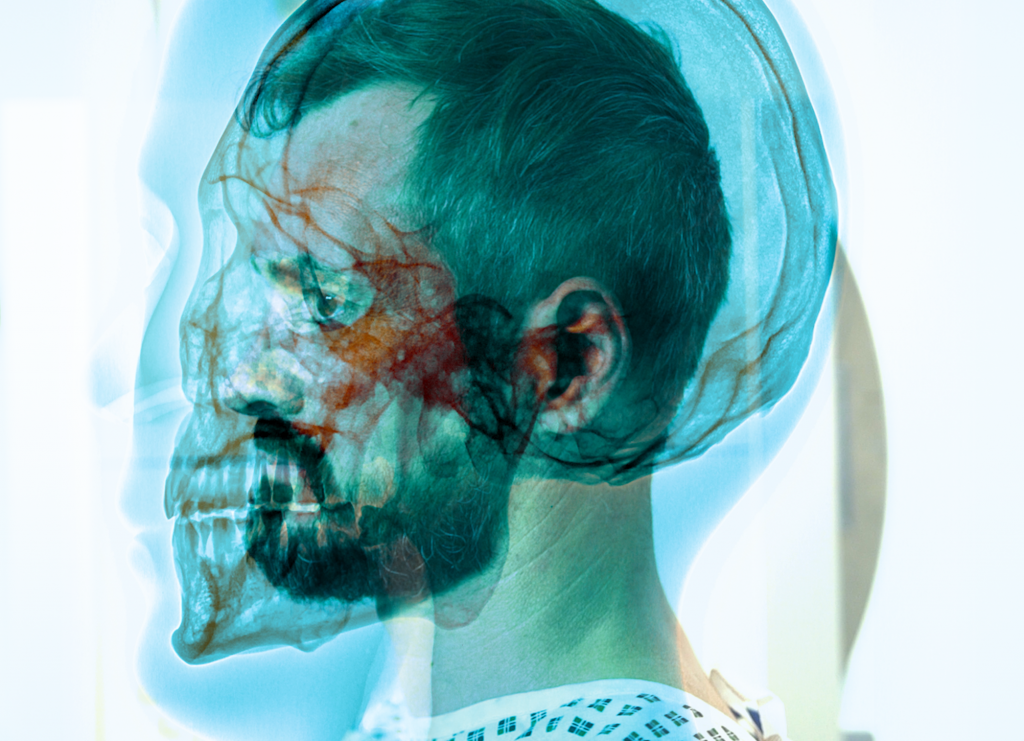 X-Ray: The Unknown Quantity is a new collaboration between Birmingham Hippodrome, Birmingham City University and Birmingham Children’s Hospital which has been commissioned to coincide with the 120th anniversary of the first, medical X-Ray performed by Birmingham radiology pioneer Major John Hall-Edwards.

Hall-Edwards was a high profile public figure in the city at the turn of the 20th century and did much to advance scientific understanding of X-Ray imaging as well as the prevention and treatment of cancer. Towards the end of his life, he lost his left arm as a result of radiation exposure and his amputated arm is now preserved in the collection of the University of Birmingham.

X-Ray: The Unknown Quantity explores the aesthetics, sounds and actions of X-Ray machines as well as different people’s experiences of using them. The finished work is formed of three distinct perspectives – the patient’s, the operator’s and the machine’s – and uses dance, sound and ‘xograms’, images depicting the shadows of objects, to present these different aspects.

The short film will be launched via the Birmingham Hippodrome website on Thursday 8 November to coincide with World Radiography Day and International Radiology Day an international day of celebration marking the anniversary of the discovery of x-radiation by German Physicist Wilhelm Roentgen in 1895.

The film will also be displayed via Birmingham Hippodrome’s digital screens located in the Main Foyer and at partner venues Birmingham City University and Birmingham Children’s Hospital throughout November.

Graham Callister, Director of Creative Programmes at Birmingham Hippodrome said:  ‘Hippodrome CREATIVE wanted to commission a new artwork that would draw attention to Hall-Edwards’ work and Birmingham’s role in this important medical breakthrough with worldwide implications. It’s also an opportunity to highlight how the city continues to be a world leader in medical imaging today.

Radiography remains one of the most important tools in modern medicine, enabling diagnosis and assessment that without the use of X-rays, imaging and ultrasound would otherwise be impossible.  Birmingham Children’s Hospital alone performs in excess of 69,631 examinations each year. High-energy radiation also provides life-saving treatment in cancers and tissue disease.

This new commission therefore brings together leading local and national artists to combine hip hop dance, visual, sound and sonic art with film production skills to create an innovative new digital artwork that references the present day medical X-ray experience.  Through the project participating artists have had the opportunity to explore exciting new avenues for artistic creation and broaden the reach of the project through an associated programme of talks and workshops with partners Birmingham Children’s Hospital, Birmingham City University’s School of Allied and Public Health Professions – the Midlands’ only centre for radiography training – Vivid Projects and BOM.’

Hugh Turvey trained as a designer / art director but on discovering photography he retrained under iconic photographer Gered Mankowitz. During 1996/1997 he started experimenting with x-ray/shadow photography after being asked to create an alternative ‘revealing’ image for an album cover. With the encouragement of the Science Photo Library he went on to produce an extensive series of coloured x-rays of everyday objects, which were first published on the 4 April 1999 in The Observer Magazine, LIFE, UK. In the same year Credit Suisse discovered Hughs x-ray vision and commissioned 6 ground breaking ‘motion x-ray’ European TV commercials.

Mickael Marso Riviere has been based in the UK for over 15 years and has, in that time, established himself as a major force in both the contemporary dance, and bboy dance worlds. Professionally trained at the Titus and Elena Pomsar Ballet school, Rosella Hightower International Dance Schools, and The Circus Space, he launched his professional dance company, Company Decalage in 2005 which has performed at a number of venues and festivals in the UK and internationally.

Actively involved in the Hip Hop scene as a Bboy and event producer, Mickael founded Birmingham’s first street dance agency Bboy’s Attic in 2004 which later teamed up with one of the UK’s leading Breakin’ Crews MDK. Michael is also the TBB UK Chapter president of one of the original Breakin’ crews and Hip Hop families entitled The Bronx Boys.

Mickael has presented work at British Dance Edition, The BBC Proms, The Place, MasDanza Spain, the Queen’s Jubilee, the London Aurora Orchestra (Maxamorphosis), Sampad (Mandala) as part of the cultural olympiad and Big Dance 2012 (SwimMorphosis) ConsuMorphosis at Breakin’ Convention 2013,and Eden Court, Inverness, Matches and Halfway to the Other Side at International Dance Festival Birmingham 2014, DanceXchange,  British Dance Edition and Resolution! – The Place, London.

Justin Wiggan works with sound, history and performance to discover the links between the two roles humans fall into: the internal tourist and the external explorer. His work embraces a sense of devolution and eradication of a problem that goes way beyond cultural breakdown, concerned with ‘the end of a system’ through a practice which engages with the redevelopment of the sense of hearing as a learning tool and awareness machine.