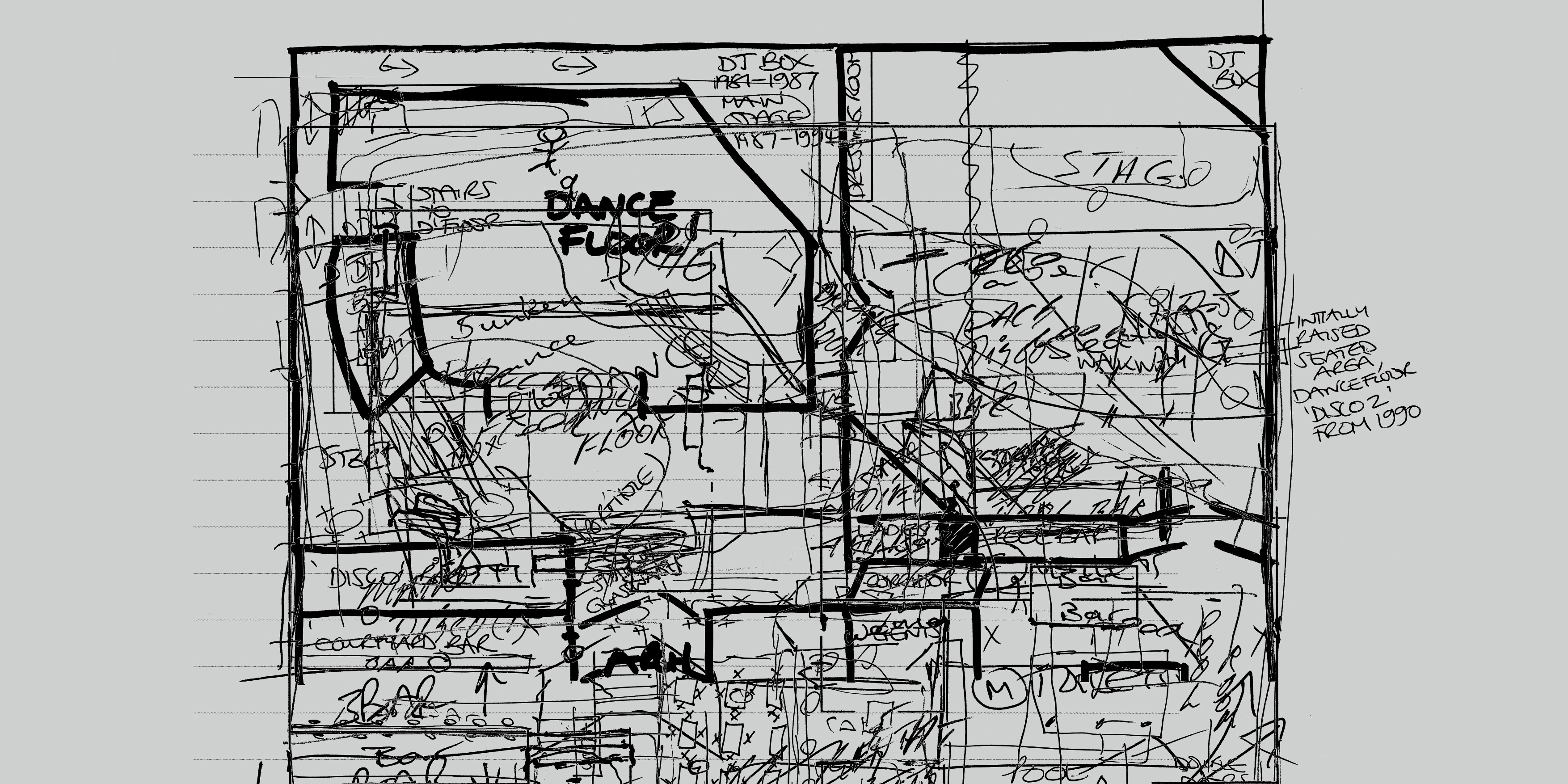 If Memory Serves is a research project by Ryan Kearney, looking to narrate The Nightingale Club’s previous venue on Thorp Street, which in 1994 was acquired for the Hippodrome’s expansion.

Through a combination of first-hand accounts and archival material, the display considers the role of memory in forming a queerer archive, while encouraging discussions around the regeneration of Birmingham’s LGBTQ+ spaces.

Ryan Kearney (b. 1995, Birmingham) is an independent curator and researcher based in London. His on-going research centres on participatory and socially engaged curatorial practices, as well as how the displaying of queer archival histories can facilitate intergenerational discussions.

On display in Level 2 gallery. Pop in from 10am Mon- Sat.

Image: Detail of sketches by participants in the project, courtesy of Ryan Kearney.