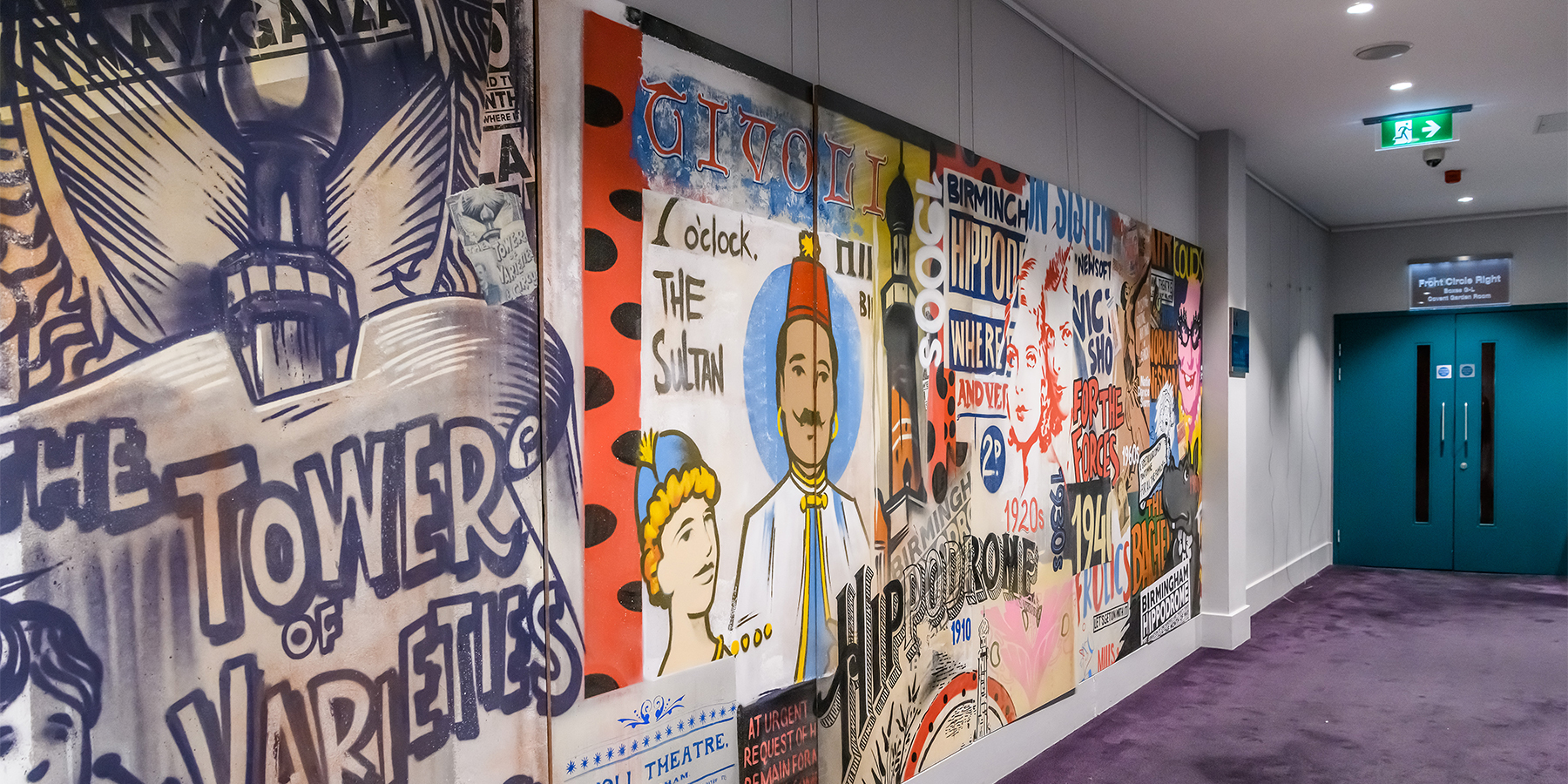 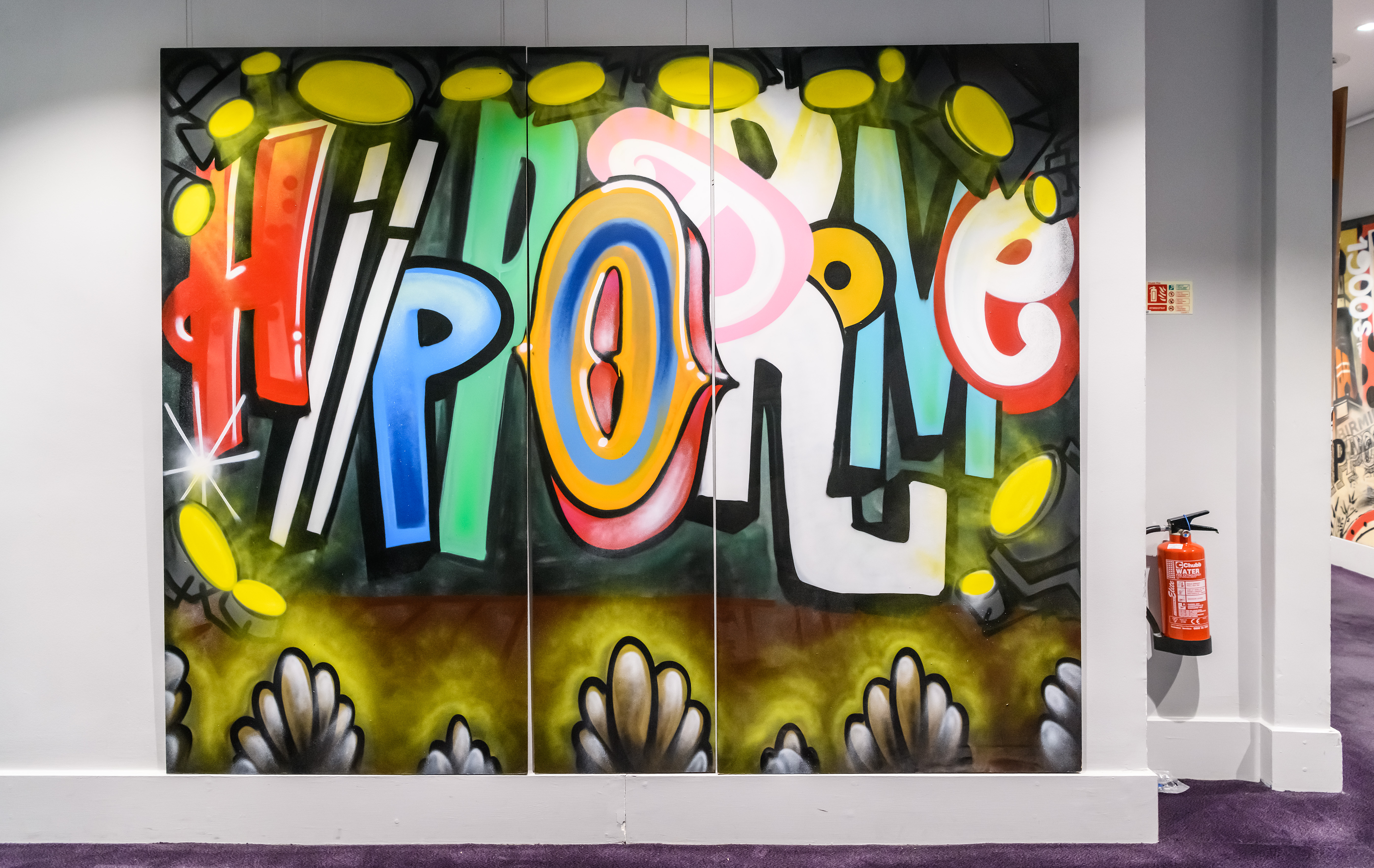 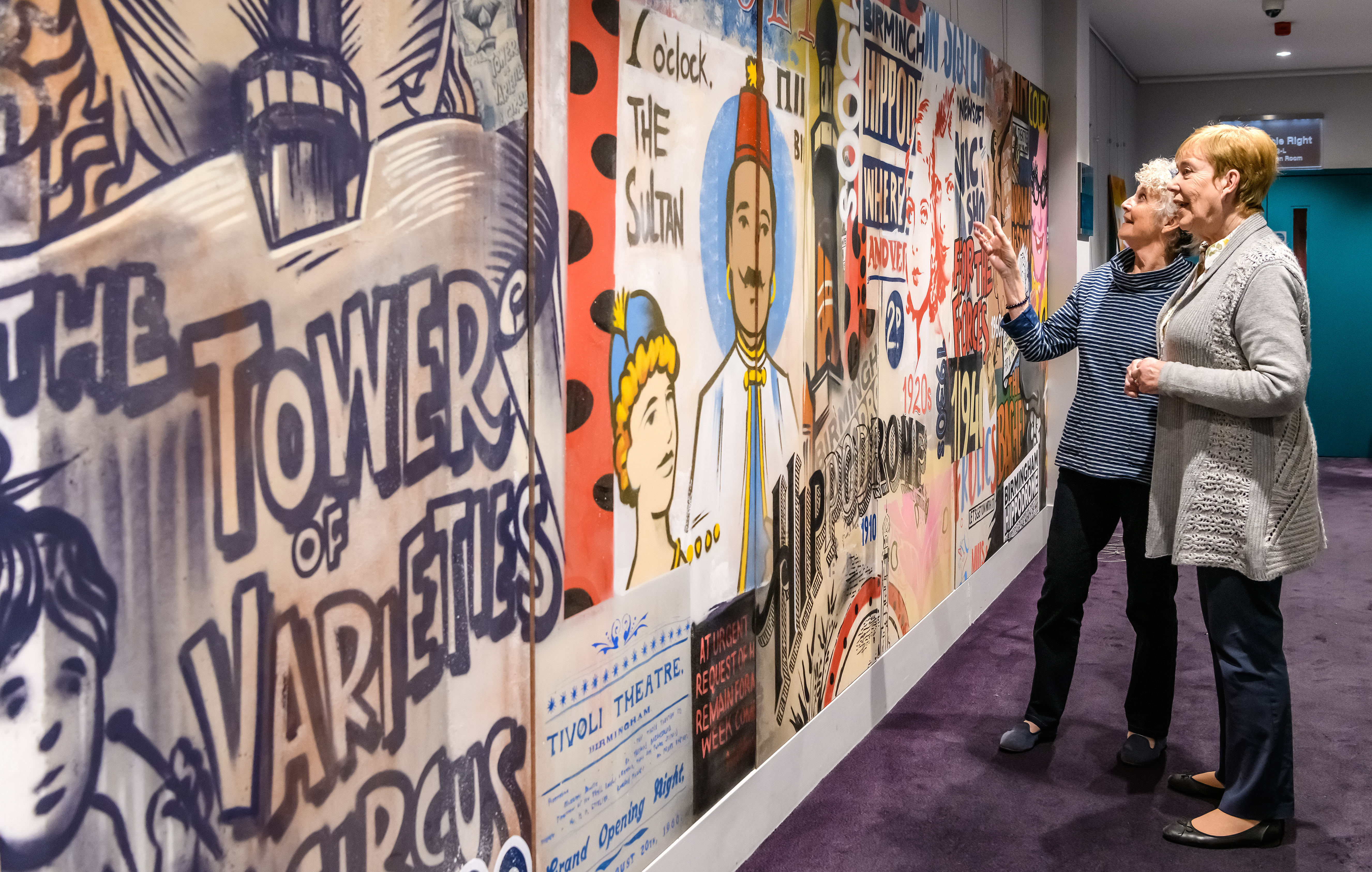 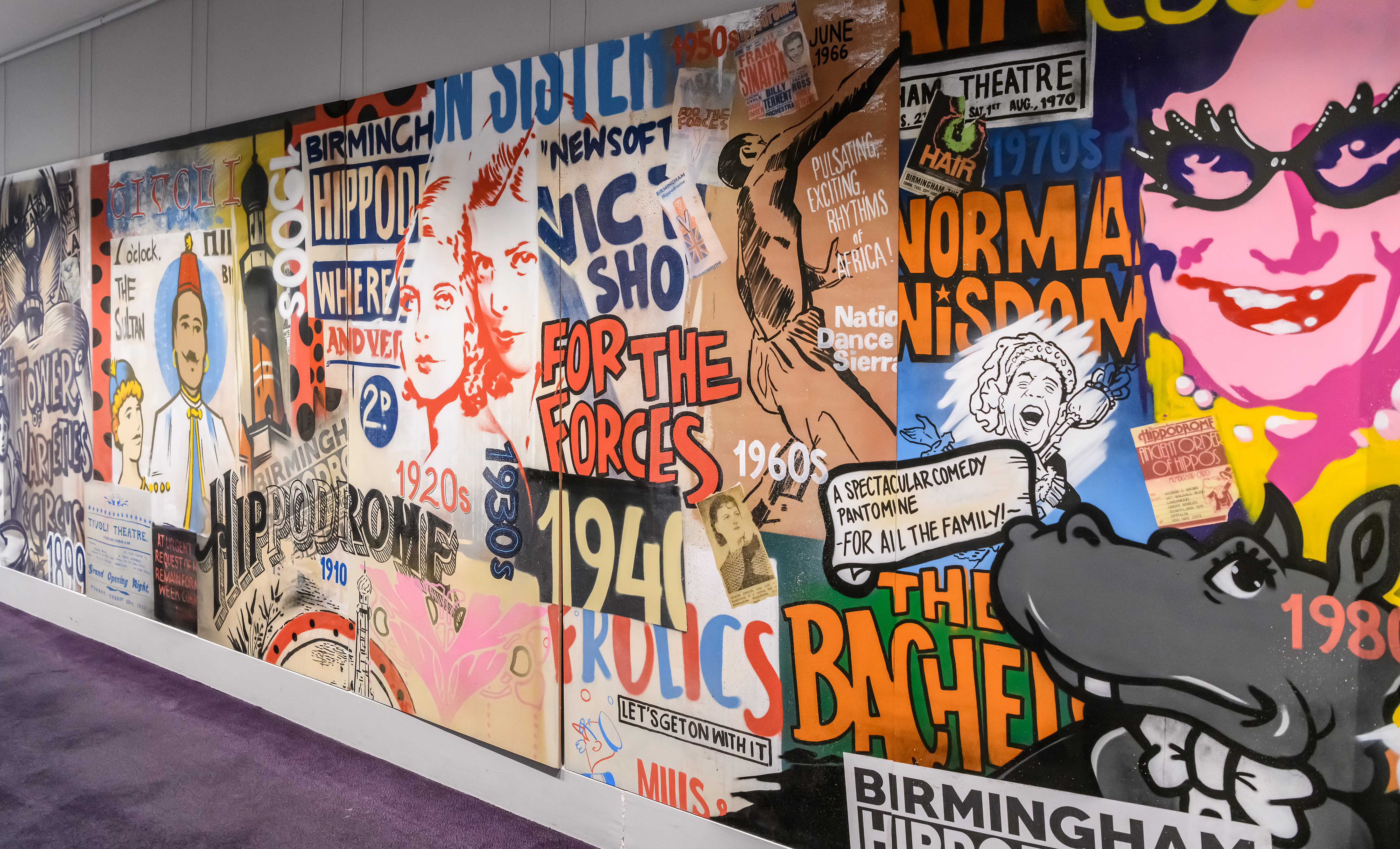 In celebration of B-SIDE Hip-Hop Festival and Birmingham Hippodrome’s 120th birthday year, we are delighted to present a series of Hippodrome-inspired and newly-commissioned indoor graffiti works, including an 8.5 metre group mural, by renowned Birmingham graffiti artists Gent48, Wingy and Flake.

The word graffiti derives from the Italian sgraffio (drawings on a flat surface) and the Greek graphein (the written marks found on ancient Roman architecture). Modern graffiti, now usually done with spray paint or markers, originates with the ‘tags’ that appeared in New York City in the late 1960s. Tags, which are essentially the names of their author, remain a key part of graffiti. In recent years, graffiti has come to include street art so that the graffiti we see today may include tags, imagery, symbols or a combination of the three.

Far from its reputation in the 1960s as a destructive form of vandalism, graffiti today is exhibited by arts organisations, sold in galleries and commissioned by property owners to support city regeneration. Just take a look at Birmingham’s iconic Custard Factory to see this in practice.

Gent 48 is a Birmingham based illustrator and mural painter who graduated from Birmingham City University with a 1st in Visual Communication. He has been commissioned by many high profile companies including Aquascutum, Jo Malone and the BBC. He is often invited abroad to paint, across Europe to Australia and even as far as Tahiti, where he won 3rd place in an international graffiti competition. He has recently focused on commissions of large-scale murals, interiors for businesses and brand engagement.

Mixed media graffiti artist Simon Wingfield has worked on a wide range of international projects, for everyone from local charities to Hollywood film & TV studios. From witnessing the early years of Birmingham’s graffiti and electronic music scenes through a formal design education, Simon has developed an exciting, multi-disciplinary mix of styles and an Impressionistic use of line, whether splattered from spray cans on huge walls or drawn loosely on a smaller scale.

In his own words, “Hip-Hop has been the main influence on my life. From the age of 13 I’ve been painting graffiti, and plan to do so until my can runs out for good. My style is rough and ready, I leave the drips in and let the Funk flow…”