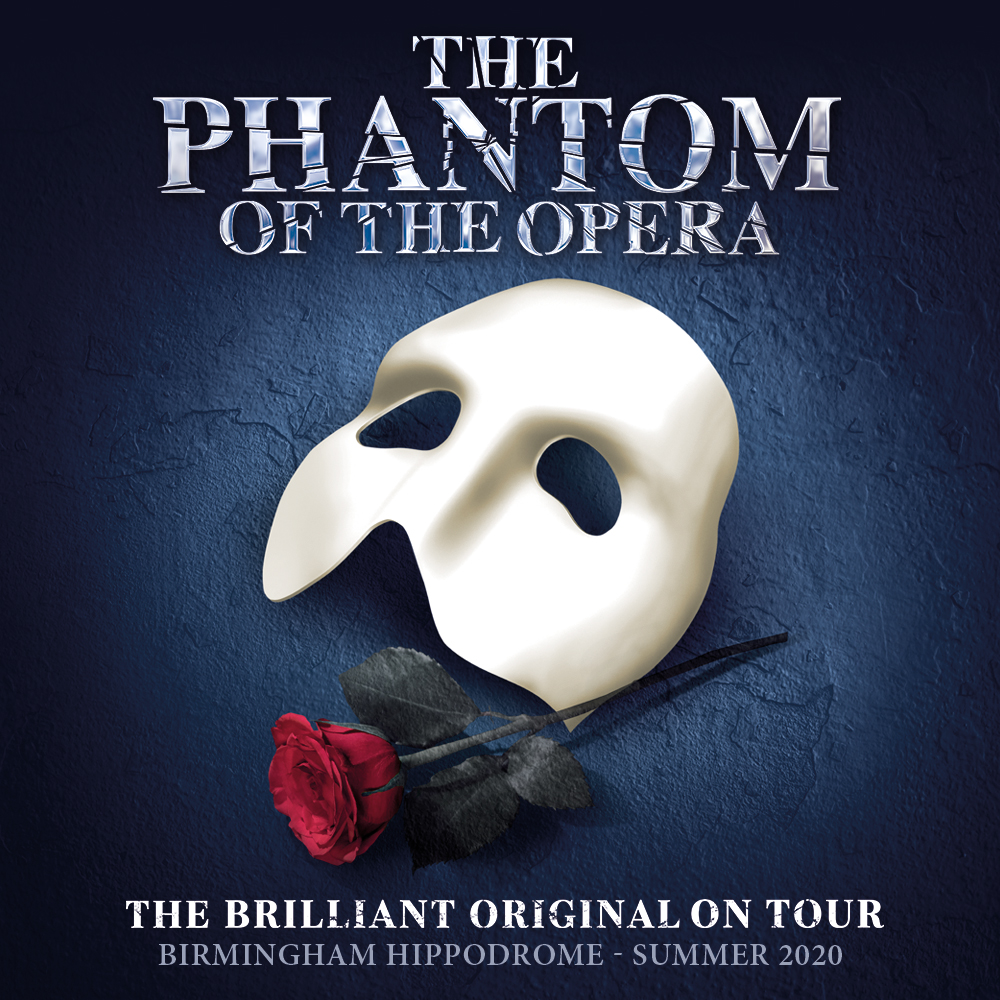 The brilliant original production of Andrew Lloyd Webber’s The Phantom of the Opera will come to Birmingham Hippodrome in 2020 as part of a major UK and Ireland tour.

To be the first to get your hands on the best seats in the house become a Friend here.

Produced by Cameron Mackintosh and The Really Useful Theatre Company Limited The Phantom of the Opera‘s romantic, haunting and soaring score includes Music of the Night, All I Ask of You, Masquerade and the iconic title song.

The Phantom of the Opera tells the tale of a disfigured musical genius known only as ‘The Phantom’ who haunts the depths of the Paris Opera House. Mesmerised by the talents and beauty of a young soprano – Christine, the Phantom lures her as his protégé and falls fiercely in love with her. Unaware of Christine’s love for Raoul, the Phantom’s obsession sets the scene for a dramatic turn of events where jealousy, madness and passions collide.

The Phantom of the Opera is one of the most successful musicals in history playing to over 145 million people in 41 countries and 183 cities in 17 languages. It has won more than 70 major theatre awards, including seven Tony Awards and four Olivier Awards.

Fiona Allan, Birmingham Hippodrome Artistic Director and Chief Executive said; “The Phantom of the Opera is the very definition of a blockbuster musical, having played in London for 33 years and been seen by 145 million people worldwide. Now Birmingham audiences will have the opportunity to experience this extraordinary production, as once again the Hippodrome brings the very best of the West End to the West Midlands.”