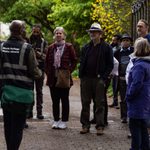 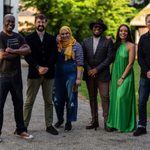 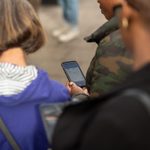 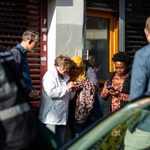 China Plate, Birmingham Hippodrome and Birmingham 2022 Festival have launched Soho Settlers, a Creative City Project featuring a new heritage walk and a series of audio stories and poems inspired by residents of the Soho Road and Handsworth.

Residents have been sharing their stories of migration during curated walks and memory workshops with Black Heritage Walks Network and digital creative writing company Overhear, whilst also considering their own connection to Handsworth’s rich cultural history.

Their stories have been turned into audio pieces by Overhear, including newly commissioned poems, and worked into a brand-new heritage walk from Black Heritage Walks Network.

The audio pieces have been digitally pinned to the real-life locations that inspired them via the Overhear app, which users can download and use to collect by the stories and poems as they explore Handsworth and its history of migration. Whether experienced in a park, a housing estate or a bus stop, audiences will be encouraged to pause, listen, reflect, and ultimately celebrate the vibrant community that calls Handsworth home.

Residents’ stories have also been the inspiration for a new walking tour co-created and led by Black Heritage Walks Network, a Community Interest Company. The two hour walk is an opportunity to explore Handsworth and experience one of Birmingham’s super diverse communities from the beautiful, genuine perspective of the people that came to live there from around the world.

The project was inspired by the 1963 Bristol Bus Boycott, a pivotal moment in the UK’s civil rights history. Soho Settlers is part of three community projects that are running alongside ‘To The Streets!’, a brand new concert musical which will be performed in parks across the West Midlands this summer, also as part of the Birmingham 2022 Festival. To The Streets! will take place between 19– 28 August at Handsworth Park in Birmingham, Windmill Hill, Warwick Arts Centre, Coventry and West Park, Wolverhampton.

Jade Samuels, Producer of Soho Settlers said: “We hope to see lots of people explore our app and join our heritage walk to take in new places and hear new voices. It’s a fantastic way to experience Birmingham’s super diverse area from the perspective of the people who have lived there through the decades. I’m super grateful to the people of Handsworth for being so open and allowing us into their worlds to immortalise their stories forever, thank you for the food and the chats!”

Garry Stewart, Managing Director at Black Heritage Walks Network said: “We are extremely proud that Soho Settlers tells stories of the diverse communities who settled in Birmingham. It is important that their lives and personal experiences are documented and further cemented into the archives of Birmingham’s histories. The Soho Settlers walking tour is unique in that it combines the traditional guided tour with digital technology to provide a true celebration of the residents and communities in the area.”

Tom Peel, Director at Overhear said: “It’s an honour to work with the residents of Handsworth and to be trusted with their stories. The collaborative process of collecting, distilling, and sharing the histories of the people we talked to has been a joy and privilege we do not take for granted. Overhear is all about asking for a place to speak – and Handsworth certainly has a lot to say. We’re incredibly excited to share all this amazing audio with the wider community.”

Black Heritage Walks Network will be running guided Soho Settlers walks on 19 and 20 August, 10am-2pm and 3 and 24 September, 1pm – 3pm. Spaces can be reserved here.

The audio trail can be experienced at any time via the Overhear app. Find out more about Soho Settlers and To The Streets! here.